Exit of tens of millions of shekels to the surrogacy company... 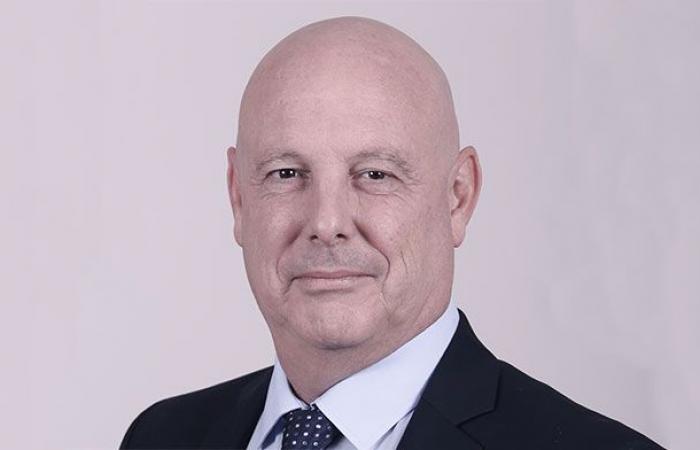 Denal, which provides nursing services mainly to those entitled under the National Insurance Law, personnel in the field of human resources and the operation of foster care institutions, is expanding its activities in the field of private medicine, with the acquisition of control (51%) of Manor Medical for NIS 40 million.

Prior to the transaction, Manor Medical, which operates in the fields of surrogacy, egg donation and medical tourism, is owned by the couple Ami and Liora Manor, in equal parts. As part of the transaction, Liora will sell all its holdings (50% of Manor Medical’s shares), while Ami Manor will sell 1% and remain with a holding of 49% of the company’s capital.

Denal’s update on the subject shows that in the coming years, the value of Manor Medical will be examined according to its performance in the years 2021-2022. In the event that the “amount of performance value” is greater or less than its value in the current transaction, the amount of consideration in the transaction could increase to NIS 70 million, or decrease to NIS 33 million – a case in which the sellers will be required to return NIS 8 million to Danel. Ami Manor’s shares in the company will be encumbered in favor of Danel.

The balance of the shares in the acquired company (49%) will remain with Ami Manor, but the parties have the option to make a transaction on the part that will remain with Manor, starting in May 2023, at a value to be determined in accordance with Manor’s financial results. It was further stipulated between the parties that Manor will serve as CEO of the company being sold at least until the beginning of 2023. Completion of the transaction is subject to several conditions and both parties have the option to cancel it in case it is not completed by the end of January.

“Areas of activity are affected by the ability to fly”

Manor Medical, according to Danel’s description, was established in 2008 and deals with three areas – surrogacy, in a procedure performed in Georgia by local carrier mothers, with the support of an Israeli medical team; Egg donation, received from donors at a clinic in Kiev, the capital of Ukraine, in a medical procedure performed by an Israeli medical staff; And mediated by medical tourism – between foreign patients and Israeli doctors. At the end of 2019, Manor employed about 50 employees, in addition to the services it receives from various service providers “relating to its areas of activity”.

The data presented by Danel also show that in the previous two years (2018-2019), Manor’s annual revenues were in the range of NIS 72-75 million, and its net profit approached NIS 6 million each year.

Danel also referred to risk factors for the acquired activity, some of which were derived from the effects of the corona, noting that Manor’s areas of activity are “greatly affected by the ability to fly to and from the country.” Thus, the traffic restrictions imposed following the spread of the virus led to a “significant reduction in activities,” but, according to Denal, “Manor management worked to find alternative models and also took significant steps to cut its costs.”

“As far as surrogacy and egg donation are concerned, this is a tough market, so the restrictions imposed due to the spread of the corona virus did not affect demand in these areas, and therefore, the possibility of flying to and from Israel should lead to a full return of activity in those areas.”

Regarding potential threats to activity, Danel notes that “orders have recently been issued in Georgia, which could make it difficult for foreign couples to carry out surrogacy proceedings in Georgia. Manor has made a number of adjustments, which it claims have the effect of reducing exposure.”

Denal plans to fund the acquisition from its own sources, and looking ahead it notes that the acquisition “is made as part of the company’s growth strategy, in which the company has entered the medical field, and its desire to increase the range of medical services it provides.”

The Danel Group was represented in the transaction by attorneys Miki Barnea, Ilan Blumenfeld and Moshe Minster from the Barnea firm, Jafa Landa. According to Ilan Israeli, CEO of Danel: “This acquisition is another step in realizing the Danel Group’s growth strategy and establishing its medical division as a significant factor in the industry. “Private medicine in Israel. Manor Medical is an excellent company that has succeeded in producing a unique model that combines professional Israeli medicine in Eastern European countries.”

Manor’s planned acquisition comes after last year Denal invested about NIS 75 million in the purchase of the “Eyes Private Glasses Removal Center” company, which deals with the removal of glasses through laser surgery, in which it paid about NIS 25 million to the couple Dr. Shmuel Levinger and Dr. Ronit Levinger, while the balance was invested in the acquired company in exchange for an allotment of shares.

According to Denal’s reports for 2019, the eye company’s contribution to its profits last year, from the date of completion of the transaction at the end of May, reached a little over NIS 6 million, and the contribution to revenues accumulated in seven months to NIS 76 million.

Consolidation of eye results, and especially an increase in revenues from the field of nursing as well as in the field of special populations, together supported an 18% increase in Denal’s revenues in the first half of the year, which reached NIS 932 million, and its net profit for this period jumped by 45% to 55 a million shekels .

A phenomenal return of about 2,900% per decade

Although Danel’s stock suffered significant declines earlier this year, as part of the general market crash, due to the spread of the corona virus around the world, it has recovered since then, and has seen a 36% increase since the beginning of the year. NIS 2.3 billion. The major shareholders in Danel are several institutional entities, including Migdal, Harel, Menora and Phoenix, as well as the Nokd Capital Fund.

Over the past decade, the Denal stock has provided a phenomenal return of about 2,900% to its shareholders, while its control has changed hands several times – from the founders of the Adir family, through the private equity group KCPS to the investment company DBSI – in which everyone has benefited significantly.

In recent days, Danel has updated on the decision of the tenders committee of the National Insurance Institute “to extend the contract with the service providers in the field of nursing, including the company” until the end of 2021 on terms “identical to the current terms of the contract”.

Number of employees: about 50

These were the details of the news Exit of tens of millions of shekels to the surrogacy company... for this day. We hope that we have succeeded by giving you the full details and information. To follow all our news, you can subscribe to the alerts system or to one of our different systems to provide you with all that is new.