Marquezine shows Halloween costume and rebounds rumor: “I was at home”... 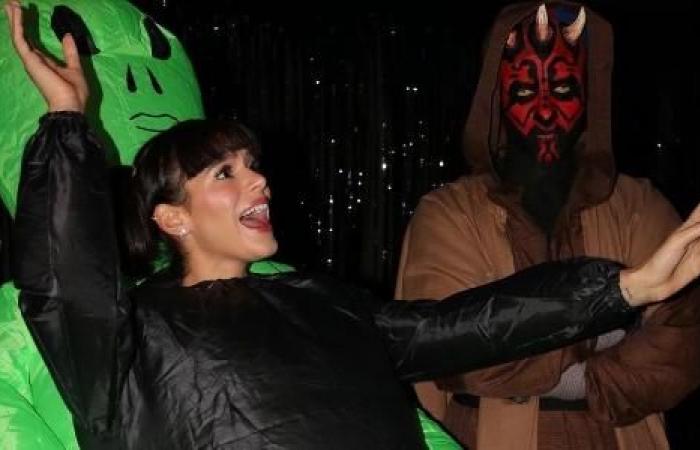 The actress Bruna Marquezine used Instagram to show her almost 40 million followers her costume for the Halloween parties.

To celebrate the date, she opted for an unusual costume that simulates an “alien abduction”, since she was inside an inflatable outfit as an “hostage” to an ET.

Among the thousands of comments, an alert from a fan caught the attention of Bruna, who had to respond to ward off any rumors that she would be at a party outside the home.

“The pandemic is not over! Stay at home, remember?”, Published a follower, who was quickly warned by the actress herself. “But I was at home, beloved,” wrote Marquezine.

In just over 10 hours, the publication already had more than 500 thousand likes, with several praises to the creativity of the actress.

These were the details of the news Marquezine shows Halloween costume and rebounds rumor: “I was at home”... for this day. We hope that we have succeeded by giving you the full details and information. To follow all our news, you can subscribe to the alerts system or to one of our different systems to provide you with all that is new.