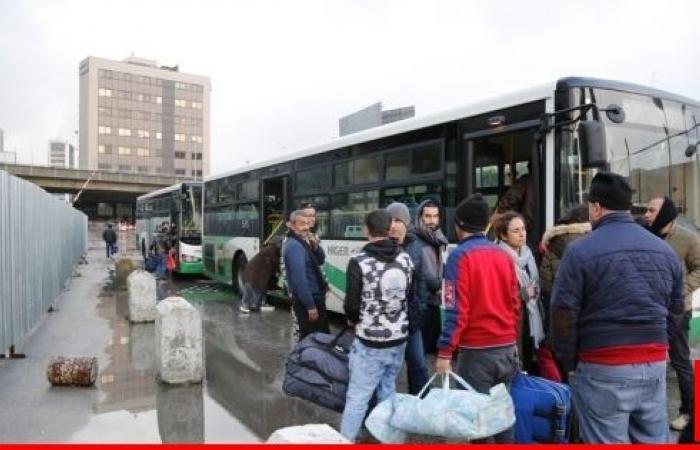 In his last televised speech, the Secretary-General of Hezbollah, Hassan Nasrallah, did not address the details of government affairs, contenting himself with renewing the party’s position that is open to logical and realistic solutions, and which supports them, that lead to the birth of the hoped-for government. He stressed that the current financial, economic and social conditions in the country cannot be managed without a government, and the continuation of a caretaker government, pointing out that the data he possesses regarding the formation of the government are good, without being overly positive. He said, “We are positive, and we will remain.”

There is no doubt that Sayyed Nasrallah’s words indicate that the contracts that impede the agreement between the concerned parties regarding the expected government formation are not with the “party”, but rather elsewhere. Knowing that this positivity may be experienced by the United States’ interference in Lebanese internal affairs, by declaring the “American veto” on the attribution of the Ministry of Health to the party, which may push it to cling to it and not to waive it.

The most dangerous and even more dangerous in the context of this interference in Lebanese affairs is what was revealed by private information stating: “A ministerial pole conveyed to Lebanese ministerial and political figures the desire of the American ambassador in Beirut, Dorothy Shea, not to respond to the Russian initiative aimed at To solve the Syrian displacement crisis in Lebanon, and thus refrain from participating and attending the Russian conference for the return of Syrian refugees, which will be held in Damascus on November 11-12, despite the sending of Russian President Vladimir Putin, to Beirut, a delegation A senior Russian leader headed by the Russian President’s Special Envoy for Syrian Affairs Alexander Lavrentiev, to invite official Lebanon to participate in the aforementioned conference.

In order to satisfy the American master, it seems that this pole has turned a blind eye to all the repercussions of displacement on Lebanon, and that it can no longer bear more financial burdens, especially in light of the severe economic crisis that befell it. There is no doubt that the country is no longer able to bear more of the negative repercussions of this displacement, which incurred losses that exceeded $ 40 billion, according to International Monetary Fund figures.

The question here is, will official Lebanon repeat the “sin of the year 2013”? When the General Secretariat of the Higher Lebanese-Syrian Council headed by its Secretary General Nasri Khoury sought to find an appropriate solution to the Syrian displacement crisis to Lebanon between 2013 and 2014, and set a timetable for the return of the displaced to Syria, and official authorities in Lebanon and Syria were contacted, in the forefront The presidents of the Lebanese Republic are General Michel Suleiman, and the government is Najib Mikati at the time, and in coordination with the Director General of Public Security, Major General Abbas Ibrahim. An agreement was reached that would lead to the formation of a joint Lebanese-Syrian committee, with the participation of the concerned departments in the affairs of the displaced in the United Nations, to set a phased program to start the return of the displaced to their country.

However, after agreeing on the names of the committee’s members, the Lebanese side informed the “General Secretariat” that it was unable to issue the appropriate decision regarding the formation of this committee, and hoped to wait at that time. ”The date of next November 11 will show the extent of the Lebanese politicians’ sincerity and their eagerness to return The displaced Syrians have returned to their homes, and the matter depends on Lebanon’s official participation and active attendance at the aforementioned conference, whether or not … and if tomorrow its overseer will soon.

Returning to the government issue, so discretion is the master of the situation, despite this, the positive atmosphere that the CDS spoke about, and which Parliament Speaker Nabih Berri confirms, suggests that the two sides are the Amal movement and the “party”, outside Disputes that impede the formation of the government.

In this regard, a reference close to this “duo” commends the keenness of the President of the Republic, General Michel Aoun, to form an inclusive government that does not exclude or diminish the representation of any of the Lebanese components represented in Parliament. Therefore, he may insist on his opinion, that the new government includes 20 ministers, in order to accommodate the representation of the bloc of MP Talal Arslan among its members. This is rejected by the President of the Progressive Socialist Party, Walid Jumblatt, who tries to monopolize the decision of the Druze community, and always according to the opinion of the reference.

He considers that President Aoun’s right is to adhere to the realization of proper Christian representation in the upcoming government, thus the president’s team will obtain 7 ministers, which Prime Minister Saad Hariri considers that he has adhered to the guarantor third in his prospective government. And he still refuses this matter, fearing a repeat of the experience of January 2011, the day his government constitutionally resigned, during his meeting with former US President Barack Obama, especially since the prospective government may continue indefinitely, according to the opinion of the reference.

And he concludes: “We have the opportunity of three decisive days. Either the hoped-for government is formed, or we are going towards escalation.

These were the details of the news Ministerial pole seeks to disrupt the initiative to return displaced persons for this day. We hope that we have succeeded by giving you the full details and information. To follow all our news, you can subscribe to the alerts system or to one of our different systems to provide you with all that is new.