Watch The Rolling Stones play “Sympathy For The Devil” live for... 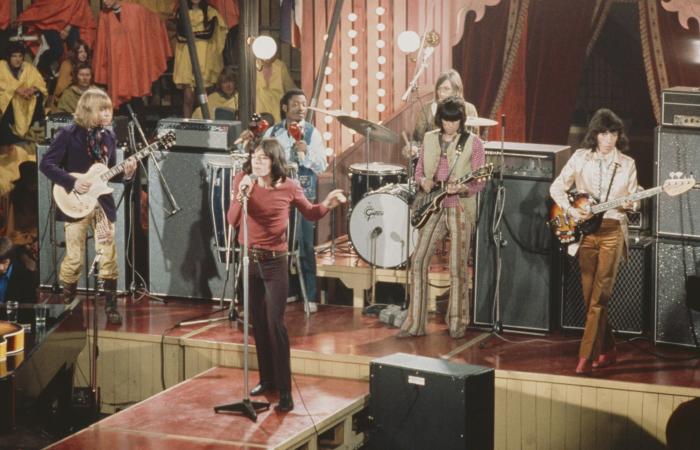 Archive footage from The Rolling Stones, who performed their 1968 track ‘Sympathy for the Devil’ for the first time live in concert, was uploaded online.

The video, which landed on the US label ABCKO’s YouTube channel earlier this week, is a previously unreleased excerpt from the band’s 1996 Rock and roll circus Concert film that did not make it into the final version.

The footage shows the original cast of the outfit as it was when the performance was filmed in 1968, consisting of Mick Jagger, Keith Richards, Bill Wyman, Charlie Watts, Ian Stewart and Brian Jones.

There is also a brief 4:54 pm cameo from John Lennon who appeared on the show alongside Eric Clapton, Richards and Mitch Mitchell as part of the supergroup The Dirty Mac.

Check out the video below:

The concert film was originally conceived as a BBC special and directed by Michael Lindsey-Hogg. In addition to performances by The Rolling Stone and The Dirty Mac, there were also sets by Yoko Ono, Marianne Faithfull, Jethro Tull, Taj Mahal and The Who.

“It was an amazing shoot, I think, 36 hours or so,” said Richards in a statement.

“I remember not remembering everything towards the end … but it was fun … we went through two audiences … we worn out one … it was great!”

Director Lindsay-Hogg also reported on his experiences while shooting the film.

„[Mick Jagger] I used the last scrap of the great actor he is, ”added Lindsay-Hogg.

“The camera was right in front of him, to use it however he wanted. It wasn’t watching him from afar; It was two feet from him, and he and the cameras were almost shaped like that because he used it so wonderfully. ”

The Rolling Stones released a new edition of their 1973 album ‘Goat’s Head Soup’ earlier this year. The new edition beat indie artist Declan McKenna’s “Zeros” with 800 sales at number 1 on the British charts, making them the first band in British history to top the charts with an album from six different decades.

These were the details of the news Watch The Rolling Stones play “Sympathy For The Devil” live for... for this day. We hope that we have succeeded by giving you the full details and information. To follow all our news, you can subscribe to the alerts system or to one of our different systems to provide you with all that is new.