Why the next 100 days most important since the Cold War? 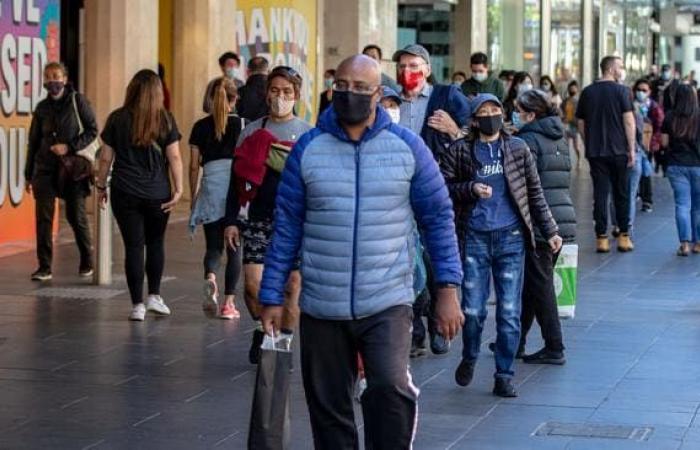 Two massive threats will emerge over the next 100 days that, if things go bad, could change the course of history. First is the American elections and their aftermath. Second is the pandemic winter.

On November 3rd, next Tuesday (Wednesday morning of our time), President Donald Trump will be asked to be elected from the White House. Polls give Joe Biden a nine point lead – that’s a big head start. The prediction website FiveThirtyEight offers Biden an 89 percent chance of winning. The economist Magazine gives Biden a 95 percent chance. Betting markets also have him as a favorite, albeit closer.

For America, however, there is a risk that the election result will not be as clear as last time. The polls were wrong in the last election – they said Clinton would win. It could get tight, and that could mean Mr Trump won’t leave office. He should resign by January if he loses.

Mr Trump has been asked to confirm that he will step down if he loses and declined to confirm. He may be able to find ways in which to stay using court decisions to stop the number of votes, for example. That would cause chaos in America.

Mr Trump softened voters by saying the elections were rigged and suggesting that postal ballot papers were fake. People hope that he will not push through the conclusion that the election result is not respectable. But what if he does?

America has had constitutional crises before. But never in the context of increasing competition with China. China is an example of the world of a successful country without democracy. America is the best example of democracy – it’s supposed to be a shining beacon of freedom. But when America has a chaotic, controversial, controversial election with violence in the streets and fighting in the courtrooms, China will see weakness.

The virus doubles the sense of impending doom.

The northern hemisphere is important. It has 90 percent of the world’s population and 92 percent of its GDP. While we look forward to summer, winter is coming for most of the world.

In the last northern winter, the virus had the element of surprise. It showed up in January and spread around the world in February, and we were unprepared. This winter we know it’s coming. The last time, however, it was warmer after just a few months to help Europe and America contain the spread by July and August. Now the virus is rising in the cold parts of the world and it’s only October.

Winter exacerbates the spread of the virus as people are more indoors with the windows and doors closed. The closer people are together, the longer they spend together and the less ventilation – basically, the cozier the situation is – the easier it is for the coronavirus to spread. Coronavirus lives from cozy.

If you look at a map of America, the spread is generally worse in the coldest areas – the north, further from the sea -. Fortunately, most of these states are sparsely populated. Wisconsin, right in the north of America, near Canada, has some big cities and one of the worst spreads. But the really big cities in America aren’t cold yet.

Europe is at massive risk. France waited far too long to be banned. France had 50,000 new virus cases in one day last week, as the next graph shows.

Soon they will be overwhelmed, even with a tough national lockdown. Victoria has learned that even after restrictions are announced, things will continue to get worse for a while. France was in rejection because people were pandemic fatigue. Nobody wants to go into lockdown again.

Pandemic fatigue could be the main enemy in the northern hemisphere this winter. Last winter, the virus didn’t emerge until the end of February. This year it starts in autumn. The salvation of a few warm sunny days is still a long way off.

The spread of the virus and the resulting lockdowns are likely to bring the European and American economies to their knees. This is bad news for the whole world. In the short term, this could hurt confidence with crashing stock markets and negative headlines. Australian stock markets nowadays follow global markets and that is invading the real economy. Our trust will collapse next to yours.

The long term effect will also be important. A major deadlock scares an economy, leaves some people permanently unemployed, and makes the economy worse. This harms people directly and also has political implications.

Poor angry people vote for disruptive angry politicians. Just look at Europe. Germany, where unemployment was around 3 percent, has had the same boring chancellor for 15 years. She was elected when John Howard was Australian Prime Minister. But Italy, where unemployment was over 10 percent, voted for a new anti-establishment party called the Five Star Movement. China is also very much aware that economic stability creates political stability.

THE WEST IS AT RISK

Both the COVID threat and political uncertainty in the US will peak in the next 100 days. They threaten Europe and America – the core of the West.

This threat to Europe and America comes at a time when a clash of cultures is brewing. China’s way of government and way of life compared to the West. Democracy and freedom against dictatorship and censorship. China’s model works very well. We may think this is not the case, but it has made many Chinese people richer and very patriotic.

I’m not pretending that the next 100 days of freedom will deal one fatal blow. Europe and America are stronger than that. But it can hurt the ideas of the West at the beginning of a century where they need all the strength they can get.

Jason Murphy is an economist @ Jasemurphy. He is the author of the book Incentivology.

These were the details of the news Why the next 100 days most important since the Cold War? for this day. We hope that we have succeeded by giving you the full details and information. To follow all our news, you can subscribe to the alerts system or to one of our different systems to provide you with all that is new.