“Of Turkish origin” .. Dozens of young men attack a church... 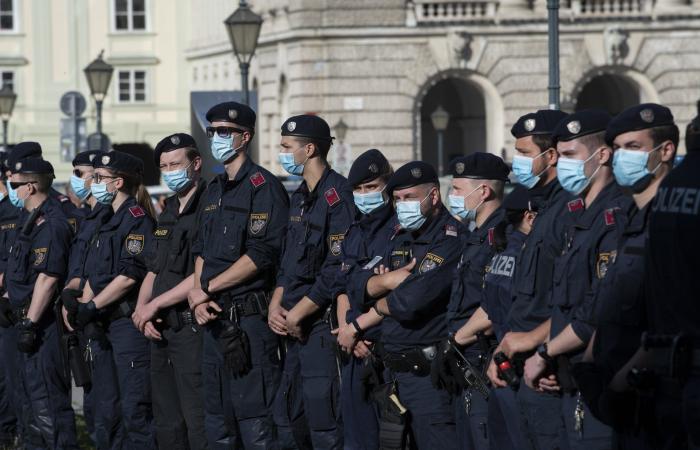 Local sources in Austria reported that dozens of young men of Turkish origin caused riots and chaos in a church in the Austrian city of Vienna, which coincided with bloody events in France that were sparked by a teacher showing caricatures of the Prophet Muhammad.

According to the sources, from among them Corriere newspaper The Austrian, the young men, who are estimated to be between 30-50, kicked the seats of the “Anton von Padua” church Thursday evening, shouting God is Great, but they dispersed after the church’s priest called the police.

No one was injured in the accident, and while the police were reviewing the surveillance cameras, the Vienna Archdiocese demanded a prompt clarification.

According to the same source, the youth coordinated this operation via social media, and before carrying out their attack, they met in a public square, where they chanted “Islamic slogans” and fired firecrackers.

After the incident, Austrian Chancellor Sebastian Kurz pledged to confront “political Islam” and wrote on his Twitter account, “Every Christian within the nation must be able to practice his religion freely and safely.”

After the accident, the security presence around the church was reinforced.

The church incident in Vienna coincides with a series of events in France, the most recent of which was the arrest of a man who shot an Orthodox priest in Lyon on Saturday. The priest is in a critical situation, according to the police.

And before that, a Tunisian man named Ibrahim El-Issawi stabbed two women and a man in Nice, southeast France.

The two incidents followed the Paris attack, in which a French teacher was massacred after showing his students drawings of the Prophet Muhammad, and the attacker was killed, who was a Chechen.

These were the details of the news “Of Turkish origin” .. Dozens of young men attack a church... for this day. We hope that we have succeeded by giving you the full details and information. To follow all our news, you can subscribe to the alerts system or to one of our different systems to provide you with all that is new.