Barcelona continues its disappointing results in the Spanish League with a... 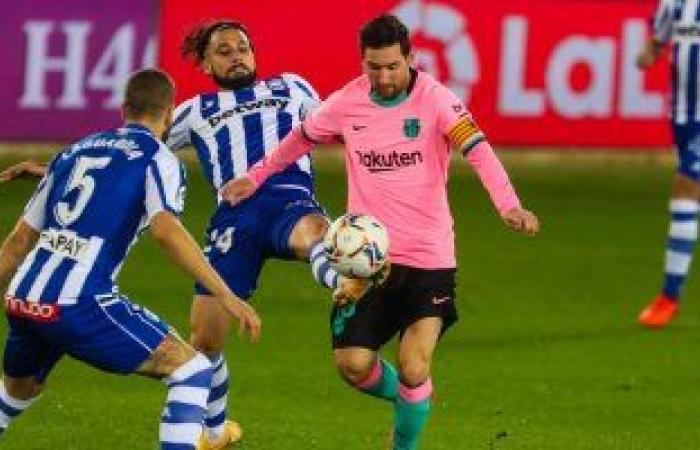 Barcelona continued its modest results in the Spanish League, after tying with its host team Deportivo Alaves, 1-1, in the meeting, which brought the two teams together on Saturday night, at the “Mendizorosa” stadium, in the eighth round of the Spanish League “La Liga”.

The Alaves team ended the first half of the match, beating with a goal scored by Luis Rioja, in the 31st minute of the match, after taking advantage of a fatal mistake from Barcelonas Brazilian goalkeeper, Neto.

Argentine star Lionel Messi got a yellow card after shooting the ball in the referee, in the 39th minute.

In the second half, French striker Antoine Griezmann scored the equalizing goal for the Catalan team in the 64th minute of the match.

And Jota, the Alaves player, received the red card, in the 62nd minute, after receiving the second yellow card.

Barcelona raised its score to the eighth point, occupying the twelfth place in the Spanish League table, and with the same score, Deportivo Alaves came in thirteenth place, while Real Madrid tops, with 16 points.

Barcelona had achieved a precious victory, last Wednesday, against its Italian team, Juventus, with a clean double, in the second round of the Champions League group stage.

These were the details of the news Barcelona continues its disappointing results in the Spanish League with a... for this day. We hope that we have succeeded by giving you the full details and information. To follow all our news, you can subscribe to the alerts system or to one of our different systems to provide you with all that is new.