Spot, the robot that got a job at the Chernobyl nuclear... 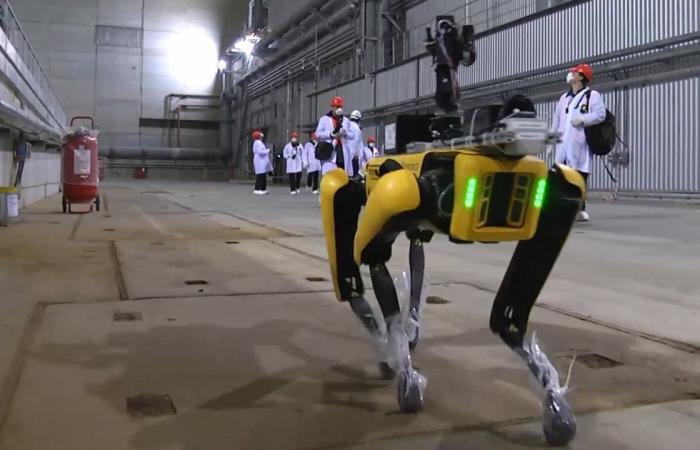 About a year ago, Boston Dynamics revealed that its famous robot dog Spot was already a market product. Companies could rent and even buy this advanced robotic part. So we started this year to see the robot as an aid in hospitals, patrolling Singapore streets, herding sheep in New Zealand and even performing more technical tasks at various companies.

So the robot that will receive an arm in 2021 has now landed a job at Chernobyl. The workplace will be right at the site where a catastrophic nuclear accident occurred between April 25 and 26, 1986.

It was 34 years ago that the worst nuclear disaster in world history occurred. Today, the Chernobyl Exclusion Zone is still a ghost town. However, in addition to stray and wild animals, some scientists and some tourists with a morbid fascination can be found there. The reason is known: Pripyat, in Ukraine, is a place (and it will be for centuries) with high levels of radiation outside doors and inside the plant where the reactor is “closed”.

So, to visit these sites (as there are other examples at the Japanese nuclear power plant, Fukushima), very specific equipment is needed. In that sense, Boston Dynamics' famous robot dog, Spot, is the newest resident. As has been made known, this robot has a mission to measure radiation levels, so that scientists can create a comprehensive 3D map to illustrate the distribution of harmful electromagnetic waves.

The machine was taken on October 22 inside the premises by researchers at the University of Bristol - together with the Central Enterprise for Radioactive Waste Management of Ukraine. This is the first time that a quadruped robot has been implemented at the plant.

In a YouTube video shot in Chernobyl, David Megson Smith, a researcher at the University of Bristol School of Physics, characterizes Spot's new role as a way to study robotic systems in extreme environments.

In the images, the robot is seen walking around the old Unit 4 reactor site. This was the unit that exploded after an unsuccessful safety test in April 1986. In the video, we can see the robot examining several locations in and around the sarcophagus intended to contain the reactor's radioactive materials.

This is not the University of Bristol's first foray into the Chernobyl Exclusion Zone. In April 2019, a multidisciplinary team conducted a series of radiation mapping investigations with a drone crew. This included the first unmanned aerial vehicle to map gamma rays and neutrons, according to a press release.

After these tests, which covered the six kilometers of forest around the nuclear power plant - known as the "Red Forest" -, the team identified new radioactive access points that were previously unknown to local authorities. Presumably, Spot's job is to find more of these dangerous locations.

However, Spot is not the first robot to cross the site of a nuclear accident. Following the partial collapse of the Unit 2 nuclear reactor on Three Mile Island in 1979, the need for advanced robotics that could investigate and conduct cleaning work became dire.

Thus, the researchers created the first robot for these purposes. It allowed humans to remotely investigate damage and radiation levels, according to a March 2019 review in the scientific journal Progress in Nuclear Energy.

It is unclear how long the robot will be in service around the reactor at the Chernobyl nuclear power plant. However, this is another one of the many and varied jobs that this robot dog has ever had.

These were the details of the news Spot, the robot that got a job at the Chernobyl nuclear... for this day. We hope that we have succeeded by giving you the full details and information. To follow all our news, you can subscribe to the alerts system or to one of our different systems to provide you with all that is new.