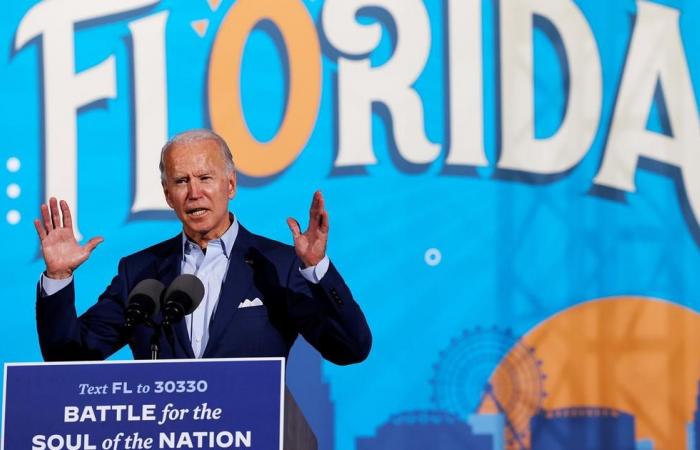 MIAMI – A group of evangelical leaders endorsed Joe Biden at a press conference in Miami on Friday as the Biden and Trump campaigns expand their Latino reach in a state that has become an electoral battleground.

Pastor Antonio Mansogo, regional vice president of the National Latino Coalition of Christian Ministers and Leaders (CONLAMIC), declared at the event that they support Biden for the moment we are living, as well as for “His personality and his political career”, adding that he is “an impeccable and decent man.”

Mansogo said the past four years have seen division and “destruction” and that Biden will “unify our and reconcile our nation” and his policies will help create millions of jobs.

He said that while his coalition is nonprofit and nonpartisan, “in times of crisis, the church has to bring people together.”

William Sánchez, legal adviser to the coalition, stated that the organization has existed for more than 20 years and represents more than 15,000 churches across the country.

The adviser explained that they support Biden because “he has Christian principles, he respects people, his sense of decency.”

Let’s say what we’ve had in the White House for the last three and a half years It doesn’t compare to what we had before with Obama and Biden. With Biden we will have a president who respects the rights of immigrants … People will feel respected, “he said.

Evangelicals overwhelmingly voted for Trump in 2016, with many citing his stance against abortion as one reason.

Latino evangelicals are considered less inflexible in dealing with change than white evangelicals, and some are more open to issues of racial justice and immigrant rights, who are associated with the Democratic Party.

Some prominent evangelicals have criticized the Trump Administration for intentionally separating children from their parents to deter migration to the United States, leading to more than 500 children remaining separated from their parents for three years.

In January, Trump launched his Evangelicals for Trump coalition in King Jesus, a Miami megachurch that is considered the largest Spanish-speaking congregation with thousands of attendees.

This church is led by Guillermo Maldonado, a Honduran immigrant and one of the most prominent evangelical leaders in the country. He has been a key ally of Trump, comparing the president to the biblical Persian king Cyrus at the event, and proclaiming that the president “could bring change to this nation.”

A December 2019 editorial in Christianity Today, a leading Christian publication, called for Trump’s impeachment after the House of Representatives challenged the president.

With information from the Miami Herald.

These were the details of the news Latino Evangelical Leaders Support Biden for this day. We hope that we have succeeded by giving you the full details and information. To follow all our news, you can subscribe to the alerts system or to one of our different systems to provide you with all that is new.