This is how Trump can still win – VG 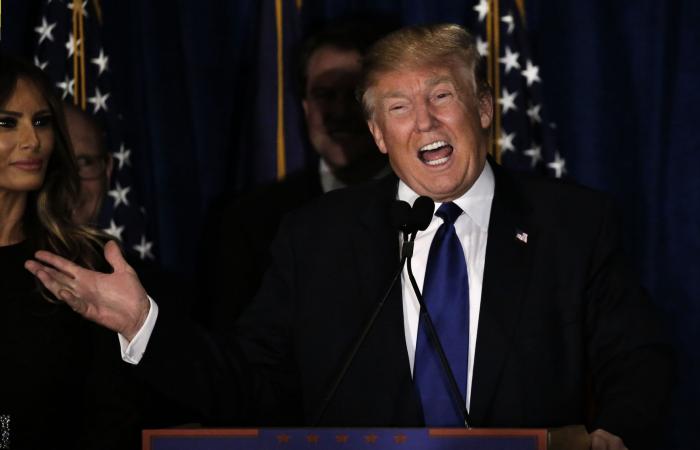 With only days left until the election, Donald Trump has little time to convince new voters, but there are still several scenarios that allow him to remain president of the United States.

Ever since Joe Biden secured his seat as the Democratic Party’s presidential candidate, he has had a solid lead over Trump in the vast majority of opinion polls.

But the excitement is far from over, says US researcher Hilmar Mjelde at the research institute NORCE to VG.

It’s not just history that speaks for Trump’s victory. Together with Mjelde and US researcher Erik Mustad at the University of Agder, VG has mapped the many opportunities Trump has to continue as US President.

Popularity under the radar

Biden’s leadership has also shown in measurements in many of the tipping states, ie the states that can fall both ways. Barely a week before the election, Biden was in the best position to beat a sitting president since Bill Clinton in 1992, sums up US researcher Mjelde.

But, such a total superiority in the polls in the time just before election day, the Democrats have experienced before. With a subsequent bitter aftertaste.

Because even in 2016, it looked as if the victory was secured against Trump. So wrong could the statisticians take.

– It is methodically very challenging to model the electorate and what the voters actually want to do in the ballot box. It is like the weather reports – they “predict” most often correctly, but not always, and the media often undercommunicate the uncertainty that the pollsters themselves operate with, Mjelde believes.

One must look at the average of the measurements and the trend, not a single measurement, the NORCE researcher explains the errors with.

Erik Mustad is studying – precisely – the average of the measurements now, and sees a trend.

– Three to four days before the election, it seems that more commentators in the US think the chances of re-election are better than they were a few weeks ago. Although they may not be able to explain it politically. In many tipping states, it is also even, so it is likely that both can win, given that nothing unpredictable happens until Tuesday, says Associate Professor Mustad.

Mjelde suspects that opinion polls since 2015 have failed to capture Trump’s full appeal. He therefore considers it probable that Trump’s support can be up to five percentage points higher than the polls show, he says.

There are thus several factors that can make the incumbent president remain – just incumbent, Mjelde believes. Here are three:

– White working class are Trump’s core voters, and among these there is probably a certain untapped potential. Especially Pennsylvania, which is such an important seesaw state.

– Latin voters have proven to be quite open to Republicans, compared to other minority groups. Bush won approx. 40 percent of them in 2004, and there are signs that Trump can increase support among voters with a Latin American background further in this election, the researcher explains.

The uncertain voters must go for Trump, as they did in 2016

– In 2016, we saw that Trump won the insecure voters in recent days. That decided the choice. In 2020, on the other hand, there are fewer uncertainties – approx. six percent. Given the pandemic, the doubt will probably not benefit Trump to the same extent this year, Mjelde believes.

3. Measurement error – that the polls do not capture Trump’s full support

– The pollsters have worked hard to correct the 2016 mistakes. At that time, they did not emphasize white working class sufficiently. However, this year there may be new measurement challenges that we do not know about until after the election.

In addition, there is a “built-in advantage” for Republican Trump, says researcher Mjelde, namely the two-party system.

– For half the country, it is simply not an option to vote for the other party, because the political difference between the parties is so great. So Trump can win because many people think Joe Biden and Kamala Harris are left-wing radicals. Many voters do not like Trump’s style, but think he is giving them tax cuts and appointing conservative judges.

Still a long way to go

Researcher Mjelde points out that there is still an important difference between Hillary’s fight against Trump, and Bidens: Biden has led stably throughout the year – something Hillary Clinton did not do in 2016. At that time, the measurements clearly fluctuated more, the researcher says.

– The big weakness is his miserable handling of the pandemic. Buchanon in the 1850s, Hoover in 1932 and Carter in 1980 show that voters punish presidents who fail to deal with crises, Mjelde believes.

– Trump’s weakness is his denial that covid-19 is dangerous. His handling of the pandemic has clearly weakened voters’ confidence that they will be able to take the right measures to overcome the spread of infection, he believes.

So what is Trump’s strength in the competition against Biden? asks VG.

– His way of talking to his core voters is his great strength. He is seen as the different president that many Americans want. Many Americans believe he has done a lot for them, and that this must continue for another four years. These nuances do not come out well enough in the Norwegian public, and we in this country understand little of the fact that such large groups of Americans can support him. But the economy was good and unemployment was falling, even before the pandemic, he recalls.

– Research shows that luck plays a role, in fact. Trump has time and time again proved to be very lucky – it was rod-in in 2016, and may soon be again.

The rush in particular may be Trump’s time to shine, he explains, and points out that both former President Ford and President Bush took a clear approach at the end.

– We can never write off a sitting president, says researcher Mjelde to VG.

– When do you think we know if Trump can win the election?

– The result in Florida can come in fairly early on election night. If Trump wins it, he is in the highest degree. If he loses it, he’s done.

These were the details of the news This is how Trump can still win – VG for this day. We hope that we have succeeded by giving you the full details and information. To follow all our news, you can subscribe to the alerts system or to one of our different systems to provide you with all that is new.