Bolsonaro says pandemic is ending and ironic in a hurry to... 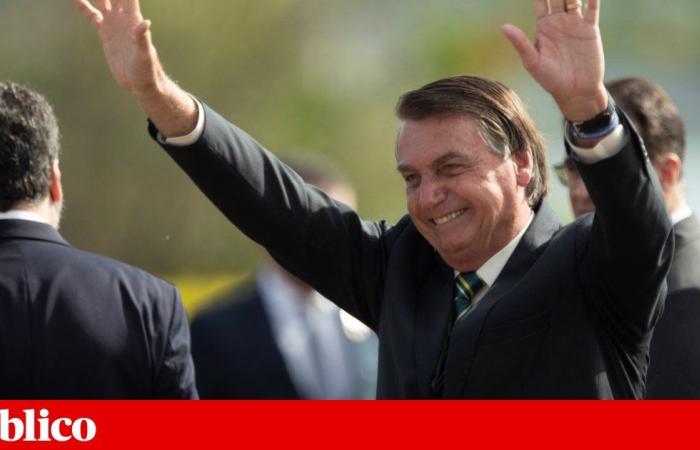 Brazilian President Jair Bolsonaro said this Friday that the covid-19 pandemic “is ending” and again criticized São Paulo governor João Doria for trying to quickly find a vaccine against the disease.

“The pandemic is ending, I think he [João Doria] want to vaccinate the staff by force [contra a vontade] quickly, because the pandemic will end and he will say: ‘It’s over because of my vaccine’. What is ending is his government, for sure, ”said Bolsonaro, in a conversation with supporters in Brasília, quoted by the local press.

“You have a somewhat authoritarian governor. He even wants to give the vaccine a hard time. What do I see in the pandemic issue? She is leaving, it has already happened, we see it in history books and he [Doria] you want to speed up a vaccine now, you said you were going to vaccinate 46 million, right? I do not know, it does not have the authority to do so and, in my opinion, it is arbitrary ”, added the head of state.

Although Jair Bolsonaro says the pandemic is nearing an end, Europe is experiencing a second wave of infections and Brazil remains the Portuguese-speaking country most affected by the pandemic and one of the hardest hit in the world, when it accounts for the second number of deaths ( 5.5 million cases and 158,969 deaths), after the United States of America.

Butantan, an institute linked to the government of São Paulo, has an agreement with the Chinese pharmaceutical company Sinovac for the development and production of the Coronavac vaccine, which is still in the third phase of testing, but which is already the target of a strong political dispute in the Brazil.

Political violence in Brazil has skyrocketed in recent years

Governor João Doria has affirmed himself as Bolsonaro’s political opponent, with whom he has been struggling since the beginning of the pandemic, in a controversy that got worse with the immunizing Coronavac, after the Brazilian head of state refused to invest in this vaccine. The Government of São Paulo signed a contract with Sinovac that included the purchase and distribution of 46 million doses of the immunizer.

“I don’t know what adjective I would give to anyone who wants to give the vaccine a hard time. He already talks about applying a vaccine that is not 100% scientifically proven, different from hydroxychloroquine that has existed for almost 70 years in Brazil ”, added Bolsonaro, once again defending the drug that is normally used to fight diseases like malaria, but without scientific evidence against covid-19.

On October 16, João Doria stated that vaccination against the new coronavirus in São Paulo will be mandatory, except for people who have a restriction proven by a doctor. The head of state, who is skeptical about the seriousness of the pandemic, said he would not force anyone to take the immunizer in the country.

Health Minister Eduardo Pazuello last week announced the central government’s intention to buy another 46 million doses of the Chinese formula, still under study. However, Bolsonaro disallowed his minister and vetoed the purchase of Coronavac, arguing that the immunizer had not even passed the clinical testing phase.

The refusal of the Brazilian head of state contrasts with another agreement – signed by his Government with the University of Oxford and with the laboratory AstraZeneca – for the purchase of 100 million doses of the vaccine, which both institutions develop and which is in the same phase of studies than the Sinovac immunizer.

However, in an interview in the magazine Look As of Friday, Hamilton Mourão, vice president of Brazil, contradicted the president’s position, explaining that Bolsonaro’s statements were nothing more than a war of words with political rivals, in this case, João Doria.

These were the details of the news Bolsonaro says pandemic is ending and ironic in a hurry to... for this day. We hope that we have succeeded by giving you the full details and information. To follow all our news, you can subscribe to the alerts system or to one of our different systems to provide you with all that is new.