Terrorism in France continues: A priest was shot in a church... 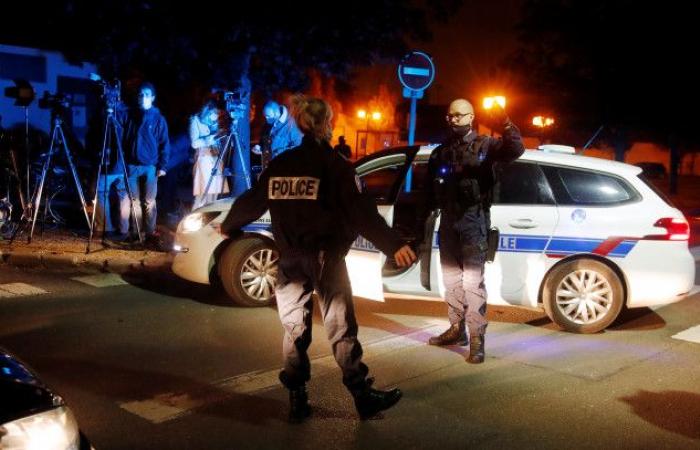 A few days after the murder of three people in a stabbing incident that took place in the city of Nice, tonight (Saturday) another terrorist incident took place, when a priest in a church in the city of Lyon was shot and wounded at a life-threatening level. A manhunt is underway for the shooter. According to reports, the wounded priest was Greek and was shot while the church was closing.

As you may recall, three people were killed and several others were injured in a stabbing incident that took place Thursday morning near a church in the French city of Nice. Police forces called to the scene arrested one person and the anti-terrorism force in the country, began investigating the incident. Nice mayor Christian Astrosi arrived at the scene and spoke to reporters. Among other things, he said the victim is currently in the hospital.

The chief prosecutor for the war on terror, Jean-François Ricard, said the suspect in the Nice attack was a young Tunisian in his 20s, who took off on a flight to Europe on September 20 on a flight from Lampedusa – the Italian island outside Tunisia that is a major landing point for African immigrants.

French Interior Minister Gerald DeMarnein referred yesterday to a terrorist attack in Nice, saying “French soil is involved in the Islamist ideological war and more militant attacks may take place on French soil,” the French interior minister said, “We are at war with an enemy inside and outside .

News 13 commentator on Arab affairs, Zvika Yehezkeli, referred in a conversation with Nissim Mash’al on his program on 103FM radio to the severe stabbing attack that took place in Nice and claimed: “A man enters the entrance and decapitates three worshipers. “Can not come and eradicate this terrorism from the root.” He added: “More victims of terrorism in France than in Israel in the past year.”

As mentioned, the attack in Nice took place on the day the Muslims celebrated the birthday of the Prophet Muhammad.

These were the details of the news Terrorism in France continues: A priest was shot in a church... for this day. We hope that we have succeeded by giving you the full details and information. To follow all our news, you can subscribe to the alerts system or to one of our different systems to provide you with all that is new.