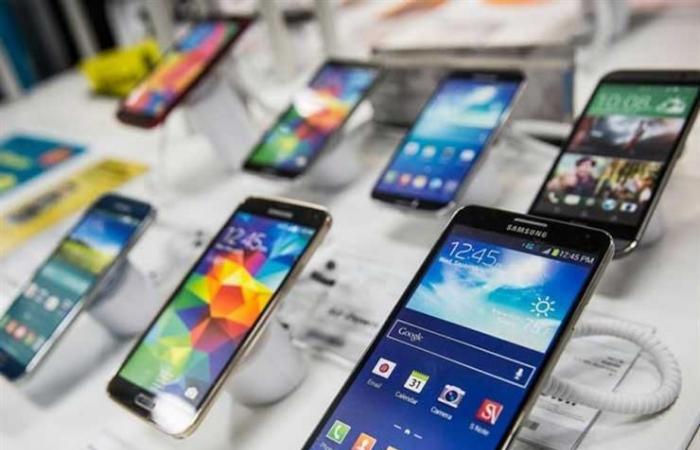 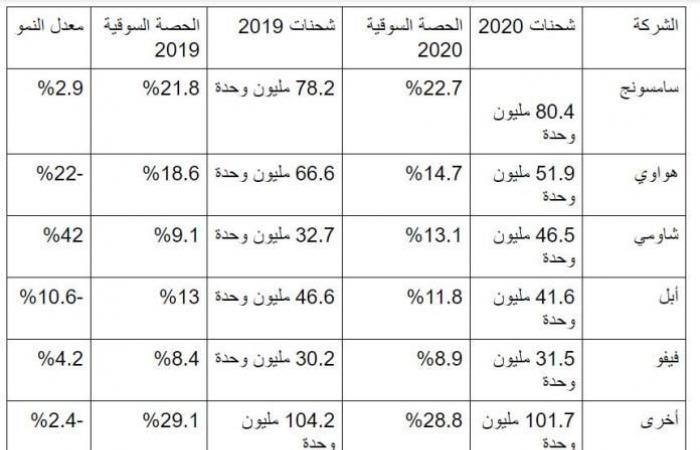 Samsung regained the first position in the global smartphone market after the end of the third quarter, with shipments of 80.4 million units out of a total of 353.6 million units, according to an IDC report.

According to the IDC report, the smartphone market around the world showed signs of improvement in the third quarter of 2020, with shipments dropping only 1.3% year on year.

India saw strong mobile volumes during the third quarter, as did Brazil, Indonesia and Russia, according to the report.

At the same time, sales of the traditional rival, Samsung, “Huawei”, decreased, which achieved a decline in sales of about 22% during the third quarter.

Huawei suffered a significant drop in sales, reaching 22% year-on-year, with a continuing decline in international markets and a decline of more than 15% in China.

The company continues to face challenges due to the increasing impact of US sanctions, which are negatively affecting its performance even in China as the brand tries to accelerate its shipments over a longer period.

IDC said that Huawei slipped to second place during the third quarter of this year, with shipments of 51.9 million units, and a market share of 14.7%.

According to the IDC report, Samsung regained the first place in the global smartphone market during the third quarter of 2020, with a market share of 22.7%, with 80.4 million smartphones shipped, an increase of 2.9% year-on-year.

This is due to Samsung’s control over a number of major markets such as the Indian market, which represents about 15% of the company’s total sales in the third quarter.

Samsung was able to achieve a growth of more than 40% in the Indian market thanks to its strong performance in the market of smart phones, price categories less than $ 250.

Samsung’s growth in India has also supported its strong performance in sales of M series phones that are only sold online.

The A series phones also achieved a strong performance in the US market, which is the second largest market for Samsung in the world, as well as the good performance of the Note 20 and Note 20 Ultra as well, these factors contributed to the company achieving about 20% of the third quarter sales in these two markets .

These were the details of the news Why Samsung became the first in the world and surpassed Huawei... for this day. We hope that we have succeeded by giving you the full details and information. To follow all our news, you can subscribe to the alerts system or to one of our different systems to provide you with all that is new.