Philosopher explains the secret of fighting the pandemic in Asia …... 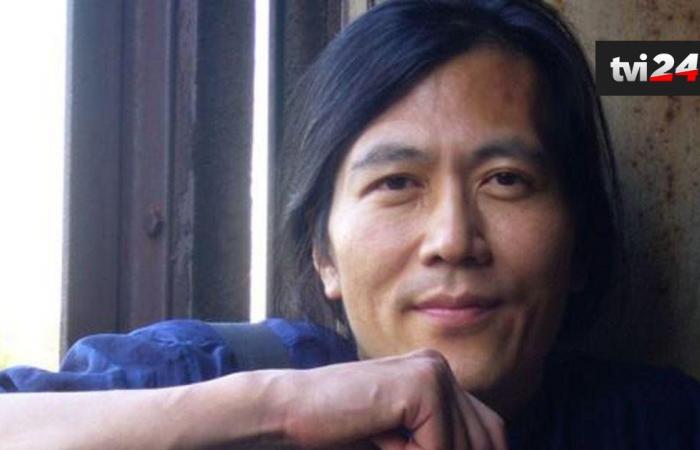 Illegal parties in the midst of a pandemic, popular gatherings to observe natural phenomena or reluctance to comply with measures imposed by government and health authorities, such as the mandatory use of a mask, are behaviors that have been observed in Portugal, but also in most Western countries, and which can explain why the West and the East are going through a second wave of the pandemic with such disparate levels of severity. This is at least what the South Korean philosopher Byung-Chul Han, who lives and works in Berlin, defends.

In an article in your new book “Types of Death – Philosophical Investigations into Death” (translating literally the title will be “Faces of Death – Philosophical Investigations on Death”, a book that has not yet been published in Portugal), Byung-Chul Han argues that the secret to Asian success in combating the spread of SARS-CoV-2 virus it can be in “civism” and social cohesion.

The philosopher gives Japan as an example, but also South Korea, Taiwan, Singapore or Hong Kong, which have been able to keep the pandemic in check. In contrast, in most European countries and the United States, the second wave of contagions is even more violent than the first.

“In Asia, there were practically no infections. Current contagion figures are so low that they can be disdained. It is precisely these countries that demonstrate that we can face the pandemic successfully even if we do not have a vaccine ”, writes.

In this comparison, Byung-Chul Han leaves out China, because of the type of authority over the individual imposed by the regime. But, in his view, when it comes to dealing with the pandemic, “western liberalism” is fostering the “decay of civism”.

“Liberalism even seems to favor the decline of civism. This situation teaches us how important civism is. That groups of teenagers have illegal parties in the middle of a pandemic, that they harass, spit or cough the police who try to dissolve them, that people no longer trust the State, are samples of the decadence of civism ”, writes.

What did Asia do that Europe did not do?

In his new book, Byung-Chul Han performs the comparison exercise between the measures imposed in western countries, especially in Europe, such as confinement, curfews or the imposition of the use of a mask, and those carried out by countries eastern.

“How do you explain that, regardless of the political system of the respective countries, the rates of contagion in Asia have remained so low? What unites China with Japan or South Korea? What do Taiwan, Hong Kong and Singapore do differently from our European countries? Virologists speculate on the reasons why Asia has such low contagion figures. The Japanese Nobel Prize for Medicine, Shinya Yamanaka, speaks of an ‘X factor’ that is difficult to explain. ”

The ‘factor X’, considers the philosopher and essayist, will then be in the capacity to accept sanitary measures and to comply with them and in the popular union. And in this regard, it compares two distinct examples: New Zealand and the United States.

“New Zealand is a liberal country that has already won the pandemic for the second time. The success of New Zealanders is also the mobilization of civics. New Zealand Prime Minister Jacinda Ardern spoke fervently of the ‘five million team’. His passionate appeal to civism was very well received by the population. On the contrary, the North American disaster can be explained because Trump, driven by his pure selfishness and his lust for power, undermined civism and divided the country. Its policy makes it totally impossible to feel part of us. ”

And it is not this respect for the rules and the popular unity around fighting the pandemic that takes away the freedom of the people: “Paradoxically, Asians have more freedom, who voluntarily adhere to strict hygiene standards. Neither Japan nor Korea has enacted total closure or confinement. Economic damage is also much less than in Europe. The pandemic paradox is that people end up having more freedom if they voluntarily impose restrictions on themselves. Whoever rejects, for example, the use of masks as an attempt on freedom ends up having less freedom after all. ”

The particular case of China

Byung-Chul Han stresses that China is a case in point in this Asian success in fighting the virus. A success that “can be explained in part because there the individual is subjected to strict surveillance, which in the West would be inconceivable”.

“But South Korea and Japan are democracies. In these countries, China-style digital totalitarianism is not possible ”, he highlights.

Electronic surveillance as a tool to combat the pandemic

While admitting that electronic surveillance can be a useful tool, Byung-chul Han considers that the secret is not there. And it even reinforces that the Chinese example could not be applied in the western world and… thankfully: “It is indisputable that Western liberalism cannot impose individual Chinese-style surveillance. And it better be that way. The virus must not undermine liberalism. ”

But, somehow, the philosopher, teacher and essayist makes fun of the West’s reluctance to accept a measure such as electronic surveillance, remembering that we have life exposed on digital platforms like Google or Facebook.

“Google reads and analyzes email, without anyone complaining about it. China is not the only country that requests data from its citizens in order to control and discipline them. The scoring procedure in China is based on the same algorithms as Western credit rating systems, such as FICO in the United States and Schufa in Germany. Looking at it this way, panotic surveillance is not an exclusively Chinese phenomenon. ”

“Given digital surveillance, which is already happening everywhere, the anonymous monitoring of contacts through the Corona-app would be completely harmless.”He concludes.

Continue to live in Berlin

Liberalism or its absence seems to be the key word to unravel the mystery of Asia’s success in the face of Europe’s failure to fight the virus.

“Civicism and responsibility are effective liberal weapons against the virus. It is not true that liberalism necessarily leads to vulgar individualism and selfishness that play in favor of the virus. (…) Liberalism and civism do not have to be excluded. Civility and responsibility are yet another essential prerequisite for the successful outcome of a liberal society. ”

The philosopher recalls that Asian countries do not have a very developed liberal nature and, therefore, they are “little tolerant of individual differences”.

“That is why social imperatives are so important. That is also the reason why I, being a Korean by birth, prefer to continue to live in the focus of the infection, which is Berlin, and not in Seoul, however clean of viruses I am. ”

Byung-chul Han considers that “the more liberal a society is, the more civility will be necessary”. “The pandemic teaches us what solidarity is. Liberal society needs a we strong. Otherwise, it disintegrates into a collection of selfish people ”that facilitates the path to the virus, summarizes the author.

Byung-Chul Han has several books published in Portugal, by the publishing company Relógio d’Água, including “A Sociedade do Cansaço” and “Do Desaparecimento das Coisas” (this one published in August this year).

These were the details of the news Philosopher explains the secret of fighting the pandemic in Asia …... for this day. We hope that we have succeeded by giving you the full details and information. To follow all our news, you can subscribe to the alerts system or to one of our different systems to provide you with all that is new.