“Intensive care units in Randstad Amsterdam are full of migrants” 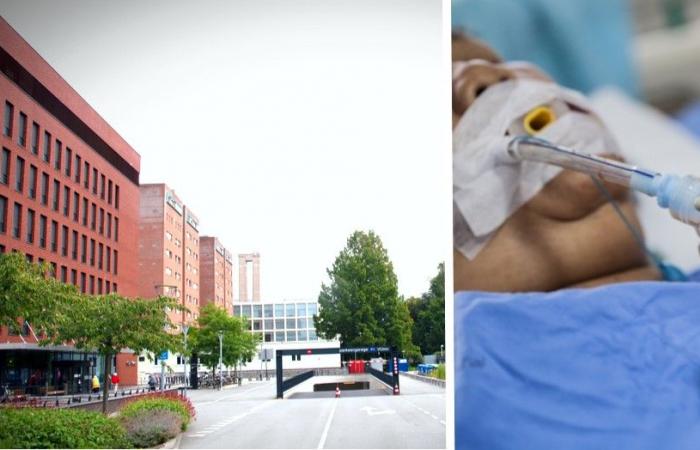 “The intensive care units in Randstad Amsterdam are full of migrants”, writes the Dutch newspaper NRC. According to the newspaper that spoke with various emergency doctors and GPs from the Randstad, the second wave of corona mainly affects the lower social classes in the big cities. The doctors are formal in this: it mainly concerns people with a migration background. In our country there is a great taboo on the theme and hardly any reports are published about it. Nevertheless, in August of this year, Borgerhout, among others, was already referred to as ‘corona hot spot’. But when Sam Van Rooy recently pointed out the impact of poor language skills among immigrants in the Flemish Parliament, this resulted in a fierce scolding from Flemish minister for integration Bart Somers.

During the first corona wave, especially many corona patients from Brabant ended up in intensive care. It was the people who had celebrated carnival there. But this time it is mainly patients from “Their own multicultural cities”. Various doctors confirm this to the Dutch newspaper NRC.

Geesje van Woerden works as an Emergency Physician at the Haaglanden Medical Center: “We have always had many patients with a migration background in this hospital, from the Schilderswijk, but now even more. It really stands out.”

Jan Jaap Spijkstra at the VUmc has also noticed: “Normally a large minority of patients has a migration background, but last week everyone was in Intensive Care.”

The Dutch doctors don’t bother about it. “At the moment there is no cross-section of society in the hospital with corona, but a socio-economic underclass.”

An important conclusion is that people in poorer neighborhoods “Are at higher risk of becoming seriously ill from Covid-19”. The explanation seems simple: “On average, residents are more likely to have obesity, diabetes, high blood pressure and cardiovascular disease.”

The Dutch Central Bureau of Statistics (CBS) calculated that there was more excess mortality in the Netherlands among people with a migration background (Western and non-Western) during the first corona wave than among the native Dutch. Between mid-March and the end of April, 3,600 migrants died – 47 percent more than usual in six weeks. Mortality among the native Dutch population was 38 percent higher than normal.

The Amsterdam Health and Technology Institute (AHTI) also calculated the risk of a serious corona infection per neighborhood for the whole of the Netherlands. They do this on the basis of socio-economic and health data. This shows that the “Darkening multicultural neighborhoods in the big cities”. But there are also other criteria such as age, type II diabetes, intergenerational cohabitation and asthma / COPD

Even in a very multicultural neighborhood in Amsterdam Southeast, the contamination figures have been dramatically high since the summer. As it turns out, the residents of this district were the least tested of everyone in Amsterdam.

General practitioner Anja Vrakking reports that she sees many patients with a low socio-economic status (SES) in her consultation room and during a home visit. Little money, little education, no steady job. This lower SES often coincides with a migration background.

But Vrakking also points to other factors. Her patients are cramped, which increases the risk of infection. She also points to an unhealthier lifestyle than that of “The average Dutch person”. According to the GP, patients are often not well aware of the severity of the virus. The answer, according to Vrakking, is poor knowledge. She attributes it to the closeness of some migrant groups in Amsterdam-Zuidoost, but also to the fact that government information hardly reaches them.

Yet another general practitioner from the Bijlmerwijk points to the problem of the poor knowledge of Dutch among many migrants. He sees a connection with the poor application of security measures. Prevention from the government could also be better, says Vrakking: “That liberal idea of ​​holding people accountable for their own responsibility doesn’t work for a large part of the population.”

Vrakking sees a solution, but it is a sensitive one. She sees the point of registering a patient’s ethnic background for scientific research. “In principle, that does not happen in the Netherlands. But some population groups have certain conditions more often than others: Surinamese-Hindustani Dutch people much more often have diabetes, Ghanaian Dutch more often obesity, Dutch people of Turkish and Moroccan descent more often have asthma. ”

“It is important for researchers to know risk factors”, Vrakking concludes. “Also because some medicines work less well in certain groups.”

These were the details of the news “Intensive care units in Randstad Amsterdam are full of migrants” for this day. We hope that we have succeeded by giving you the full details and information. To follow all our news, you can subscribe to the alerts system or to one of our different systems to provide you with all that is new.