What will happen to America’s transatlantic relations after the US elections? 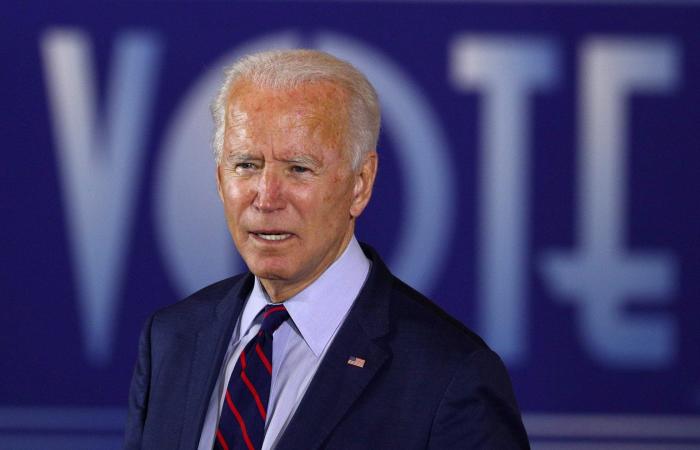 Until the election of Donald Trump in 2016, transatlantic relations steadily shifted. As the European Union grew from an embryonic six-nation group in 1957 to today’s economic superpower of 27 member states, the United States and the EU increasingly focused not only on managing their bilateral agenda, but also on promoting their shared global interests . In other words, the transatlantic relationship was less about itself than about the world.

This development stalled with the advent of the Trump administration. The president’s campaign was based on complaints about the US’s global role and portrayed the country as a victim of the liberal international order it had built after World War II. Europe has been the main US partner in defending this rules-based order and the multilateral organizations that make it up – NATO, the United Nations, the World Trade Organization, and the International Monetary Fund. The ideology of the Trump administration of “America First”, which is dedicated to maximizing the freedom of action of the US, means that the relationship with the EU, which is based on a common support for the liberal order, is suspect.

When Trump reaches a second term, the most important question for the transatlantic relationship will be whether the president would be content to continue acting as a disruptor to established US commitments, or rather adopt the more brutal “deconstructor” stance. Would he be satisfied with continuing to defy international norms? Or would he prefer to leave a historically stronger legacy – pulling apart the post-WWII international order based on liberal concepts such as the rule of law, openness, multilateral cooperation, and the primacy of the individual over the role of the state?

The transatlantic relationship and the liberal international order it supports could well be deconstructed during Trump’s second term. However, this would most likely happen not due to deliberate attempts to destroy it, but rather due to centrifugal forces created by the lack of a coordinating role for the United States (and the broader transatlantic relationship) to maintain it. As TS Eliot put it, “not with a bang, but with a whimper.”

Despite Trump’s criticism of the WTO, the United States remained a member of the global trade organization during his tenure. It has even brought cases into the WTO’s dispute settlement system that could be seen as indirect confirmation of it. However, the Trump administration has seriously weakened the WTO by blocking the appointment of new judges to its appellate body for being unsatisfied with a number of its decisions, effectively rendering the dispute settlement system toothless. And the president has threatened several times that the United States will withdraw from the WTO.

However, the Trump administration is unlikely to leave the WTO as it would entail huge economic costs. Instead, under four more years of Trump administration, it is not what happens, but rather the accumulation of US inactions that is likely to result in the actual end of the rules-based trading system.

What the rules-based trading system needs is less of a large-scale multilateral negotiation like the Doha Round, which began in 2001 but was never completed. Rather, it is more informal efforts by like-minded economies – bilateral and plurilateral trade deals, mutually agreed norms for artificial intelligence, harmonizing approaches to climate and digital taxes – that keep a high-standard global economy.

But this is where the United States could be expected to fail to strengthen transatlantic ties during Trump’s second term. Trump has not only portrayed the liberal international order as harmful to US national interests. He has also avoided leadership opportunities where the US had to share the limelight with other countries.

What would the transatlantic relationship expect under President Joe Biden?

Biden is expected to rebuild U.S. alliances and dedicate the country to multilateral cooperation by rejoining the Paris Climate Agreement and the World Health Organization, from which the country withdrew under the Trump administration. Biden has described Europe as “an indispensable partner of the first way out” for the United States, and that idea should remain a guiding principle for a new Biden administration.

Biden’s presidency will not just be one of restoration, however; It will also be characterized by attempts to achieve transformation. This is partly due to the economic devastation caused by the coronavirus pandemic, and in part due to growing concerns about economic, social and racial inequality. A Biden government can be expected to pursue domestic policies that bring the United States much closer to what Germany would call the “social market economy.”

It would focus on making capitalism fairer, more inclusive and, in the long term, politically and economically sustainable, through government investments in infrastructure, workers, social services and combating climate change, as well as strengthening trade unions and small businesses. This would accelerate the growing concern that American capitalism must shift from its current strong focus on shareholder value to one that takes into account broader stakeholder interests.

These steps could help strengthen the sense of partnership between the United States and Germany and other countries in the European Union based on shared values. The economic policy approach and the role of government on both sides of the Atlantic would be more similar, although deeply rooted historical and cultural differences mean that the two societies differ in significant ways.

But precisely because a Biden administration is concentrating on an ambitious domestic political agenda, a return to the Obama administration’s approach to negotiating a trade agreement between the US and the EU is unlikely to be at the top of its priority list, at least initially. While Biden hasn’t ruled out new trade deals at some point, those would have to come after investing in the US workforce that would make it more likely to thrive in a globalized economy. Instead of a formal free trade negotiation, a Biden government could devote its economic diplomacy to rebuilding transatlantic habits of cooperation on global issues such as the multilateral trading system, climate change, cybersecurity, global supply chains, public health and development.

This approach could include working with the EU to lead a coalition of like-minded countries to reform the WTO and promote high-level rules to combat China’s state capitalist system. In that case, a Biden government would resume the earlier development of transatlantic relations since the end of the Cold War from one focused on internal bilateral affairs to one focused on mutual prosperity and security by taking joint action to create a more stable and stable relationship more just rule-based Sequence.

However, the arrival of a democratic government would not change one fundamental fact of the international system: its increasing polarization due to the rise of China. There will be an urgent need to strike the right balance between defending transatlantic relations against the effects of the state capitalist system in Beijing and preserving the benefits of existing trade and investment ties with China.

As a unitary state and longstanding great power, the United States is used to weighing economic opportunities against national security requirements in its international strategy. This balancing act is not so natural for the European Union, which is a trade, competition policy and a regulatory superpower, but it lacks a single foreign and security policy.

As shown in President Ursula von der Leyen’s call for a “geopolitical” European Commission, the EU is aware of the need to act more coherently in all policy areas on the world stage. That is a welcome development for US interests. However, there is a risk that the EU will prioritize its independence – for example its “technological sovereignty” – at a time when a unified transatlantic strategy that encompasses trade, technology and security is the best guarantee that the liberal international one Order continues, China’s power is growing.

If the United States, under a new Biden administration, put aside Trump’s “America First” rally cry and extend the hand of cooperation to the European Union, it will be in the EU’s own best interests to find ways to meet its sovereign ambitions with a closer transatlantic reconcile relationships.

These were the details of the news What will happen to America’s transatlantic relations after the US elections? for this day. We hope that we have succeeded by giving you the full details and information. To follow all our news, you can subscribe to the alerts system or to one of our different systems to provide you with all that is new.