Disciplinary action against a Belgian teacher who offered insulting charges to... 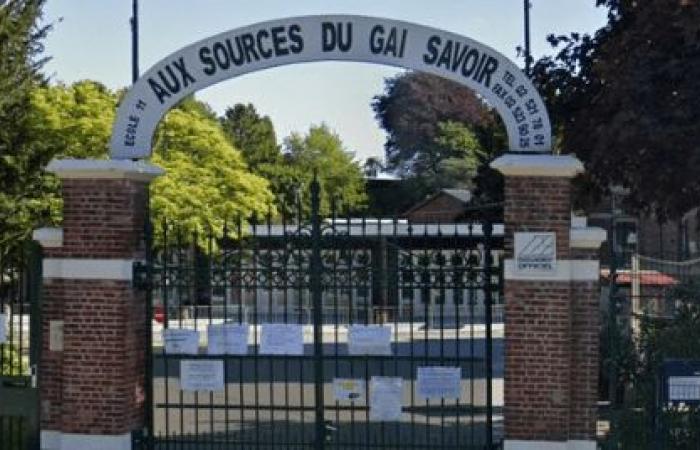 On Friday, a municipal school administration in the Molenbeek Saint-Jean region of the Belgian capital, Brussels, suspended a teacher from work, after he showed his students cartoons offensive to the Prophet of Islam, Muhammad, peace be upon him.

The Belgian teacher, who works in the Molenbeek district in Brussels, showed one of the cartoons previously published by the French magazine Charlie Hebdo, while explaining the killing of the French teacher, Samuel Bate.

“Two or three parents” of the pupils filed a complaint with the administration of this elementary school, stating that a cartoon showing the Prophet was shown to “children in the fifth and sixth grades” of primary education.

The school director was informed of the teacher’s initiative, and informed the concerned authorities represented by the members of the municipal council.

And the British Daily Mail website quoted a spokesman for the mayor of Molenbeek (he did not name him) as saying that our decision depends in particular on the fact that these are obscene images, even if it was not for the Prophet, we would have done the same, he says.

The spokesman added that suspending the teacher’s work is not a punishment, but rather a disciplinary measure, after which the teacher can face administrative procedures.

The Belgian newspaper LaLibre reported that the students’ families stated, based on the statements of their children after the lessons, that the teacher presented them with a tablet computer through which he showed the pictures and suggested that those who did not want to see them look at the ground or anywhere else.

The newspaper pointed out that the teacher used to give citizenship lessons in a class where children reach 10-11 years old.

On October 16, the French police announced that they had shot dead a man they said was a Chechen who killed a teacher who showed his students cartoons insulting to the Prophet Muhammad, in a school in a suburb of the capital, Paris.

On Thursday morning, a stabbing incident occurred in the Notre Dame Church in Nice, France, killing 3 people and wounding many others, while the police announced the arrest of the attacker.

During the past few days, France witnessed the publication of insulting cartoons of the Seal of the Prophets, on the facades of some buildings, in conjunction with statements by Macron stressing that he would not abandon it.

The cartoons, and Macron’s statements, sparked a wave of anger throughout the Islamic world, after which campaigns were launched in most Islamic and Arab countries boycotting French products and goods.

These were the details of the news Disciplinary action against a Belgian teacher who offered insulting charges to... for this day. We hope that we have succeeded by giving you the full details and information. To follow all our news, you can subscribe to the alerts system or to one of our different systems to provide you with all that is new.