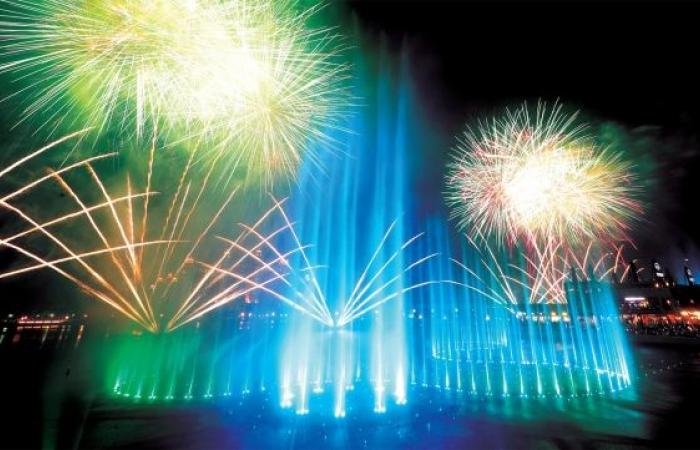 The continuity of entertainment projects is the most important reason for the sustainability of the growth of the tourism sector in Dubai and the enhancement of its competitiveness at the global level. The emirate continues to amaze the world with the constant discovery of entertainment icons, a large part of which has been booked in the Guinness Book of Records.

The Emirate of Dubai offers its visitors a unique leisure tourism experience that suits all ages, from skyscrapers and artificial islands, to parks and various game cities, to music festivals, international sporting events and outdoor activities.

During the current year, the emirate witnessed the opening of new entertainment destinations such as the “Palm Fountain”, the largest fountain in the world .. While the emirate awaits in the coming period the opening of qualitative projects such as “One Mall”, “Sky Walk”, “Ain Dubai” and other destinations that will enhance From its ability to attract tourists from different countries of the world.

The “Palm Fountain” in Dubai won the world record for the “Guinness Book of Records” as “the largest fountain in the world” after its launch last Thursday in a huge celebration that was broadcast around the world.

The “Palm Fountain” occupies an area spread over more than 14,000 square feet, submerged by sea water and radiating at night with the lights of 3,000 “LED” lights pulsing with life, and is distinguished by its giant pump that throws water to a height of 105 meters.

The fountain will open its doors to the public throughout the year between sunset and midnight, which makes visitors enjoy more than 20 detailed shows in 5 different forms as water columns sway to the tune of a group of popular songs, including Gulf, Pop, Classical, International and others .. And all continues 3-minute show, performed every 30 minutes, integrated.

A series of construction works continues in the Emirate of Dubai to build the largest entertainment destinations and shopping malls, including the “One Mall” Square, which features a movable and foldable planetarium, and combines the elements of the entertainment and shopping experience in one place.

The field will reveal the world’s longest ski slope, which stretches for a kilometer.

Skywalk is the prominent viewing path in the Address Sky View project in Downtown Dubai, which provides views from a height of 200 meters, where visitors can stroll around the corridor wearing seat belts, and physically walk outside (the tower).

It provides “Skywalk” with open views of Downtown Dubai, including the landmarks such as: “Burj Khalifa” and “The Dubai Fountain”, with the possibility of seeing the upcoming “Dubai Creek” and the Arabian Gulf coast.

Ain Dubai is located on the island of Bluewaters, and upon its opening it will add a new record to Dubai’s record of achievements. The height of this huge recreational wheel will reach 250 meters, making it the highest of its kind in the world. The waterfront area of ​​”GPR”.

Emphasizing its success in overcoming the repercussions of the spread of the new Corona virus, the Emirate of Dubai reopened a number of distinctive entertainment destinations, amid full commitment to implementing all precautionary requirements and measures.

The list of recently opened destinations included “Dubai Parks and Resorts”, the largest integrated entertainment destination in the Middle East, and the “Hatta Wadi Hub” reserve for outdoor activities, and “Dubai Safari Park”, while Global Village announced the completion of preparations to organize its season. The 25th and its celebration of the Silver Jubilee, starting from October 25th.

Last year, the Emirate of Dubai revealed a package of future projects for the Roads and Transport Authority, which included projects that promote its transformation into the most beautiful city in the world, such as a project for a passenger transport system in the air between Dubai Towers with a length of 15 km and a total of 21 passenger transportation stations, and the (Sunset Beach) project. A hanging garden above the water includes bridges, green spaces and running spaces, and Deira Square, which will represent a new public square for families and children, includes parks, rest houses, places for families to gather and practice hobbies.

These were the details of the news Dubai … the city of entertainment icons – the economy –... for this day. We hope that we have succeeded by giving you the full details and information. To follow all our news, you can subscribe to the alerts system or to one of our different systems to provide you with all that is new.