The rhetoric of Trump and Biden to win the Latino vote... 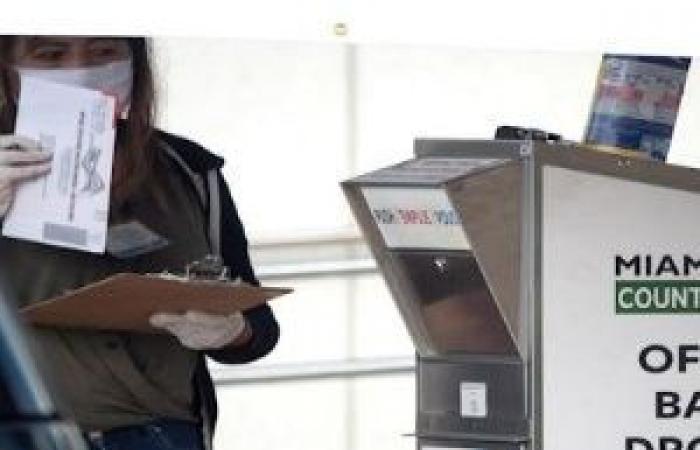 The Latino vote in the presidential elections in the United States (USA) can be decisive for the main hopefuls for the presidency, Donald Trump or Joe Biden. Both refine their proposals to conquer those key states where they can consolidate their triumph.

In this sense, the Pew Institute ensures that around 32 million Latinos are qualified to go to the polls on November 3, so they are still an attractive electoral group for either of the two opponents.

Both Biden and Trump have launched campaign promises and messages related to the Latino community, always from the opposite side. However, some analysts draw attention to the inclination of this population towards the Democratic Party, although they do not dismiss those who support the current president’s hard line against illegal immigration.

Biden “will expand access to affordable and quality health care,” which represents maintaining the health coverage obtained by more than 4 million Latinos under the Affordable Care Act that was promoted during the former president’s term. Barack Obama.

The candidate will “protect and expand the landmark law by giving everyone an affordable public option. Biden’s plan allows people to choose whether to use that public option or keep their coverage private, ”while“ doubling funding for community health centers that so often care for undocumented immigrants ”and“ restoring funding for Planned Parenthood, which treats more than half a million Latino patients.

Inclusion in the middle class

Another proposal is to ensure “that Latinos have a fair chance to join the middle class,” since they account for more than 80 percent of “growth in labor force participation” in the US.

“Biden is running for president to rebuild the middle class so this time, everyone is included. It will begin by raising the federal minimum wage to $ 15 an hour, restoring overtime pay to millions of workers, and eliminating non-compete clauses and unnecessary license requirements that make it more difficult to move to higher-paying jobs. ” express your campaign.

In addition, Biden promises that he will “invest in education from birth to grade 12” so that Latino students can “develop to their full potential,” regardless of “zip code, race, or family income.”

In turn, it proposes “expanding access to quality and affordable education and training beyond high school,” through “an unprecedented investment of $ 70 billion in institutions that serve Hispanics and other minorities.”

Biden will “reform our immigration system” based on the experience of creating the immigration policy known as Deferred Action for Childhood Arrivals (DACA, for its acronym in English) to give so-called “dreamers” (undocumented youth) the opportunity to continue with their lives without fear of being deported ”.

According to his campaign promises, Biden will “prioritize comprehensive immigration reform that will ultimately give some 11 million undocumented immigrants a roadmap to citizenship.”

Biden will “pass common sense gun laws” and “enact legislation requiring background checks on all gun sales, closing other loopholes in our background checking system, and keeping weapons of war off our streets. ”.

In turn, it will “support survivors of gun violence by providing funds for school counselors and create a network of trauma care centers to help survivors heal. Biden’s plan to end our epidemic of gun violence is here. “

The Democratic candidate plans to join the “Paris Climate Accord and rally the world to increase its climate goals,” while “taking action against fossil fuel companies and other polluters who put profits above people and who knowingly harm our environment and poison the air, land and water of our communities, or hide information about possible environmental and health risks ”.

Ultimately, Biden will “reduce incarceration and make our communities safer.” The former vice president promises to strengthen “America’s commitment to justice, will reduce both the prison population and violent crimes, and will eliminate racial, gender and income disparities in the system.”

“It will invest $ 1 billion a year in juvenile justice reform, decriminalize cannabis, and end incarceration for drug use alone, diverting people to drug-related courts and treatment, and expanding access to mental health services ”, he adds in his proposal.

The president does not have a Latino agenda built and defined like Biden, and has appealed in his campaign speeches to anti-left resources and fear to add the Latino vote.

“They promote the shared values ​​of faith, family, hard work and patriotism. Hispanics in the United States embody the American dream, ”the president said during a meeting with Latino supporters at the Treasure Island Hotel & Casino in Las Vegas, Nevada.

Trump insists that Mexico will pay for the border wall between the two nations, by imposing a toll on cars that cross the border or a “tax” on remittances that Mexicans send to their relatives from the United States.

The Republican candidate announced last July that he would promote an immigration decree for undocumented youth to obtain citizenship, although he persists in his idea of ​​eliminating DACA that protects approximately 700,000 “Dreamers” from deportation.

Trump has all along tried to link Biden with the left of his party in order to add immigrants from Cuba and Venezuela.

He also pledged in large cities to combat gang activity and demonstrations against police brutality, to add the vote of older Hispanics.

*The article has been translated based on the content of Source link by https://wp.telesurtv.net/news/eeuu-retoricas-trump-biden-voto-latino-20201030-0039.html
. If there is any problem regarding the content, copyright, please leave a report below the article. We will try to process as quickly as possible to protect the rights of the author. Thank you very much!

These were the details of the news The rhetoric of Trump and Biden to win the Latino vote... for this day. We hope that we have succeeded by giving you the full details and information. To follow all our news, you can subscribe to the alerts system or to one of our different systems to provide you with all that is new.