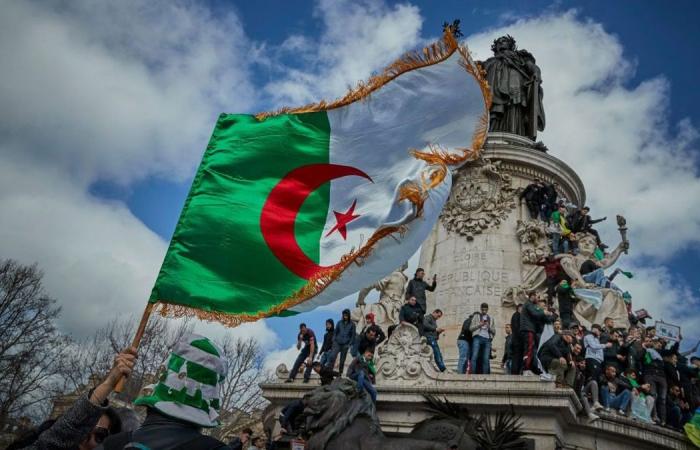 The French newspaper, Le Parisien, considered, in a report, Friday that the referendum on the project to amend the constitution expected on Sunday in Algeria It establishes a “semi-presidential system” in the country.

On Sunday, the Algerians go to the polls to hold a referendum on the new constitution, while opponents of the “Harak” call for a boycott, which threatens that the referendum will take place in a tense atmosphere, according to the same report.

While the movement has been banned by the authorities, Algerians are called to vote on Sunday 1 November to hold a constitutional referendum, with the aim of “translating the desire for radical change into constitutional articles” in order to “build a new republic,” as confirmed by President Abdelmadjid Tebboune, who is present. Currently in hospital in Germany.

The French report sheds light on this Algerian event, saying that Tebboune, who was elected head of state last year and supported by the army, seeks with this vote to legitimize and strengthen his power, ”referring to the date chosen for the referendum – November 1 – a symbolic date that coincides with the outbreak The Algerian revolution of 1954 ushered in the war of independence.

According to the report, “President Tebboune says that he takes into account the demands of the street, speaking of the“ blessed movement, ”and inscribing it in black and white at the front of the constitution, but in reality it is about establishing a semi-presidential system, inspired by Portugal and France, where the powers of the head of state are balanced by Parliament, Tebboune comments, “It is impossible for one person to seize power and act as he pleases and according to his mood.”

The report asks, “Will this be enough to convince the Algerians who took to the streets of Algiers and other cities with hundreds of thousands of people from February 2019 to chase the old president and continue to pressure the regime until imprisonment? Before the writer Bertrand Badie was quoted as saying, “It is a manifestation of change and a cosmetic response, not a cure for the country’s diseases,” and the author of the book “The World Is No Longer Geopolitical” adds that “the movement’s great demand is a total change of the system.”

The constitutional amendment provides for limiting the number of parliamentary and presidential terms and envisages the possibility of coexistence between a head of state and a majority elected from the opposite direction … But this scenario seems unrealistic, as political life remains under the control of the civil-military system to some extent, ”according to the report.

Bertrand Badie considers that “the full share lies in the participation rate, if it is as weak as it was in the presidential elections, then this will be a negative sign for Tebboune, who will not fail to raise fear of infection with the Corona virus to compensate for the relapse,” according to him, but if the percentage exceeds significantly 40 % “In this case, I will ask for closer verification of the numbers,” according to an Algerian journalist.

The report considered that the climate, which it described as “repressive”, does not help restore confidence, as there is a trial almost every week against activists of the movement and figures such as journalist Khaled Dararini, who was recently sentenced to two years in prison, adding that “a simple Facebook post could be useful to the author. Lawsuits and the National Committee for the Release of Prisoners list 90 “prisoners of conscience,” which is a preferred term over “political prisoner” to emphasize that the movement is not a movement or a party, but that it brings together all components of society, ”according to the report, which added that French-Algerian writer Kamel Daoud Talib, President Abdelmadjid Tebboune A presidential pardon to release them on November 1.

The report notes that “in addition to organizing the authorities, the constitutional reform also addresses other areas such as strengthening the Amazigh language, which makes the Islamic Movement parties swing and considers it as a possible questioning of the predominance of the Arabic language, the language of the Qur’an, in addition to other prominent points, including facilitating foreign investments and the possibility of interference. The Algerian army is outside its borders.

These were the details of the news Amending the Algerian constitution establishes a “semi-presidential” system – Erm News for this day. We hope that we have succeeded by giving you the full details and information. To follow all our news, you can subscribe to the alerts system or to one of our different systems to provide you with all that is new.