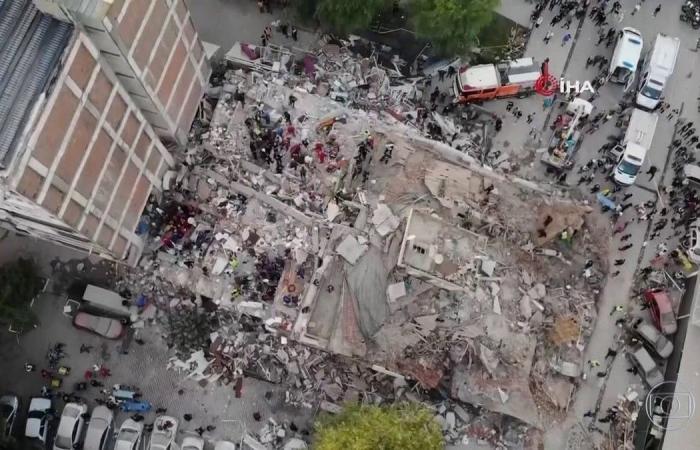 Witnesses felt the floor shake for about 30 seconds. Within minutes, the sea had already grown and started taking everything away in cities in Turkey and Greece.

The cracks went through buildings and caused entire lives to collapse. Many people ran to the streets and did not believe in those landslides. The prefecture of the Turkish province of Izmir counted at least 20. A man said he panicked, but managed to leave at the last minute.

The tragedy happened around 3 pm (local time) in the Aegean Sea – which lies between Turkey and Greece. The epicenter was 14 kilometers from the island of Samos, but it also hit Izmir hard. The land moved even in Athens and Istanbul. The Greek government has asked the island’s 45,000 residents to stay away from the coast because of the risk of a tsunami.

The Prime Minister of Greece called the Turkish president to offer condolences. But soon after, Kyriakos Mitsotakis discovered that there were Greeks among the dead as well.

Most earthquakes in the world occur at more than 300 kilometers deep; this came close to 10. And the closer to the surface the worse. The two countries are sitting on a geological fault. Earthquakes are relatively common, but not with this violence. The last time Turkey was hit hard was nine years ago. The Istanbul earthquake left 500 dead. Another in Izmit killed 17,000 people in 1999.

This Friday (30), the excavators returned to full intensity. But a lot of people ran to help Civil Defense. The Turkish government sent a military plane and teams to participate in the searches. The rescue service managed to get 70 people out of the rubble at least. Hands dig until they bleed.

These were the details of the news Magnitude 7 earthquake kills in Turkey and Greece | National... for this day. We hope that we have succeeded by giving you the full details and information. To follow all our news, you can subscribe to the alerts system or to one of our different systems to provide you with all that is new.