A country in North America wants to receive large numbers of... 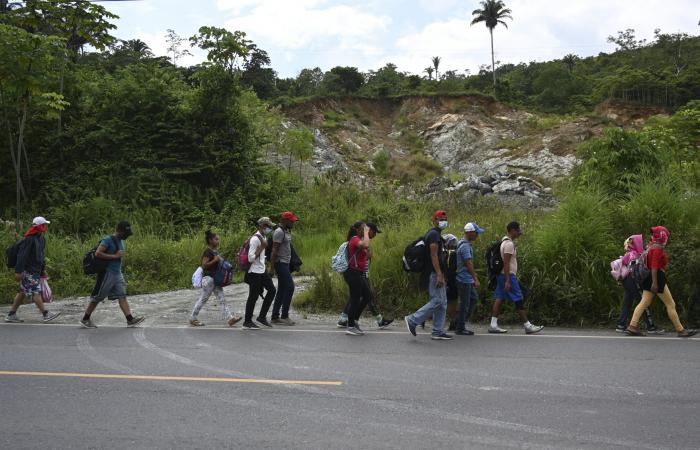 Cairo called on its citizens returning to work in any country, especially Kuwait, to exercise caution in dealing with tourism companies and review all legal procedures governing travel and residence in those countries, noting that the Egyptian embassy in Addis Ababa is working with the Ethiopian side to release the detained citizens.

In a statement, the Egyptian Ministry of Immigration called on “Egyptian citizens who wish to return to their work in any country, especially the State of Kuwait, to exercise caution in dealing with tourism companies and not to travel until after ensuring that all the legal procedures for this have been completed, including the flight ticket, a valid visa, and reviewing the state’s position ( Transit) in terms of residency for two weeks before heading to Kuwait.

The Ministry called on – based on a request from the Egyptian embassy in Addis Ababa – citizens returning to Kuwait via Ethiopia, to slow down and not travel until the Egyptian embassy in Ethiopia finishes the procedures for the release of the detained citizens and coordinates with the Ethiopian side regarding the quarantine applied in this case. .

According to the ministry, the move came “after receiving a complaint from Egyptian citizens who were detained by the Ethiopian authorities at Bole International Airport in the capital, Addis Ababa,” while they were passing by on their way back from Egypt to the State of Kuwait.

The embassy added that its contacts with the Ethiopian authorities indicated that Egyptian citizens had come to Ethiopia “for the purpose of staying for 14 days there and then heading to the State of Kuwait, and not for the purpose of tourism, according to the visas they obtained from Cairo.” Quarantine instructions followed in Ethiopia in light of the Coronavirus pandemic.

On Thursday, the Egyptian embassy in Addis Ababa revealed the details of the detention of Egyptians at Bole International Airport in Ethiopia, in a statement published on its official page, in an incident that the Egyptian Foreign Ministry spokesman, Ahmed Hafez, also confirmed to Al Hurra.

This comes amid tension in relations between Cairo and Addis Ababa in light of the disagreement between the two sides over the construction and operation of the Grand Ethiopian Renaissance Dam.

Egypt depends 97 percent on the Nile for irrigation and drinking water, while Ethiopia says the $ 4 billion project is necessary for its prosperity.

These were the details of the news A country in North America wants to receive large numbers of... for this day. We hope that we have succeeded by giving you the full details and information. To follow all our news, you can subscribe to the alerts system or to one of our different systems to provide you with all that is new.