Nasrallah reveals his data to form the government 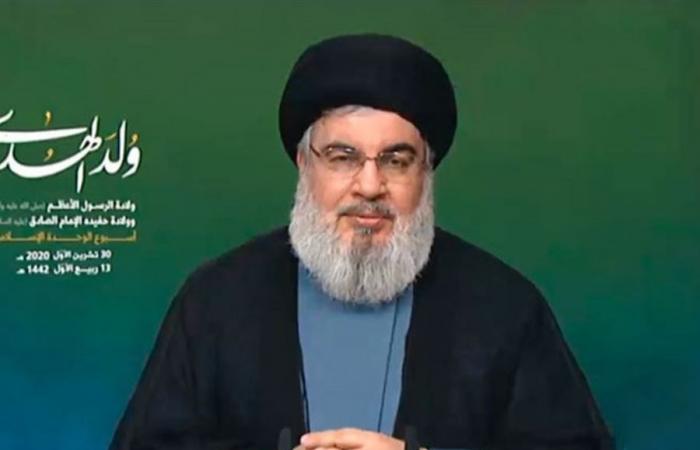 The Secretary-General of Hezbollah, Sayyid Hassan Nasrallah, in a speech on the occasion of the birth anniversary of the Prophet and the week of Islamic unity, hoped that “the President-designate Saad Hariri, with understanding with the President of the Republic, Michel Aoun, and in cooperation with the rest of the parliamentary blocs, to form a government as soon as possible, so that the caretaker government cannot continue. Things are good and reasonable, and we do not want to exaggerate the positive. “Nasrallah said, “We will cooperate and facilitate the formation process as much as possible and most of what is reported in the media is not accurate.”

Regarding Corona, Nasrallah considered that “many people are living with Corona despite its wide spread at a time that leniency in dealing with this outbreak is inhumane, immoral and illegal.”

And he stressed that “the only option is not closure and coexistence with the virus is possible, provided that the preventive measures are adhered to. Otherwise, we are going on a very dangerous path at the health level, and this requires a major cry in the country and dissatisfaction with the status quo.” He stressed that “the responsibility to confront Corona relates to everyone, government and people, not just the Ministry of Health.”

He concluded: “God willing, I will speak on 11/11 in memory of the martyr’s day of Hezbollah.”

These were the details of the news Nasrallah reveals his data to form the government for this day. We hope that we have succeeded by giving you the full details and information. To follow all our news, you can subscribe to the alerts system or to one of our different systems to provide you with all that is new.