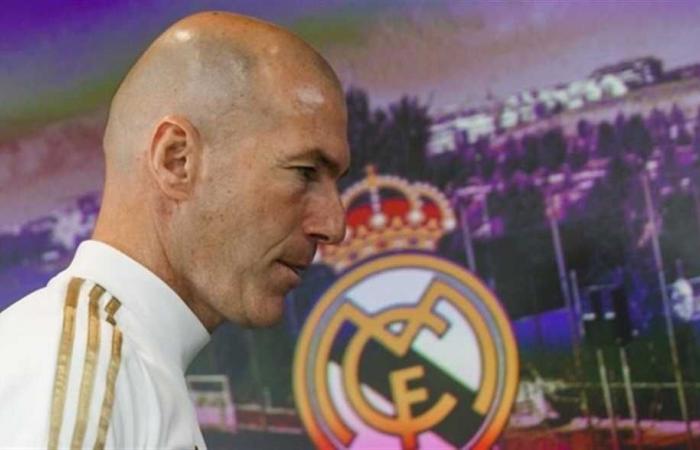 Real Madrid coach Zinedine Zidane said that Karim Benzema and Vinicius Jr. are the two of his team who trained together and spoke, noting that what happens on the stadium remains there and there is no further than that.

Zidane said at the press conference before facing Huesca in the Spanish League, saying: “My team has shown that it is fine and ready, what happened shows that we are alive.”

“The most important thing is that it is clear that the players are managing the matter themselves. The players say many things on the field, but you should always stay there.”

And he added, “Benzema and Vinicius spoke and trained together, and that is all there is to it and I will only say.”

“This kind of thing always happens all the time on the field, things get hotter, you say some things about yourself, others and even about me as a coach,” he said.

The French “Televot” program showed a video clip showing Benzema talking with his colleague Ferland Mendy, his French national, and telling him not to pass to Vinicius, saying: “He is playing against us.” (See details)

Zidane touched on talking about Hazard, saying: “Hazard is fine. He trained with us and feels good. Of course it gets complicated when any player is injured, but now he is with us.”

“We have many matches and the plan is for him to participate. We will see where we will be and how we will manage or participate in him, but it is good that he is well and returned, this is the most important thing,” he said.

“We are ready because we have a number of important matches, and there are many minutes, so the players must be prepared for what is coming,” he said.

Real Madrid drew 2-2 with Borussia Moenchengladbach in the second round of the Champions League group stage.

Real Madrid won the Liga Clasico 3-1 in the last round of La Liga.

These were the details of the news FilGoal | News | Zidane: Benzema and Vinicius trained... for this day. We hope that we have succeeded by giving you the full details and information. To follow all our news, you can subscribe to the alerts system or to one of our different systems to provide you with all that is new.