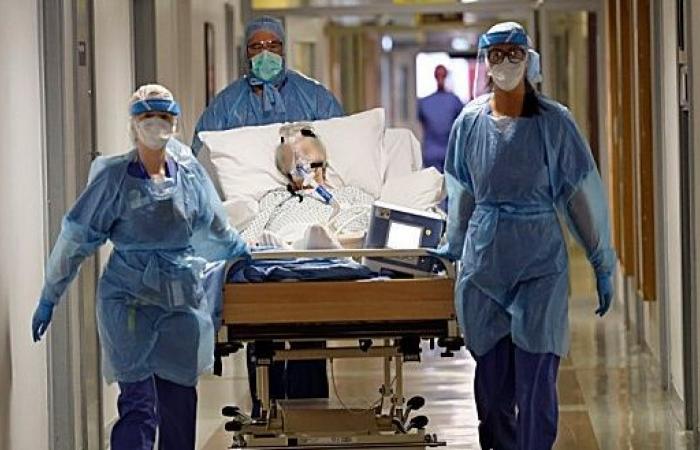 Ireland outperforms almost all European countries in fighting the spread of Covid-19, according to the National Health Emergency Team (Nphet). However, it also warned that further and sustained efforts are needed to contain the virus.

The data presented by Nphet on Friday shows that in almost all European countries, the 7-day incidence of the virus has increased between two and 59 percent compared to the previous week.

The same metric fell in only four countries in Europe, one of which was Ireland, which saw a 30 percent decline in the week to Friday. The republic now ranks 20th overall in this measurement.

Nphet reported the first positive trends in the data in three months on Friday, but warned primarily about the spread of the virus in older cohorts, where incidence rates have risen as well as in younger people.

Dr. Colm Henry, HSE’s chief clinical officer, said the hospital system is “stable right now,” with 325 cases in the hospital and 42 in intensive care. However, he warned that “we are still only weeks away from the health systems becoming overwhelmed”.

The Ministry of Health reported 772 new cases of Covid-19 and six deaths. As of now, a total of 61,059 cases of the disease have been diagnosed and 1,908 deaths related to the virus in the state. There were 96 deaths in October, 34 of them in nursing homes. This equates to a total of 36 deaths in September and five in August. The R-Number is estimated to be around 1, with Nphet estimating it should be around 0.5 to bring the case numbers to around 100 per day by the end of the six-week period of restrictions.

As key indicators of the disease continue to decline in Ireland, Prof. Philip Nolan of the Irish Epidemiological Modeling Group said he was able to report positive trends in the data for the first time in months.

“This is the first time in three months that I have reported positive signs that we are starting to suppress the transmission of the virus,” said Prof. Nolan. “When we achieve this type of oppression, it is important to make it permanent.”

The data shows that the virus’ most recent surge peaked last week, averaging seven days for seven days. As of Friday, the seven-day average is 836.

The 14-day incidence of the disease per 100,000 population, another important metric, peaked at around 310 and is now 287. As the number of cases declines, hospital admissions continue to rise, despite having deviated from the exponential growth of recent weeks.

The reversal currently seen in the growth of the virus was more due to the introduction of a household blending ban, rather than the previous level 3 restrictions or the level 5 restrictions introduced on October 21, according to Prof. Nolan.

However, Nphet remains concerned that based on the experience in Dublin, the decline could be reversed after the Level 3 measures were introduced in September. While the falls there stabilized for about two weeks, they then rose steeply and doubled over about ten days.

Dr. Tony Holohan, the chief medical officer, said Nphet had no concerns about the schools reopening for the next week. He reiterated the Nphet’s view that its analysis shows that transmission in schools is low and that it is not a high risk environment.

Earlier in the day, HSE chief Paul Reid said it was difficult to predict when the Covid-19 cases will peak this winter.

Part of the reason for this is the time lag between cases in younger people moving on to those in the age group over 65, he said. This lag between cases between 18 and 25 years of age and cases among the elderly and more vulnerable was seen not only in Ireland but in other countries as well.

He said that while evidence of Level 3 and 5 measures is emerging, the first showing effects, caution should be exercised.

Mr Reid said while positivity rates have eased in Ireland recently, the number of people in hospitals and intensive care units continues to rise.

Mr Reid also said that there is no agreement to provide intensive care beds for patients from Northern Ireland, but the HSE would do so if requested.

“There have been various levels of commitment to the Northern Irish healthcare system, but no formal request for help. Should a request be made, we would be ready to help. ”

Regarding nursing homes, Reid said four nursing homes are affected by a severe Covid-19 outbreak and 25 others are receiving a range of supports.

These were the details of the news Ireland outperformed almost all European countries in controlling the Covid-19 spread for this day. We hope that we have succeeded by giving you the full details and information. To follow all our news, you can subscribe to the alerts system or to one of our different systems to provide you with all that is new.