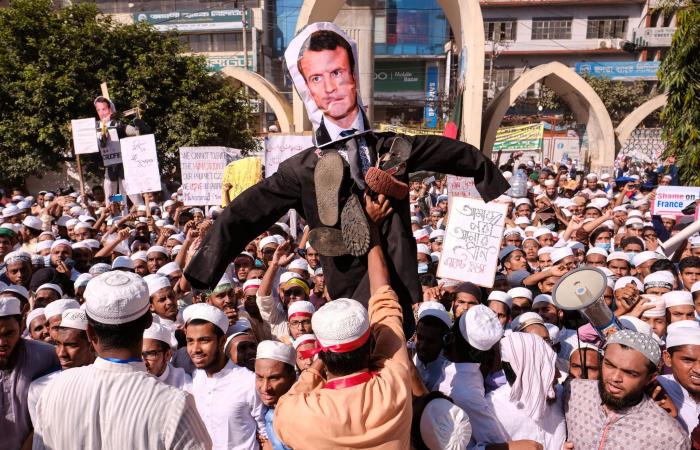 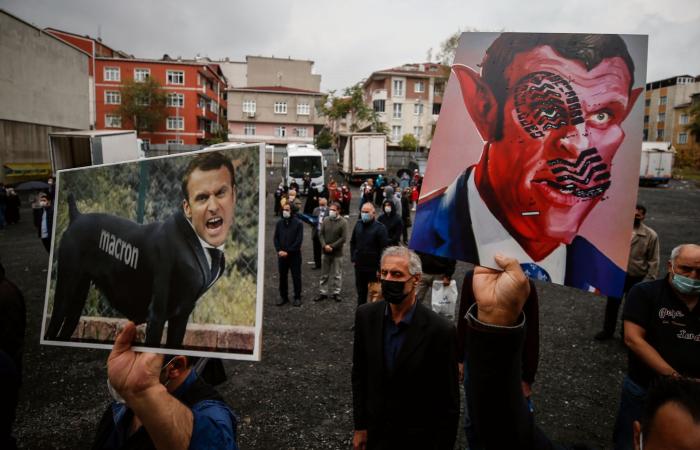 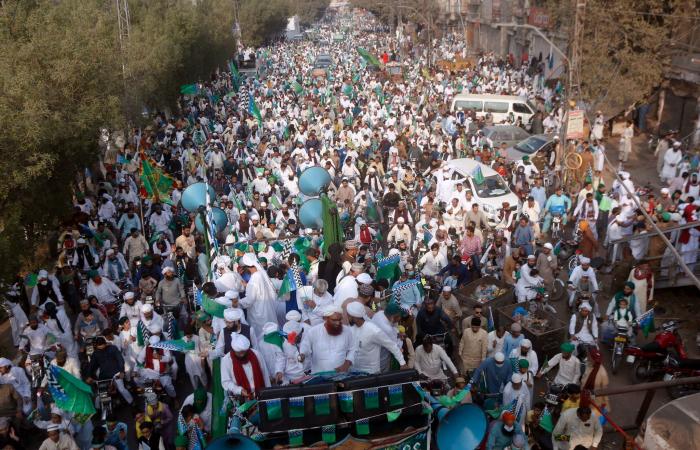 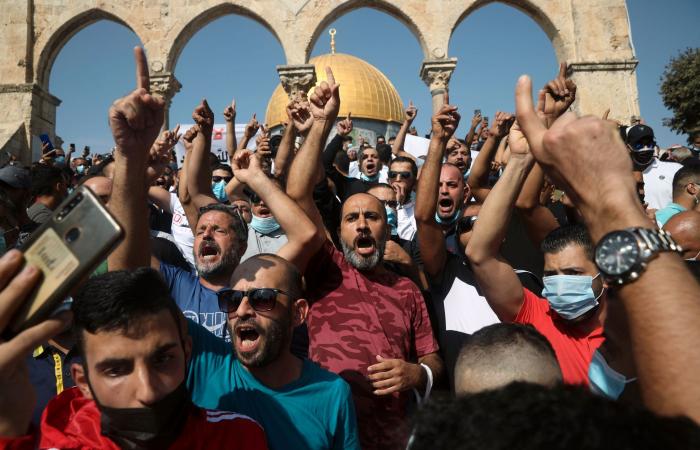 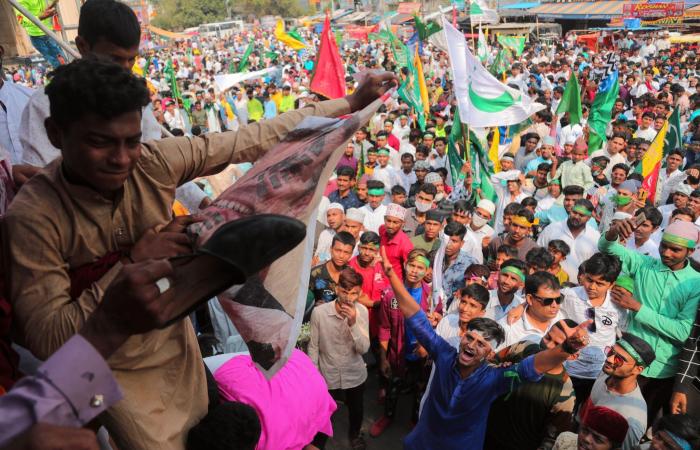 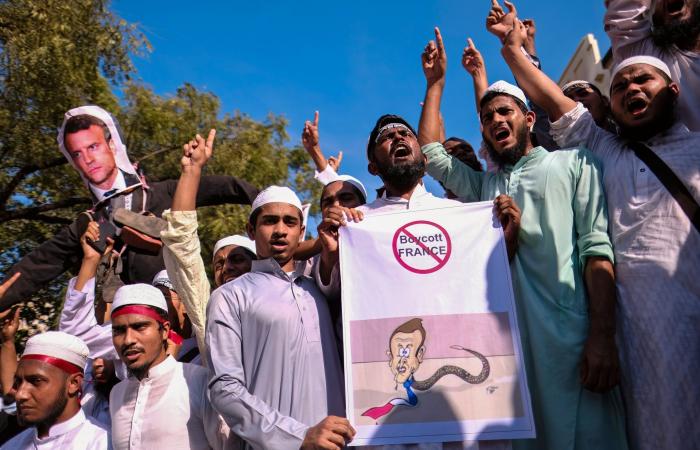 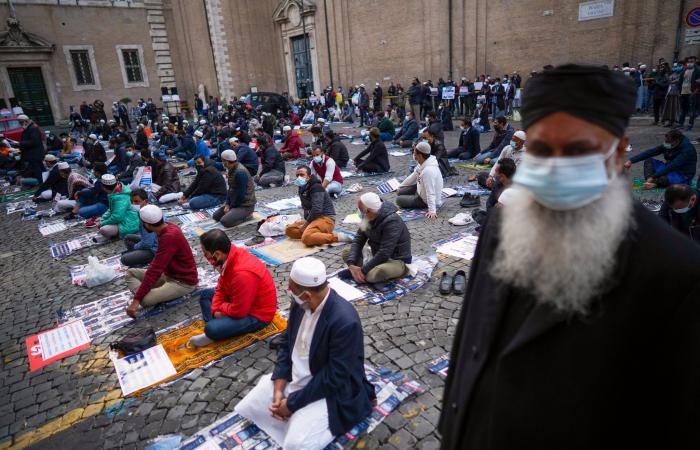 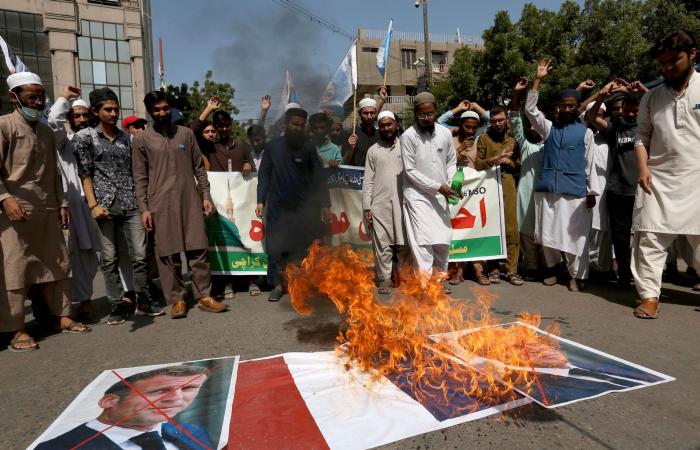 Tens of thousands of Muslims in a number of countries demonstrated on Friday against France and President Emmanuel Macron’s defense of cartoons of the Prophet Muhammad.

From Bangladesh, Pakistan and India, to Lebanon, Palestine and Turkey, there were demonstrations and demonstrations, and in several places clashes broke out with security forces.

In Dhaka, Bangladesh, up to 40,000 people marched through the streets, and many also gathered outside mosques to express their dissatisfaction with Macron’s statements.

– France violates the world’s two billion Muslims. President Macron must cover his crime, said Gazi Ataur Rahman, one of the leaders of the Islami Andolan party in Bangladesh.

In Pakistan’s second largest city, Karachi, around 10,000 people took part in a march, which was actually a celebration of Mawlid, the Prophet Muhammad’s birthday, but where slogans were shouted against France and Macron.

In Islamabad, clashes broke out between about 2,000 protesters who threw stones at police and tried to march to the French embassy. They were met with tear gas and clubs, and several were injured.

The protesters shouted slogans such as “behead the blasphemous” and hung a figure representing Macron in a rope down from a bridge and set it on fire.

Also in Lahore, around 2,000 people shouted slogans against France, trampled on French flags and called for a boycott of French products.

There were also protests in Afghanistan, including in Herat where thousands of protesters shouted “Death over France, Death over Macron!”.

In the Lebanese capital Beirut, several hundred protesters tried to march on the Palais des Pins, where the French ambassador lives, but were stopped by police. Some of the protesters threw stones, and the police responded with tear gas.

“France is in crisis as a result of Macron,” read the text on one of the protesters’ posters.

In Jerusalem, hundreds of Palestinians gathered outside the al-Aqsa Mosque, shouting:

– We sacrifice our souls and our blood for our Prophet Muhammad.

Macron was also protested in Hebron on the occupied West Bank, and clashes broke out between protesters and Israeli soldiers.

Relations between France and a number of Muslim countries have deteriorated in the wake of the assassination of history teacher Samuel Paty, who had shown caricatures of the Prophet Muhammad while teaching freedom of speech.

President Recep Tayyip Erdogan of Turkey is among the world leaders who have been harshest against Macron, who has defended the caricatures on the basis of freedom of expression. Erdogan is provoked by what he considers to be the anti – Muslim attitudes of the French authorities.

The cartoons were recently republished by the French satirical magazine Charlie Hebdo to mark that the trial after the deadly attack in 2015 had begun. Many Muslims consider images of the Prophet to be blasphemous.

French authorities believe they have been hit by a series of attacks by Islamist extremists. No later than Thursday, a knife attack took place in Nice, where three people were killed, who are being investigated as terrorism.

These were the details of the news Large demonstrations against Macron in many countries for this day. We hope that we have succeeded by giving you the full details and information. To follow all our news, you can subscribe to the alerts system or to one of our different systems to provide you with all that is new.