Near Palmeiras, Abel Ferreira says goodbye to the PAOK squad at... 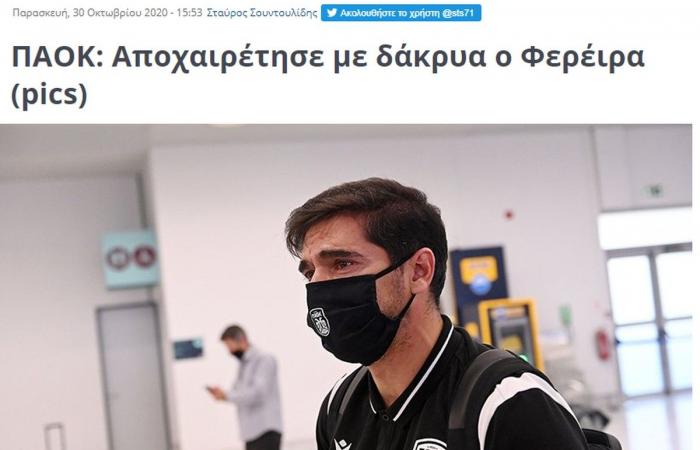 This Friday morning, the Portuguese coach said goodbye to the players still at the airport in Greece, where the team returned after the goalless draw against Granada-ESP, for the second round of the Europa League.

In images released by Gazzeta from Greece, Abel Ferreira is moved and embraces the players on arrival in Greece.

According to information confirmed by the give, the coach talked to some athletes and confirmed that he would leave the airport to close the last details of the deal with Palmeiras.

The expectation is that the final details will be concluded this Friday, with Abel Ferreira electronically signing the contract with Palmeiras. The commitment must last for two years.

Abel Ferreira is close to being confirmed as the eighth manager of Mauricio Galiotte’s management. Under the command of the current president, Palmeiras had the works of Vanderlei Luxemburgo, Mano Menezes, Luiz Felipe Scolari, Roger Machado, Alberto Valentim, Cuca and Eduardo Baptista.

These were the details of the news Near Palmeiras, Abel Ferreira says goodbye to the PAOK squad at... for this day. We hope that we have succeeded by giving you the full details and information. To follow all our news, you can subscribe to the alerts system or to one of our different systems to provide you with all that is new.