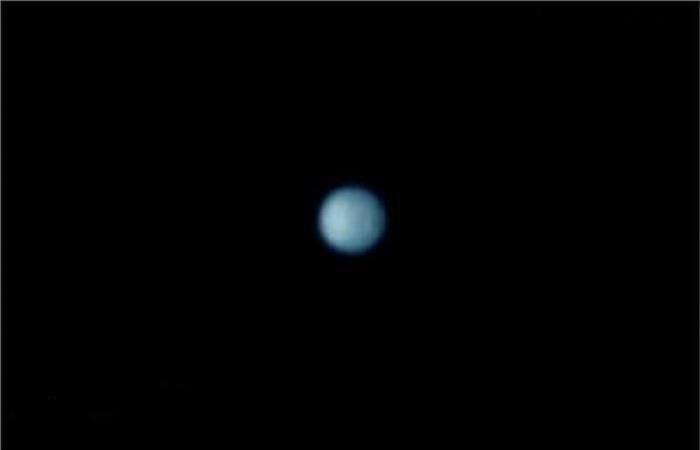 We show you our visitors the most important and latest news in the following article:
“Uranus” is flying in the sky of the Arab world .. Saturday, Friday, October 30, 2020 01:09 PM

He will arrive in the sky of the Arab world on Saturday evening, October 31, 2020And Ranus, the turquoise planet To the nearest point to the Earth and its face fully sunlit, which is the best time to observe it during the year.

According to the Astronomical Society in Jeddah, what is meant by the correspondence is that the planet will meet the sun in the earth’s sky, a phenomenon that occurs whenever the earth falls between the sun and Uranus, and it must be clarified that what is meant by the location of Uranus in the nearest point to the earth is according to astronomical criteria only, as it is actually 2,810,639,880 kilometers from our planet, which means that Uranus is still far away.

Since Uranus is in the opposite direction, it will rise with sunset, reach the highest point in the sky at midnight, and set at sunrise the next day.

It is known when one of the planets in the encounter is at its brightest and best conditions, but for Uranus its apparent luminosity will be «+5.7», so it will be like stars faint to the naked eye, and it will fall about 20 degrees east of Mars in front of the stars of Aries, and Uranus will be only 3.7 arc seconds wide. But that’s enough to see it as a small, blurry ball and not as a point through high-powered telescopes, but even through small, well-made telescopes.

To try to see Uranus with the naked eye, the observation must be from a dark location away from the light pollution of cities that can be seen easily through binoculars as a faint point of light, provided that the observer knows to determine its location using an application, and this year will coincide with the encounter of Uranus and the presence of the moon, which will affect the observation of objects Dim in the dome of the sky.

These were the details of the news “Uranus” is flying in the sky of the Arab world ..... for this day. We hope that we have succeeded by giving you the full details and information. To follow all our news, you can subscribe to the alerts system or to one of our different systems to provide you with all that is new.