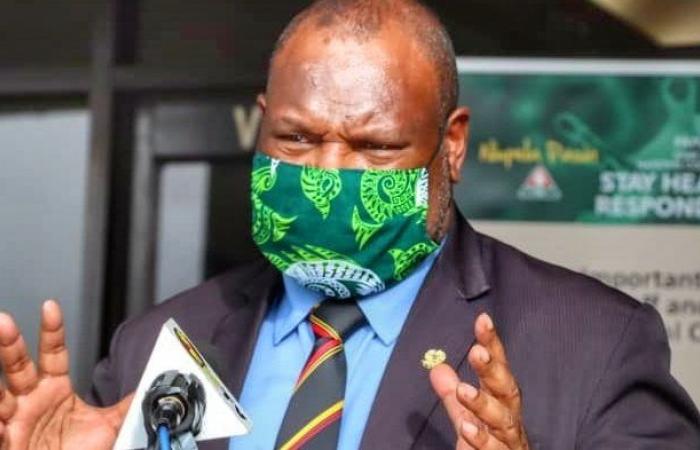 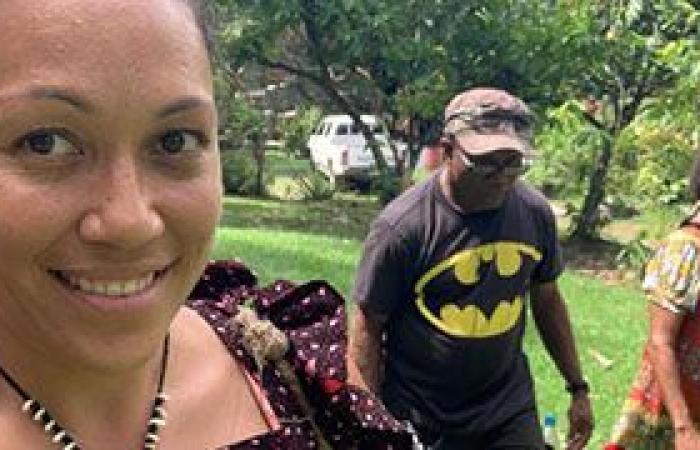 Papua New Guinea Prime Minister James Marape has defended plans to give millions of dollars to a local company to develop an unknown COVID-19 treatment.

Mr Marape said the government’s commitment to Niugini BioMed, a newly formed company that is “very confident” that it has discovered a new treatment for COVID-19 after “scanning and analyzing” 30,000 drugs, is not “illegal or illegal.” inappropriate ”from around the world.

The company is targeting 10.2 million kina ($ 4 million) for “Procurement of Drugs and Devices for Treatment of COVID-19”.

Frank Me’alin, board member of Niugini BioMed and a former member of parliament, said the treatment involved using existing drugs that are already available at pharmacies.

“These are not new drugs that we developed in the laboratory,” said Me’alin.

“They have already gone through the strict process, they are on the market.”

Mr Marape said the process of engaging Niugini BioMed “to find a cure for COVID-19” is ongoing.

But Health Minister Sir Puka Temu said the bill was approved, despite admitting he was not present when the decision was made.

“I believe that with this initiative, PNG will hopefully expand the knowledge about COVID-19 that is lacking in the world today,” said Sir Puka Temu.

Leaked documents from a cabinet motion revealed how a team of scientists who are part of Niugini BioMed – including several from the University of Papua New Guinea – presented their findings to Mr Marape, other government officials and the country’s World Health Organization director in August.

Dr. Tawheed Islam, the officer in charge of PNG WHO, said they were unaware of the planned research program.

“We learned too [of the funding proposal] from the newspaper. We need more details to comment on, “he said.

However, many of these bodies said they were unaware of the Cabinet’s filing or plans for their participation.

William Pomat, director of the PNG Institute for Medical Research, said his organization was not contacted by Niugini BioMed for “advice and recommendations.”

“I didn’t hear or take part in any discussions [this] Group. I am concerned about the IMR [Institute of Medical Research] was overlooked trying to keep this up, “he said.

Could PNG Become a Failed State?

Countries with pre-existing conditions – poverty, limited health care, ineffective or corrupt governments – are fragile, and COVID-19 threatens to push them to the edge of survival, writes Melissa Clarke.

“I don’t see any expertise there, no credible people who know about viruses,” he said.

“This company … just showed up overnight. This is very suspicious.

“Second, there are institutions in the country that have the expertise, equipment and infrastructure to properly test and research these so-called wonder drugs before they are launched.”

Links to the national university of PNG

Niugini BioMed offices are registered in the Chemistry Department of the University of PNG (UPNG).

“When I realized how important it was, I had to go to the prime minister and his government to at least give them the opportunity to present the results,” Me’alin said.

“It was up to the government to take them on board and own or let the technology through.”

The company’s eight directors, many of whom are listed on its medical research team, include several university staff, including chief of chemistry Reddy Kuama and Belly Asong, a lecturer in UPNG chemistry.

How Kalo was in PNG 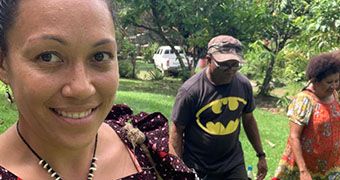 When Kalo decided to repatriate her grandparents’ ashes to PNG, she thought it would be a short trip. But it has radically changed the direction their life was traveling.

Mr Marape said he was optimistic that the medical team could find a successful COVID-19 treatment, and praised the “young and competent PNG scientists” who could “be up for something big”.

“It will go through our medical health research advisory board to make sure the structure is right,” he said.

Mr Marape also signaled that he was confident that successful COVID-19 treatment could be found within the confines of PNG.

“We are a nation with a huge biodiversity, which makes up 5 to 7 percent of the world’s biodiversity. Our ancestors lived with malaria, snakebites and all kinds of tropical diseases, ”said Marape.

“I am sure that in all of our biodiversity we can find new medicines in our blessed land.”

PNG has recorded 589 cases of coronavirus since the pandemic began, but there are concerns that the infection rate could be much higher due to low test numbers.

These were the details of the news Papua New Guinea Prime Minister defends multi-million dollar plans to find... for this day. We hope that we have succeeded by giving you the full details and information. To follow all our news, you can subscribe to the alerts system or to one of our different systems to provide you with all that is new.