Multivaccination and polio campaign is extended until November 13 in SP... 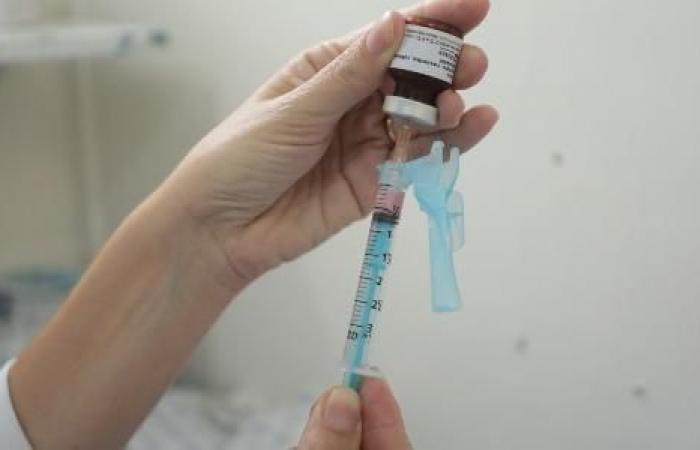 The vaccination campaign against polio and multivaccination was extended until November 13 in the entire state of São Paulo. The decision of the State Department of Health reflects the low adherence to the campaign, which reached only 39.6% against “polio”. It is still necessary to vaccinate more than 1.3 million children from one to under 5 years of age against the disease. In total, 14 types of vaccines will be offered that protect against about 20 diseases.

As Estadão showed in September, the coverage rates for mandatory vaccines in babies in Brazil is the worst in 20 years. For specialists, although anti-vaccine movements have an impact on lower adherence, the main reasons for this scenario in the country are the population’s low perception of risk of eradicated diseases and difficulties in accessing immunizers at health posts.

By the end of the current campaign, the government of São Paulo intends to vaccinate 95% of the 2.2 million children in the State against polio. Today, the municipalities immunized only 876,700 children from the campaign’s target audience. In a note, the portfolio said that adherence to the multivaccination campaign also needs to increase. “The purpose is for people in this age group to receive doses of important vaccines that may be pending, thus ensuring proper protection against viruses that circulate in the territory,” says the text. Adding all types of vaccines, more than 5.2 million are distributed in the state posts for application in the target population.

Parents or guardians must take the children to one of the 5,000 health centers in the municipalities of the State with the vaccination card in hand so that a professional can assess what doses will need to be applied, both in the event of delay, lack or need for reinforcement . The measure contributes to improving vaccine coverage, which has fluctuated in recent years.

Approximately 427,300 children and adolescents from 5 to 14 years old showed up at the points to update their vaccination card, of these 188,200 had vaccines applied, representing 44.1%. The attendance rate in this age group is 6.8%. In the age group of children under one year, the number of appearances reached 198.1 thousand, about 32.4% of the target audience. With vaccine applied the number was 129.3 thousand, that is 65.3% in the total of those who attended.

State Secretary for Health, Jean Gorinchteyn, asks parents and guardians to take advantage of this extension to take children to posts. “It is extremely important to increase vaccination coverage against polio, in addition to updating the vaccine portfolio of our children, helping to eliminate the risks of the circulation of these diseases”, he highlights.

“When attending one of the vaccination posts, families are advised about all types of vaccines currently available in SUS”, adds the coordinator of the State Vaccination Program, Helena Sato. According to her, campaigns like this are highly effective in eradicating diseases and eliminating the risk of reintroducing diseases. “In general, vaccination coverage of 90% and 95% is indicated for effective protection of the population, and the expansion of adherence is essential for these rates to be achieved”, he concludes.

The complete table with the list of vaccines, age groups expected to receive doses and coverage data is available at the link: https://www.saopaulo.sp.gov.br/wp-content/uploads/2020/10/tabelavacinacao. pdf. It is essential to consult the municipality of your municipality regarding the opening of the vaccination posts this Friday, October 30, optional point of the Day of the Public Employee.

These were the details of the news Multivaccination and polio campaign is extended until November 13 in SP... for this day. We hope that we have succeeded by giving you the full details and information. To follow all our news, you can subscribe to the alerts system or to one of our different systems to provide you with all that is new.