Surprise about the French gunman Avignon: “a deranged who was targeting... 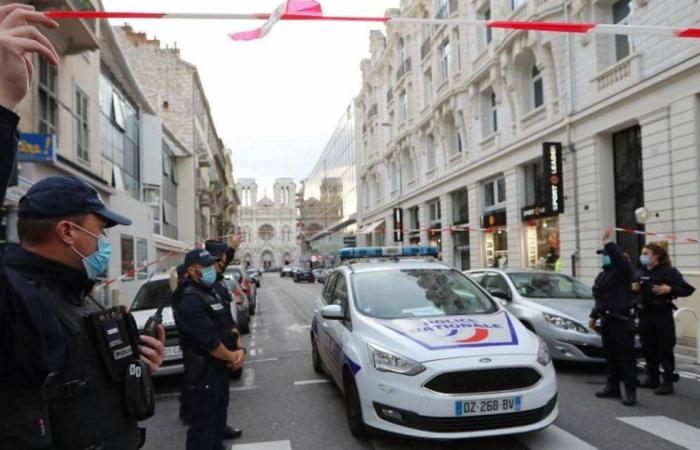 Timeliness French security forces In the southern French city, a man threatened passers-by with a large knife, in the second such attack in the country within hours.

About an hour before it, an attack in a church in the city of Nice (southeast) left 3 people dead and others wounded. Sources said that the perpetrator of the attack was chanting, “God is great.”

The weights at the time went to the fact that what happened in Avignon was related to the Nice accident, but “Le Monde” revealed otherwise.

The famous French newspaper said that the man who was killed by the police and who was threatening passers-by “belongs to the extreme right and was planning to attack Muslims.”

It stated, “The man belonged to the extreme right-wing” Generation Identitaire “(Preservation of Identity) group, and was threatening to attack a merchant of Maghreb origin.”

She indicated that the dead man was 33 years old and suffering from mental disorders.

For his part, the French “C News” website quoted the Public Prosecution office as saying, “We changed the course of the investigation and deviated from the assumption of Islam .. The man was subject to psychological follow-up and had previously made inconsistent remarks.”

These were the details of the news Surprise about the French gunman Avignon: “a deranged who was targeting... for this day. We hope that we have succeeded by giving you the full details and information. To follow all our news, you can subscribe to the alerts system or to one of our different systems to provide you with all that is new.