The “Nice Butcher” was an Italian Red Cross ID 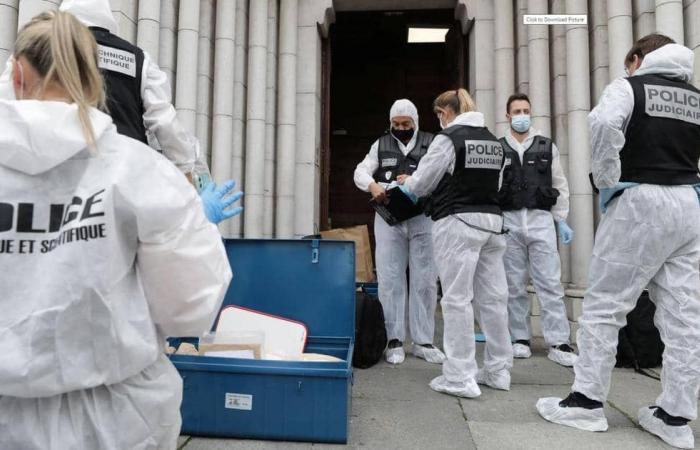 Jean-Francois Ricard said the striker was Tunisian, born in 1999 and arrived in Bari, Italy, on October 9th.

The French official added that surveillance cameras showed the young man at the train station at Nice Noting that he walked from it for a distance of 400 meters to Notre Dame.

A Tunisian judicial spokesman had said that the Tunisian suspect in the Nice attack was named Ibrahim Al-Owaisawi He pointed out that he was not classified as a hardliner before he left Tunisia.

A French police source said that Al-Awassawi was not classified as a militant in France either.

A Tunisian security source said that Al-Awassawi came from the village of Sidi Omar Bouhajla in Kairouan and was living in Sfax, noting that the police went to his family today, Thursday, and are investigating them.

Mohsen al-Dali, a judicial spokesman, confirmed to Reuters the identity of the suspect, saying he was not classified as a militant Tunisian authorities.

He added that Al-Awsawi left Tunisia On an illegal immigration trip on September 14, he arrived in Nice yesterday.

Earlier, the judicial authorities in Tunisia announced the opening of an investigation into the suspicion of Tunisian involvement in Terrorist operation.

These were the details of the news The “Nice Butcher” was an Italian Red Cross ID for this day. We hope that we have succeeded by giving you the full details and information. To follow all our news, you can subscribe to the alerts system or to one of our different systems to provide you with all that is new.