The Kremlin on the French Nice incident: “Murder is wrong, but... 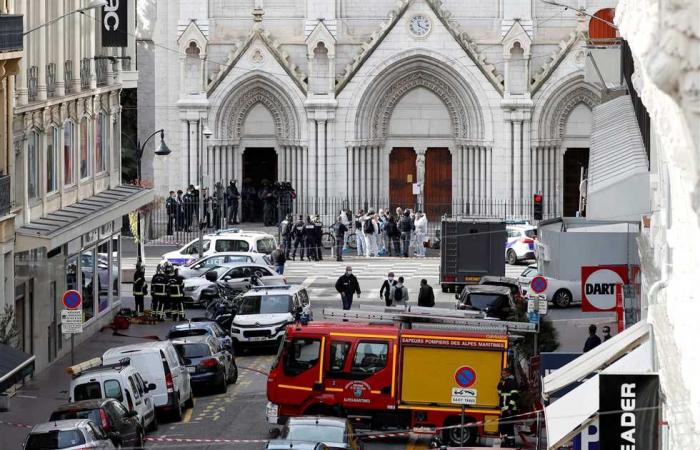 The Kremlin commented Thursday on the attacks in Nice, France that killing people is unacceptable, but it is also wrong to harm religious feelings.
The comment came after an attacker chanting “God is great” beheaded a woman and killed two others in an attack at a church this morning.

Police and officials had reported that an attacker carried a knife and chanted “God is Great” to behead a woman and kill two others in an attack at a church in Nice, France.
The mayor of Nice, Christian Estrozzi, said on Twitter that the attack, which he described as a terrorist, took place in or near Notre Dame Church, and that the police had arrested the attacker, who kept chanting “God is great” even after his arrest.

These were the details of the news The Kremlin on the French Nice incident: “Murder is wrong, but... for this day. We hope that we have succeeded by giving you the full details and information. To follow all our news, you can subscribe to the alerts system or to one of our different systems to provide you with all that is new.