A French source reveals the nationality of the arrested in Lyon... 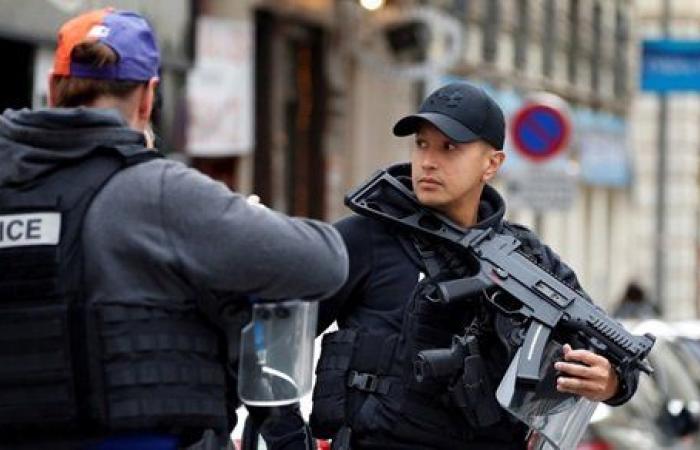 The French News Agency, quoting a security official in Lyon, reported that the French police arrested today, Thursday, an Afghani man, wearing a traditional dress, who was armed with a knife and considered him a threat to security.

The source described the incident as dangerous, pointing out that the man It was “Ready to start an operation.”

The mayor of the Perrache region, located in the second district of Lyon, praised the police and their efforts, which led the country to avoid a new tragedy.

This comes after a young man launched a knife attack near Notre Dame Church at 9 am local time; As a result, 3 people were killed, two women and a man, as well as a number of wounded, amid a state of security alert in the city and other French cities.

In another incident, a man carrying a knife and shouting “God is great” tried to attack the police officers in Avignon, but they managed to kill him with bullets.

The French police announced that the suspect had been arrested and arrested after carrying out a knife attack in Nice, but he was injured and taken to hospital for treatment.

For his part, French Prime Minister Jean Castex pledged a tough response from the Paris government to the attack in Nice on Thursday.

In his speech following the Nice attack, Castex confirmed that the authorities had raised the level of security alert against terrorist threats throughout the country.

Macron went to the city after the end of the “crisis cell” meeting, which was held in Paris, The General Prosecutor for Combating Terrorism in France also ordered the opening of an investigation to uncover the circumstances of the incident.

The French police called, via Twitter, of citizens to stay away from Notre Dame Church in the city of Nice, in the south of the country.

This incident comes after the killing of a French history teacher, Samuel Patty, in the middle of this month, by a young man of Chechen origin, after the professor showed his students in a classroom caricatures of the Prophet Muhammad.

These were the details of the news A French source reveals the nationality of the arrested in Lyon... for this day. We hope that we have succeeded by giving you the full details and information. To follow all our news, you can subscribe to the alerts system or to one of our different systems to provide you with all that is new.