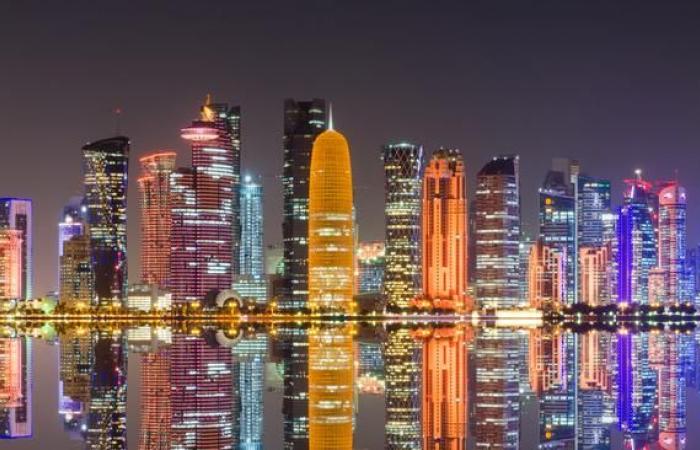 The imposing spiers of the Doha skyline have become a formidable stopover for weary international tourists since becoming one of the wealthiest and fastest growing cities in the world.

Anyone fortunate enough to have visited the capital of Qatar is likely to feel dizzy and proud of human innovation when they craned their necks to see the gulf city’s dazzling skyscrapers.

And although its regional neighbors – Saudi Arabia, the United Arab Emirates, Bahrain and Egypt – have cut their diplomatic and economic ties with the nation, Qatar shows no signs of slowing its ambitions.

If the coronavirus pandemic subsides in time, the desert nation will host hundreds of thousands of football fans from around the world for the 2022 World Cup.

The eyes of the world will be fixed on Qatar.

However, this week Qatar has caught the world’s attention for worrying reasons.

Human rights groups and the world’s media reacted with horror to the disturbing strip search scandal in which 18 women – including Australians – were subjected to “grossly disruptive” physical exams in the country’s capital.

The Qatar government has confirmed that it has attempted to track down the mother of a newborn baby who was left in a trash can at Doha International Airport on October 2 for arrest and prosecution.

An attempt was made to identify the woman responsible for “a shocking and appalling attempt to kill the baby.”

However, Qatar’s extreme reaction to the situation is not unique, according to non-governmental groups around the world that have documented the Gulf nation’s dark record on human rights issues for years.

Amnesty International found that women are generally treated as second class citizens, significant numbers of whom are imprisoned as “love crimes”.

A conviction for “illegal relationships” – that is, sex outside of marriage – can result in a prison sentence of up to seven years.

Women are disproportionately affected by the law, as pregnancy serves as evidence of extramarital sex and women who report rape can instead be prosecuted for consensual sex.

Even women who have been raped are jailed if they don’t believe, and women who become pregnant with an illegitimate child are often jailed.

According to Human Rights Watch, the concept of male guardianship is built into Qatar’s laws and regulations, undermining women’s rights to make autonomous decisions about marriage and travel.

“The law states that women can only marry if a male guardian agrees. Men have unilateral divorce rights, while women have limited reasons to seek divorce in the courts; and a wife is responsible for looking after the household and obeying her husband. ”

The airport incident was intended to trigger measures to protect women.

“Qatar should ban forced gynecological exams and … also decriminalize sex outside of marriage,” the watchdog said in a statement.

The nation has come under fire for a different reason this week after its immigrant domestic workers came forward saying they are at the breaking point due to extreme overwork, lack of calm and abusive and degrading treatment.

A new report from Amnesty International found that despite government reforms to improve their working conditions, their rights were still abused and violated. Some women said they were victims of serious crimes such as sexual assault.

The amnesty report found that three of the 105 women stated three years later that they regularly worked more than 14 hours a day. 89 worked regularly seven days a week; and 87 had their passports confiscated from their employers.

Half of the women worked more than 18 hours a day, and most did not have a single day off. Some also reported that they were not paid properly, while 40 women said they had been insulted, beaten or spat at. One woman said she was treated “like a dog”.

Homosexual rights have also been trampled by the Qatar government, as the nation’s criminal code criminalizes sodomy and punishes same-sex relationships with imprisonment of one to three years.

Qatar also operates Sharia courts where it is technically possible for Muslim men to be killed for same-sex sexual behavior. However, it does not appear that a person was executed for this reason.

Despite all of this, the nation was given the right to host the World Cup – and since then it has endeavored to reassure critics that their promises regarding women’s rights, labor relations and democracy are credible.

“While the aim of the urgently resolved search was to prevent the perpetrators of the horrific crime from escaping, the State of Qatar deplores any distress or violation of a traveler’s personal freedoms caused by this action,” Qatar said in a statement.

Prime Minister Sheikh Khalid bin Khalifa bin Abdulaziz Al-Thani has ordered an investigation and the results will be shared with international partners, he added.

The Qatar Declaration, a rare regret for an authoritarian Gulf state, did not specifically state that women had been forcibly investigated, and merely referred to a “parenting search”.

According to Qatari reports, the newborn was “hidden” in a plastic bag and buried under garbage in a bathroom basket.

“The little girl was rescued from what appeared to be a shocking and appalling attempt to kill her. The child is now safe in Doha under medical care, ”it said.

However, the Australian government wants answers.

Secretary of State Marise Payne said the incident extended beyond a single flight.

She told a Senate committee that women on “10 planes total” had been searched, including 18 women on flight QR908 to Sydney, 13 of whom were Australians.

Scott Morrison, when asked about the incident, said, as a father, he could “only shudder to think that anyone, Australian or otherwise … would be exposed to it”.

“It’s unacceptable … it was appalling,” said the Prime Minister.

“You can be assured that these messages have been conveyed very clearly at the time and in recent times. We expect the result of this investigation to be available very soon. ”

A State Department official who was among the women affected but was not searched was the first to raise the alarm to Australian authorities shortly after the October 2 incident.

“The nature of the most unfortunate event that sparked this action meant that the women who were searched were, by definition, of childbearing age,” DFAT secretary Frances Adamson told the hearing.

“Women who were not of childbearing age were not searched, and that included our employee.

“You were asked to get off an aircraft without giving any information.”

These were the details of the news The sick incident reveals the nation’s dark legacy for this day. We hope that we have succeeded by giving you the full details and information. To follow all our news, you can subscribe to the alerts system or to one of our different systems to provide you with all that is new.