Major meteor explosion in the sky of Russia – one world... 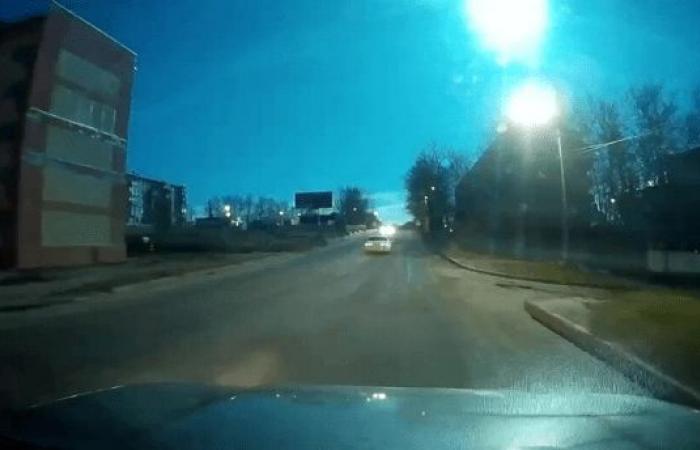 Residents of the city of Okha in the north of the Russian island of Sakhalin in the far east of Russia saw a mysterious space guest that exploded yesterday evening in the sky of the city.

Some were able to film this explosion, including a resident of Okha, who filmed with his car camera a video clip of a large meteor that exploded in the sky and posted it on YouTube. According to Russia Today.

The man said that he walked on the evening of October 28 in Dzerzhinsky Street, where he caught a bright flash that appeared in the city sky and a luminous effect resulting from the explosion, and added that he did not hear a loud sound usually caused by an explosion.

The researcher at the Institute of Space Studies of the Russian Academy of Sciences, Natan Asmoyt, said: “The phenomenon that the car driver photographed in North Sakhalin is the fall of a meteor measuring one or two meters.” He explained that such meteorites do not usually reach the surface of the earth and explode in the atmosphere.

These were the details of the news Major meteor explosion in the sky of Russia – one world... for this day. We hope that we have succeeded by giving you the full details and information. To follow all our news, you can subscribe to the alerts system or to one of our different systems to provide you with all that is new.