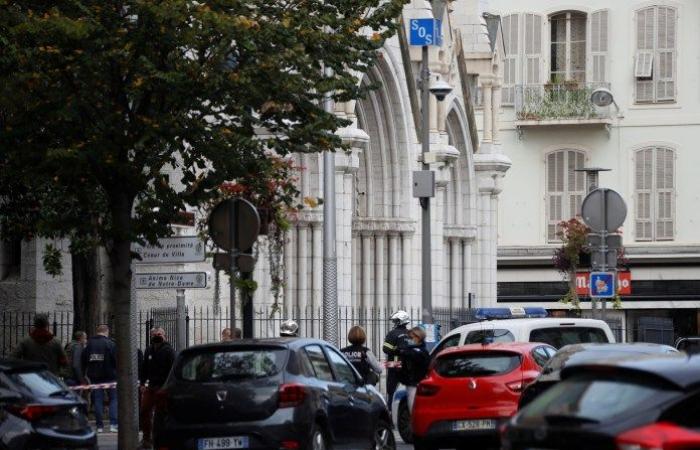 The “Europe 1” website said that the attacker was speaking in French, indicating that the French police did not find in his possession anything, neither an identity card, nor a mobile phone, nor any other documents.

The French website added that the technical police are searching to verify his identity.

3 people were killed during a terrorist attack by the attacker near Notre Dame Church in Nice, and they are: a 70-year-old woman who used to visit the church, and she was beheaded, a 45-year-old man, and a 30-year-old woman. She died of her wounds in a bar near the site of the attack.

The attacker was taken to hospital after being shot, while eyewitnesses reported that he kept repeating “God is Great” all the way.

These were the details of the news French media: Nice striker Ibrahim, aged 25 for this day. We hope that we have succeeded by giving you the full details and information. To follow all our news, you can subscribe to the alerts system or to one of our different systems to provide you with all that is new.

PREV Formal start of final phase of Afghan pullout by US, NATO
NEXT India's lauds Gulf assistance in fighting COVID-19