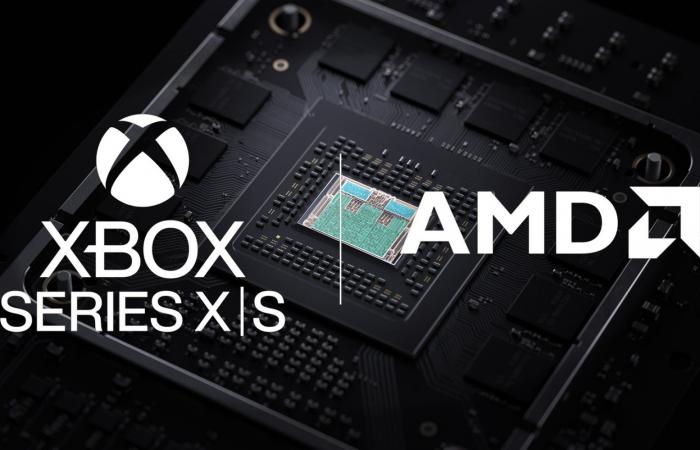 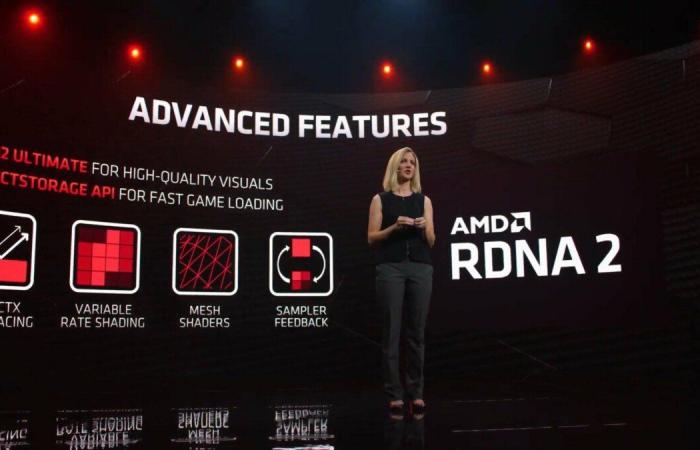 Following the official presentation of RDNA 2 and AMD graphics cards, Microsoft announces that it is the only one to offer “Full RDNA 2” consoles. An important element to compete with Sony’s PS5? 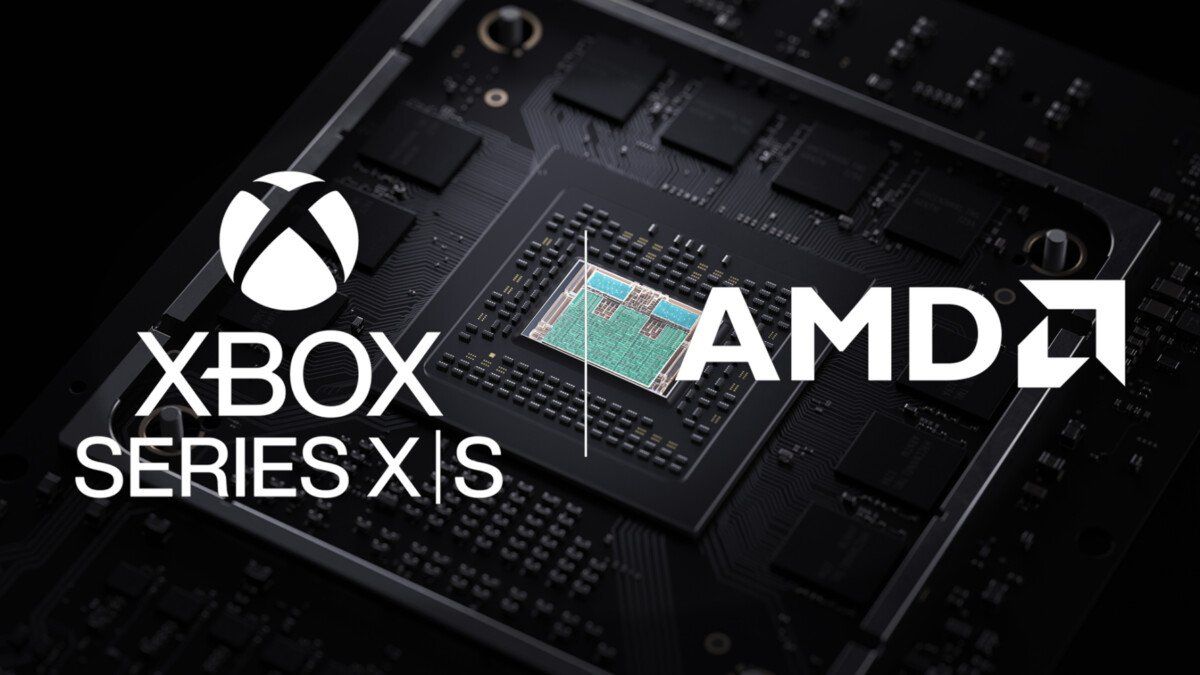 Microsoft knows how to choose its words to revive certain bell towers wars. After the AMD conference presented by Lisa Su, where the new AMD RDNA 2 graphics architecture was fully unveiled, Microsoft issued a press release to explain on its Xbox Wire that the new Xbox consoles are ” the only next-gen consoles to have full hardware support for the AMD RDNA 2 capabilities presented today[par AMD] “. The article then details some of these capabilities managed by Xbox.

Sony would not have been patient enough for RDNA 2

Obviously, with these statements, Microsoft is indirectly claiming that the PlayStation 5 does not have full support for the AMD RDNA 2 architecture, implying that it is technologically behind. We can even read in the article the following thing.

In our quest to put gamers and developers first, we’ve chosen to wait for the most advanced technology from our partners at AMD before finalizing our architecture.

Here, Microsoft implies that its teams waited until the end of the design of RDNA 2 to integrate it into the new Xboxes, which Sony would not have done for its PlayStation 5.

Is the PS5 really technologically behind?

Recall that Sony announces that its PlayStation 5 does indeed use AMD’s RDNA 2 graphics architecture, which is confirmed by the official site of the latter dedicated to RDNA 2 where we can see the logo of the PS5. The nuance provided by Microsoft comes from this question of support ” completely ” of hardware RDNA 2.

If one were to make a succinct summary of the RDNA 2 architecture, one could give three important pillars. First an improvement in the manufacturing process, even if RDNA 2 and RDNA 1 both use TSMC’s 7nm, then an improvement in the architecture allowing according to AMD to increase performance per watt by 50% compared to the previous generation. Finally there is the question of functions ” next-gen“. It is most likely on this point that Microsoft and Sony have differentiated the architecture used on their console.

To understand the point we are discussing, we must first remember that console manufacturers have historically been used to working with technological partners (AMD, Nvidia, IBM, etc.) and then modify their work and adapt it. to their new console. This is how the Nintendo Switch uses a Tegra chip from Nvidia, but slightly revisited.

Our knowledge of the architecture of the PlayStation 5 is still quite limited, Sony having so far refused to reveal as many details as its direct competitor. So we have to guess according to the statements of the two manufacturers. The announcement of support for RDNA 2 and ray tracing hardware by Sony and AMD guarantees that the architecture of the PlayStation 5 benefits from at least part of the novelties of RDNA 2. We can at least count on the optimizations of the architecture, and on this function of ray tracing . 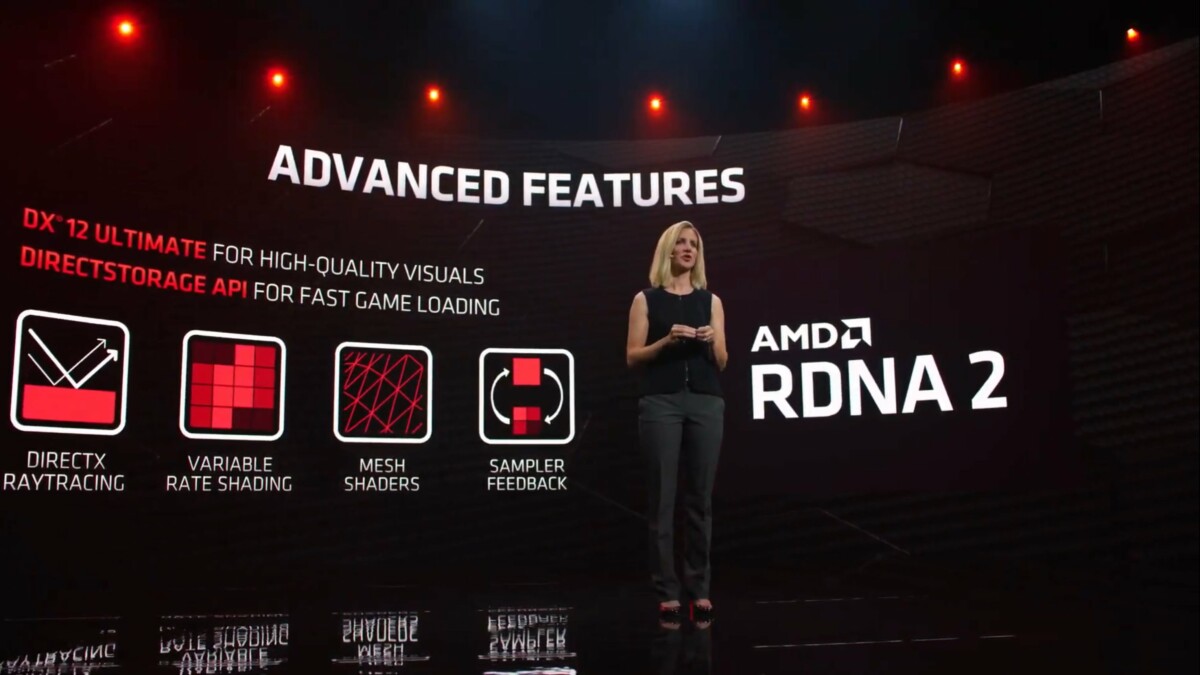 The new functions of RDNA 2

Then there are the other novelties presented by AMD. We are talking here about ” Variable Rate Shading“,” Mesh Shaders “Or”Sampler Feedback“. All of this has long been confirmed by Microsoft for its new Xboxes, and will allow developers in the future to better optimize their games. For example, theVariable Rate Shadingalready allows substantial performance gains. This is a technique to save on the calculation of details, where the player is less likely to see the difference (for example in an area of ​​high contrast, or an area of ​​blur). Microsoft Reports Up To 15% Performance Gain Over Xbox Series S Version | X from Gears 5, without changing the image quality or definition.

When Microsoft claims to have Xbox “full RDNA 2», The firm refers to the full support of all these functions. This means it will be easier for developers to design the PC and Xbox versions of the games. These functions have also been integrated into DirectX 12 Ultimate, Microsoft’s API which is also already fully managed by Nvidia’s GeForces. The graphics functions will therefore be the same for gamesnext-genacross the Microsoft ecosystem.

Is Sony disadvantaged or lagging behind?

To date, Sony has never confirmed the support of these different techniques for its PlayStation 5. This is where the nuance on the modifications of architectures and the absence of precise information on the architecture of the PS5 can. problematic. For example, during the first presentation of the PS5 last March, Mark Cerny announced the function “Geometry Engine»Exclusive to PlayStation. In its description it closely resembles what AMD and Microsoft offer with theMesh Shaders.

It could therefore be that Sony offers similar functions, without giving the same name or with some differences, to those offered by AMD with RDNA 2. Microsoft’s insistence on full support for RDNA 2, and the lack of denial or clear explanations to date from Sony, suggests that there is some truth in Microsoft’s statements. TechnologySampler Feedbackin particular seems to have been worked on by Microsoft and is an integral part of the Xbox Velocity Architecture which uses the SSD of the new consoles.

What you must remember

There is no doubt that Microsoft has worked closely with AMD to bring two new Xboxes as close as possible to what will be offered on PC. The strategy is very simple for Microsoft: to simplify the life of developers by bringing development on PCs under Windows 10 and Xbox as close as possible. This is already the challenge of DirectX 12 Ultimate.

On the Sony side, we are maintaining a little more uncertainty for the moment. The firm seems more committed to offering very specialized equipment, more differentiated from what AMD will offer on PC, probably there too to simplify the life of developers by bringing the design of games on PS5 closer to what was done on PS4. For lack of information, it is difficult to be categorical on the technological delay or not in the graphics chip of the PS5 at the present time. It now seems credible that the new Xboxes benefit from certain functions of RDNA 2 exclusively, such as theSampler Feedback.

It remains to be seen how this all translates into games in the months and years to come.

These were the details of the news the only “Full RDNA 2” consoles according to Microsoft, what about... for this day. We hope that we have succeeded by giving you the full details and information. To follow all our news, you can subscribe to the alerts system or to one of our different systems to provide you with all that is new.