Erdogan says the west wants to “restart the crusades” 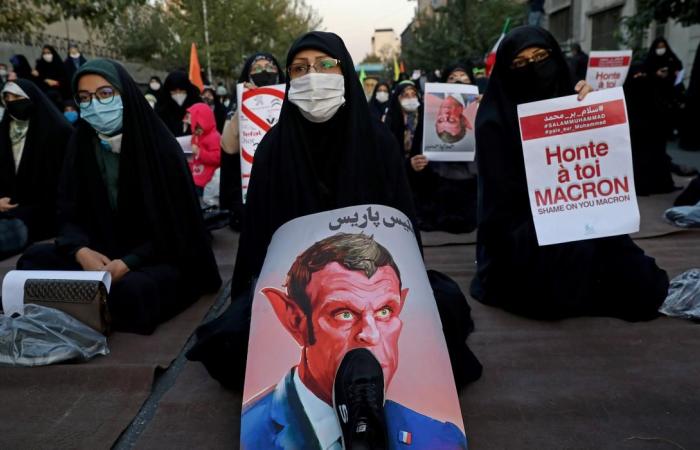 The Turkish leader said yesterday that Western countries making fun of Islam wanted to “restart the Crusades,” exacerbating confrontations with France over cartoons of the Prophet Mohammad that have roused anger in Muslim-majority countries.

In a speech to his AK party’s legislators in parliament, President Tayyip Erdogan also said it was “an honor for us” to stand up against attacks on the Prophet, suggesting that Ankara could campaign for a longer stalemate .

The dispute with France flared up after a French teacher showed students cartoons of the Prophet published in the French satirical weekly newspaper Charlie Hebdo was beheaded in France this month. The caricatures are viewed as blasphemous by Muslims.

In a sign of spreading anger at France’s defense of the right to publish the cartoons, demonstrators condemned France during street protests in several Muslim-majority countries.

“France below, it has offended our prophet,” yelled protesters in the Somali capital Mogadishu.

The Turkish leader yesterday again questioned Mr Macron’s state of mind, describing the colonial powers in remarks to the West as “murderers” for their records in Africa and the Middle East.

“You literally want to restart the Crusades. Since the Crusades, the seeds of evil and hatred have fallen on these (Muslim) countries, and then peace has been disrupted. ”

Turkish officials separately said Ankara would take legal and diplomatic steps to respond to a cartoon of Mr Erdogan in Charlie Hebdowho called officials a “disgusting effort” to “spread their cultural racism and hatred”.

The cartoon on the cover of Charlie Hebdo showed Mr. Erdogan in a white T-shirt and underpants, holding a can of drink in one hand and lifting the skirt of a woman wearing an Islamic hijab to reveal her bare bottom.

“Our fight against these rude, malicious and insulting steps will continue until the end with reason but determination,” said the Turkish communications directorate.

The series has its roots in a knife attack in front of a French school on October 16, in which a man of Chechen origin beheaded Samuel Paty, a teacher who showed students cartoons of the Prophet in a civic class.

The French government, which was supported by many citizens, viewed the beheading as an attack on freedom of expression and said it would defend the right to display the cartoons.

Mr Macron has said he will redouble his efforts to prevent conservative Islamic beliefs from undermining French values.

In Cairo, Egyptian President Abdel-Fattah al-Sisi said that freedom of expression should stop if it offends more than 1.5 billion people.

The grand imam of the Egyptian al-Azhar University, one of the world’s most important places for Sunni-Muslim learning, called on the international community to criminalize “anti-Muslim” actions.

In the Somali capital, Mogadishu, hundreds of protesters gathered at a busy intersection leading to the airport and began chanting anti-French slogans and burning French flags.

These were the details of the news Erdogan says the west wants to “restart the crusades” for this day. We hope that we have succeeded by giving you the full details and information. To follow all our news, you can subscribe to the alerts system or to one of our different systems to provide you with all that is new.