Old age wants to be beautiful in Latin America | ... 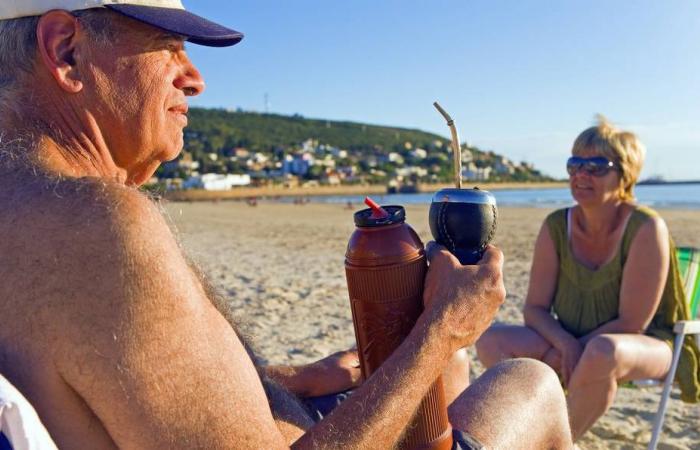 Latin America has been labeled a youthful region for years. Is still. People over 60 represent an average of only 13% of the population. Only Barbados and Uruguay are close to 20%. However, Latin America will not be forever young. It is the region of the world that ages faster. It is estimated that in 2050, 27.5% will be over 60 years old, one in four inhabitants. And in another 40 years, in 2090, it will be the region with the oldest population in the world. 36% of its population will be over 60 years old, according to the perspectives of the world population made by the United Nations.

It doesn’t seem like a long time, but it should be enough for countries in the region to adapt their protection systems and transform their economies to improve the quality of life of their elderly. “It is a challenge and an opportunity. Demographic change is coming very fast. We need to start seeing this problem in the medium and long term, and our challenge is to prepare the region. And we must see this from two perspectives that must be made visible. One , more negative, will mean having to care for more elderly people in poor health conditions, and the other, more positive, is that there will also be more and more elderly people in good health, with the will and the ability to continue contributing to society and enjoying life. With regard to the economy, there is also an opportunity “, says Masato Okumura, co-author of the publication The silver economy in Latin America and the Caribbean: aging as an opportunity for innovation, entrepreneurship and inclusion carried out by the Inter-American Development Bank (IDB).

The starting point is not the best. Today, Latin American cities are not places where people age well. The popular neighborhoods of southern Bogotá know this. There, Luis García, 62, does not receive a pension, only an aid of 125,000 pesos per month from the mayor of the Colombian capital, about 30 euros. He earns an extra euro or two a day selling trash bags and incense sticks on the street. Your health situation is also delicate. He has arthritis and a disability due to the sequelae left by cerebral palsy, in addition to gastritis and depression. He is alone, without family support, and has to pay the rent for the modest room where he lives.

Dona María Gutiérrez lives very close by. At 70, she has a very active community life. Before the pandemic, she went to the neighborhood dance group twice a week and had just started high school after finishing elementary school. Dona María became a widow at a young age, but raised her two daughters. She receives a pension of 800,000 pesos, about 200 euros a month, very little during the more than 30 years she worked. With this money she meets her basic needs because, fortunately, she has her own home and does not have to pay rent.

Don Luis and Dona María are the two sides of the same coin and are part of this elderly Latin American population, as heterogeneous as they are vulnerable, often invisible and with little social protection. Therefore, the question is whether Latin America will be prepared to face the aging of its population and whether it will have sufficient capacity and resources to meet its demands. The challenges are enormous.

The pressure of an aging population must make it essential to implement profound reforms in Latin American public policies in terms of pension, health and care systems for dependents. “Public social spending in general is biased in Latin America for the elderly with contributory pensions, which in some countries are generous but consume a large part of public spending; in others, due to the informality of the economy, there are few people covered by a system contributory and, in other cases, many people receive very insufficient pensions. In general, they are outdated and unfair systems that need to be made more flexible “, says Marco Stampini, also co-author of the publication on the economics of aging and a leading specialist in the area of ​​social protection and health IDB, an institution that in 2015 created the Pension Network in Latin America and the Caribbeanand (Red PLAC) as a space for debate about the present and future of pension systems.

With regard to the health of the elderly in the region, it is also expected to worsen by 2050, which is not only related to the issue of age, but due to trends such as lifestyle and inadequate food that would still allow time to reverse. And is that diabetes or risk factors like hypertension are increasing in some countries in the region in a worrying way. “Health systems must be reformed, prioritizing primary care and personalized care to give more focus to chronic diseases,” says Stampini.

Likewise, the autonomy of millions of people will worsen in 30 years. Today, eight million elderly people are functionally dependent in the region. And 12% of people over 60 years old. In 2050, they estimate that they will exceed 27 million. Stampini is a great connoisseur of this reality and also co-author of another publication on the subject: Aging Carefully: Care for Dependency in Latin America and the Caribbean and highlights the need to start building care systems for long-term care and to raise awareness among political decision makers and civil society. “In terms of care, almost everything has to be done. Only Uruguay and, to a lesser extent, Argentina, Chile and Costa Rica have started to implement long-term care systems. It is urgent to start building them,” says the specialist.

However, the public sector, with exceptions, does not see as a priority to act against the aging of the population. Not even the private sector seems to see profitability yet. The IDB is one of the few institutions that has been warning for some years about the need for the region to start working for older people and try to put this issue on the agenda. Social protection and health with its need for urgent reforms are essential for this entity, which also believes it is necessary to focus on other aspects that have to do with economic opportunities related to the demand for goods and services of the elderly population, as consumers. It is part of the so-called economy of aging aimed especially at older people who, despite their age, will continue to lead an active life. Experts warn of the potential of an industry that starts almost from scratch and should be looked at in the mirror of Europe or Japan, where the silver economy has become an economic engine.

The sector has potential and should be looked at in the mirror of Europe or Japan, where the aging economy has become an economic engine.

Numerous investment and innovation challenges and opportunities have already been identified that have the potential to become solutions for the elderly. They have to do with health services, addiction care, financial products, housing, adaptation of urban infrastructure, transport or consumption; Sectors such as tourism, fashion, food or leisure can be very relevant.

Other inclusion options more related to the active participation of the elderly in the labor market or in the educational offer are also pointed out as challenges and opportunities. “There are many potentials around the aging economy and we want to promote entrepreneurship among young people and even older people who can provide ideas for innovative services and solutions that we can finance. One advantage we have is that there are already good experiences in other parts of the world to learn ”, says Masato Okumura.

Uruguay, the big one

Uruguay will be the IDB’s test bank. With only 3.5 million inhabitants, 19% of whom are over 60, it is one of the few countries in the region that has a political vision to start emphasizing the aging population. Uruguay already has a national system of long-term care and also good levels of social protection, among which is the universality of its pensions.

The IDB wants to develop a business ecosystem project for the elderly market in the Uruguayan country. “It is an economy that I call the invisible economy that nobody pays attention to. There is almost everything to do. We want, first, to create knowledge about the elderly; secondly, to raise awareness and, later, to see how we can mobilize the local and regional entrepreneurial ecosystem. to, based on our role, help them to create quality services and products that satisfy the demand of the elderly, while valuing the knowledge they have and what they can help us “, explains by video call Ana Castillo, specialist senior manager in Uruguay.

The pandemic can also be seen as an opportunity. Uruguay knew how to face and control it well, but nobody knows that the covid-19 exposed the physical and social vulnerability of previous generations. 30 years after Latin America is an older region, Masato Okumura, Marco Stampini and Ana Castillo want to be optimistic. Whether wrinkles are beautiful in this part of the world will depend on many factors. “I would like our elders to have access to the opportunities that interest them, whether they be in employment, entrepreneurship, education, consumption or entertainment and that they are well taken care of”, says Masato. “They must have good social security coverage that reaches all people, quality health services very close and insurance against the risk of dependency. At the same time, I would like this battle against age prejudice to be won and for the elderly to see themselves as part of society and participate. It would be a scenario with very little inequality and inequality is a characteristic of Latin America. I see that it is difficult for these inequalities to disappear for the elderly 30 years from now, but I want to be optimistic ”, adds Stampini.

These were the details of the news Old age wants to be beautiful in Latin America | ... for this day. We hope that we have succeeded by giving you the full details and information. To follow all our news, you can subscribe to the alerts system or to one of our different systems to provide you with all that is new.