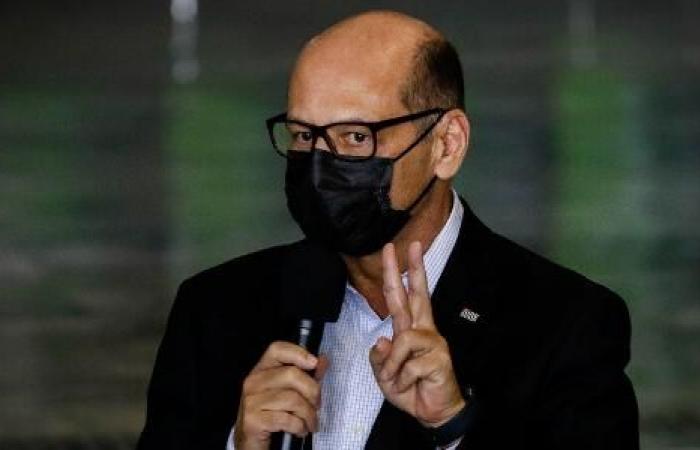 With the delay for the release of the import of inputs, it is “very unlikely” that Anvisa (National Health Surveillance Agency) will register the CoronaVac vaccine in 2020, according to the director of the Butantan Institute, Dimas Covas. At this point, according to Covas, only a change in the protocols could speed up the process.

“The production schedule that Butantan had for this vaccine … With this delay that occurred in the import authorization, we will only be able to start this calendar in mid-November. Therefore, the product validation part will be available at the end of the year. year, in the first half of January, “he explained in an interview with CNN Brasil.

Even if Butantan manages to deliver the complete dossier to Anvisa in December, added Covas, the agency would have up to 60 days – that is, February 2021 – to issue the registration. “I think it is very unlikely that this calendar will allow the registration of this vaccine later this year, unless there is a change in the registration protocols,” he said.

CoronaVac is the vaccine against covid-19 produced by the Butantan Institute in partnership with the Chinese pharmaceutical company Sinovac Life Science. The authorization to import the raw material needed for its production was announced today by Anvisa.

The order had been placed on September 23 by Butantan, which is expected to use the inputs from China to produce 40 million doses at its factory in São Paulo. Until then, the institution believed it was possible that doses would be available until December.

In addition, the import of 6 million doses produced by Sinovac was also released, which should arrive in São Paulo next week.

In a note, Anvisa confirmed that it granted the release of inputs on an “exceptional basis”. The decision was made in the agency’s Deliberative Circuit, which allows the virtual voting of the directors on topics of great relevance. The group met yesterday and today.

Shortly after the release of the authorization, the CEO of Anvisa, Antônio Barra Torres, showed confidence that Butantan will be able to meet the requirements made by the agency, as well as saying he believes in the institution’s competence to deal with material that requires extra security .

“Ready-made vaccines have been authorized and we are now authorizing the arrival of raw materials into Brazil, which, of course, will have all the safety certificate for handling this material assumed by the Butantan Institute, which has conditions for this so that it can have start the adjustments of the production phase “, said Torres in an interview with CNN Brasil.

“Of course, we have to remember that we are dealing with the material, in this case the inactivated virus, but it is a biological material that needs to have a very well done and rigorous control. And certainly it will not have greater difficulties for the Institute [Butantan] do it that way “, he added.

Torres said that the demands made by the agency, “in general, are details that speak of safety, transportation, packaging of this material, its handling, the conditions that must be in order for it to be in perfect condition”.

These were the details of the news CoronaVac registration still in 2020 is ‘very unlikely’, says Butantan for this day. We hope that we have succeeded by giving you the full details and information. To follow all our news, you can subscribe to the alerts system or to one of our different systems to provide you with all that is new.