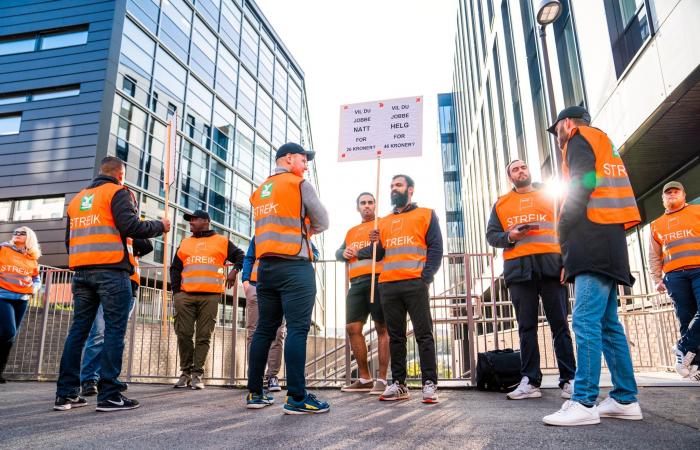 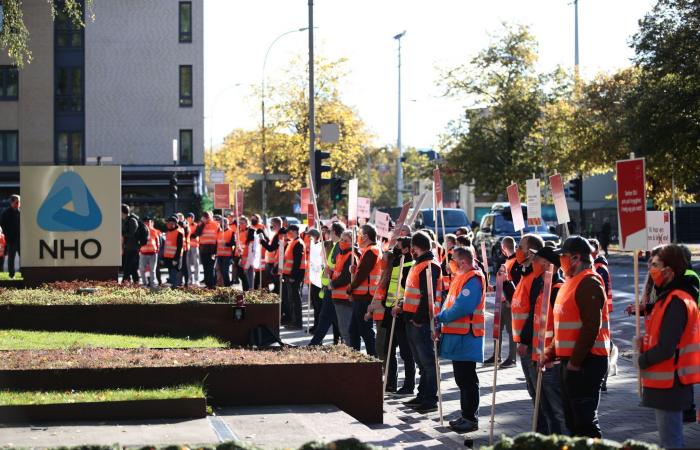 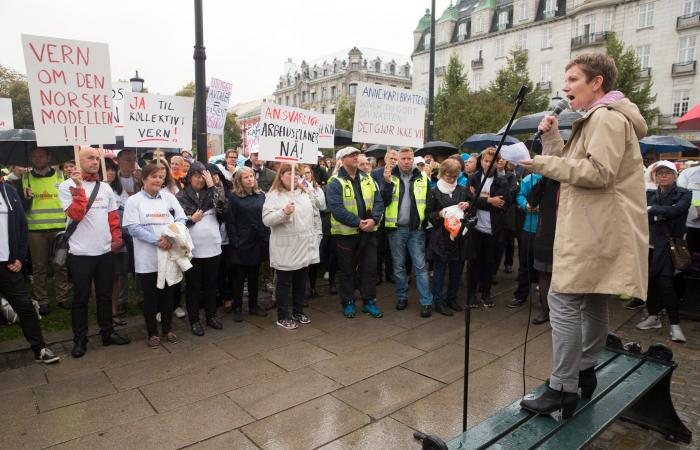 This spring’s wage settlement was postponed due to the corona crisis. Now the guards have been on strike for a historically long time. The doctors have just begun. How long can they last?

Over six weeks of guard strike and no solution. It affects industry, ticket controls, area guards, the emergency room in Trondheim and a test station in the same city. Among other things.

Doctors have just gone on strike during a global pandemic.

Why are the two occupational groups on strike? We have summarized the most important things here.

Who are the parties?

Security guards from the Norwegian Workers’ Union (NAF) and Parat have gone on strike. NHO Service og Handel represents the employer side.

Why are the guards on strike?

The guards demand that the supplements for night and weekend work be increased.

Parat’s chief negotiator in the strike, Lars Petter Larsen, says that the supplements have been in place for over ten years. Today, a security guard receives 26 or 46 kroner extra per hour for inconvenient working hours. The requirement from Parat is that the supplements be increased by two kroner per. hour.

NAF believes that the strike is first and foremost about the guards not lagging behind in wage development, but also supports the demand for better pay for inconvenient working hours.

After a four-week strike, the parties met for forced mediation at the Ombudsman. However, the negotiations did not succeed.

NHO believes they have come up with a good offer for the union. CEO Anne Cecilie Kaltenborn has stated that they have met the guards on their main demands, and that good salary supplements have been offered.

– NHO claims they have come up with a good offer. Parat believes the offer is worse than what we went on strike for. Therefore, we had no choice but to continue the strike, said negotiator Larsen after 11 hours of forced mediation.

Around 1,000 guards have been laid off due to the corona crisis. NHO believes that this must be taken into account in the settlement.

The strike is now being stepped up further. As of next Monday, close to 2,400 guards have been taken out on strike, writes NHO.

– There has been no direct contact between the parties, says Anita Johansen to Aftenposten. She is the union leader in NAF.

Johansen says that the will to strike is still great, but that it is difficult to say anything about where the already historically long conflict will last.

– But based on the will to strike and the strike fund, it can still last a long time, she says.

Parat says no further escalation has been decided on their part, but maintains that the strike will continue.

– We continue to strike relentlessly while we discuss how we can stand out in the streets based on the infection control measures in society, says Larsen.

Who are the parties?

The medical association represents the workers in the conflict. They must reach an agreement with Norway’s largest public employers’ organization, the Local Government Association (KS).

Why do doctors go on strike?

The parties agree that the workload for doctors is too high. But they have not been able to agree on the terms of the so-called special agreement. It regulates working hours and on-call arrangements for doctors and shift doctors in the municipal health service (including GPs).

The medical association demands that doctors now have to consent to more than seven hours of emergency care per. week. This corresponds to 28 hours on standby duty.

Marit Hermansen, president of the Norwegian Medical Association, says that the municipalities’ interest organization KS “for years has rejected all proposals that would reduce the enormous workload” and that “working hours have increased to unmanageable levels”.

KS believes that such an agreement could lead to many residents in Norway being left without an emergency room. Such an agreement they believe they have neither the opportunity nor the mandate to enter into.

The medical association believes they have gone to great lengths to find a solution. KS, for its part, says that they have proposed a number of solutions to reduce the workload, but that all proposals were rejected.

On Monday, 23 doctors went on strike. Already on Tuesday, the Norwegian Medical Association announced an escalation: From 2 November, a total of 35 doctors in 12 municipalities will be on strike.

The medical association says they are doing what they can to protect patients, and that the strike will not endanger life and health.

KS regrets that the Norwegian Medical Association has gone into conflict, and says that it is now the association that is responsible for ensuring that life and health are not endangered.

Should that happen, the road to a compulsory wage board will probably be short. Then the authorities intervene and decide that the conflict should be resolved. This is done by the National Wages Board, which makes a ruling that the parties must comply with.

These were the details of the news Guards and doctors are on strike. This is what labor... for this day. We hope that we have succeeded by giving you the full details and information. To follow all our news, you can subscribe to the alerts system or to one of our different systems to provide you with all that is new.