Small brain device proves to be a big game changer in... 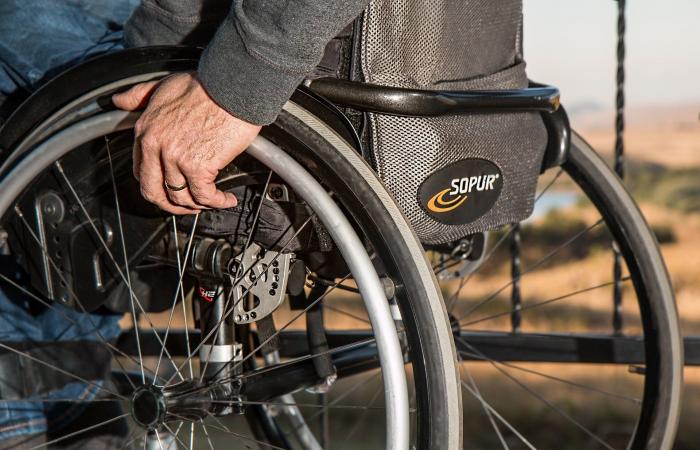 A tiny device, the size of a small paper clip, has been shown to help patients with upper extremity paralysis do text, email, and even online shopping in the first human study.

The Stentrode device was successfully implanted in two patients, both with severe paralysis due to amyotrophic lateral sclerosis (ALS) – also known as motor neuron disease (MND) – and both of whom were unable to move their upper limbs.

Published in the Journal of NeuroInterventional SurgeryThe results showed that the stentrode was able to wirelessly restore the transmission of brain impulses from the body. This enabled patients to successfully complete daily tasks such as online banking, shopping, and texting that were not previously available to them.

Royal Melbourne Hospital professor Peter Mitchell, director of the neurointervention service and lead researcher on the study, said the results were encouraging and showed the device could be safely implanted and used on patients.

“This is the first time this type of operation has been performed. So we couldn’t guarantee that there would be no problems, but in both cases the operation went better than we had hoped, ”said Professor Mitchell.

Professor Mitchell implanted the device into study participants through their blood vessels next to the motor cortex of the brain in a procedure that involved making a small keyhole cut in the neck.

“The procedure is not easy, with each operation there were differences depending on the patient’s anatomy. In both cases, however, the patients were only able to leave the hospital a few days later, which also shows the rapid recovery from the operation, ”said Professor Mitchell.

Neurointerventionalist and CEO of Synchron – the commercial research partner – Associate Professor Thomas Oxley, said this was a breakthrough in the field of brain-computer interfaces.

“We are pleased to announce that we have delivered fully implantable wireless technology to take with you that does not require open brain surgery to restore freedom for people with severe disabilities,” said Associate Professor Oxley, who also Is said co-head of the Vascular Bionics Laboratory at the University of Melbourne.

The two patients used the stentrode to control the computerized operating system in combination with an eye tracker for cursor navigation. This meant they didn’t need a mouse or keyboard.

They also performed machine learning to control multiple mouse click actions, including zoom and left click. The first two patients achieved an average click accuracy of 92 percent and 93 percent and a typing speed of 14 and 20 characters per minute with deactivated text.

Nicholas Opie, associate professor at Melbourne University, co-director of the university’s Vascular Bionics Laboratory and founding chief technology officer of Synchron, said the developments are exciting and the patients involved have restored a measure of freedom in their lives.

“It is truly amazing to see how participants use the system to independently communicate and control a computer with their minds at home,” said Associate Professor Opie.

“We are grateful to work with such fantastic participants, and my colleagues and I are honored to make a difference in their lives. I hope others are inspired by their success.

“For the past eight years, we’ve drawn upon some of the world’s leading medical and engineering minds to develop an implant that enables paralyzed people to mentally control external devices. We are happy to announce that we have achieved this. ”

The researchers warn that the global multidisciplinary team is working tirelessly to make the technology capable of restoring independence for everyday tasks publicly available.

The study recently received an AU $ 1.48 million grant from the Australian Commonwealth Government to expand the study to hospitals in New South Wales and Queensland with the hope of enrolling more patients.

Provided by the University of Melbourne

These were the details of the news Small brain device proves to be a big game changer in... for this day. We hope that we have succeeded by giving you the full details and information. To follow all our news, you can subscribe to the alerts system or to one of our different systems to provide you with all that is new.