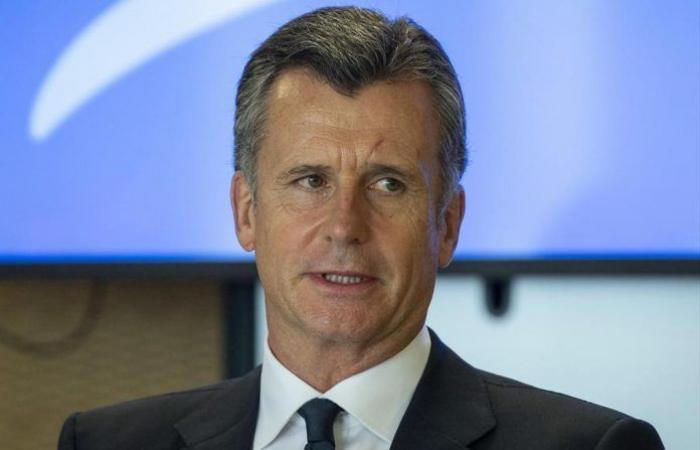 The former head of the Swiss National Bank and current vice-president of BlackRock is proposed to succeed Angel Gurria at the Organization for Economic Cooperation and Development.

The Federal Council proposes Philipp Hildebrand on Wednesday to succeed Angel Gurria as secretary general of the Organization for Economic Cooperation and Development (OECD). The current secretary general will step down at the end of May 2021.

Philipp Hildebrand has been Vice-President of BlackRock, an American investment management company, since 2012. He had previously been the head of the Swiss National Bank (SNB) which he left in January 2012 after revelations about the purchase of dollars by his wife.

“We are deeply convinced that the size, reputation and network of Mr. Hildebrand and his experience make him the ideal candidate for this prestigious position,” Minister of the Economy Guy Parmelin explained to the media. Philipp Hildebrand has a chance of getting the job, he says.

As Chairman of the SNB Executive Board for two years, he held many positions in international financial organizations. His candidacy was supported by the entire Federal Council and his past does not present a handicap, continued the Federal Councilor. Everything necessary for a respected and credible candidacy has been analyzed.

This candidacy offers a formidable opportunity allowing Switzerland to reach the highest position within a renowned international organization. The upcoming campaign is a big challenge, underlined Philipp Hildebrand. But it is worthwhile for Switzerland to do everything to get this post in order to give new impetus to the OECD.

For the duration of the appointment process, Philipp Hildebrand withdraws from all activities that represent a risk of conflict of interest. The nomination process will be finalized at the end of February 2021.

Eight candidates are already in the running, including White House adviser Chris Liddell, an ally of President Donald Trump.

*The article has been translated based on the content of Source link by https://www.24heures.ch/candidature-de-philipp-hildebrand-au-secretariat-general-820012818024
. If there is any problem regarding the content, copyright, please leave a report below the article. We will try to process as quickly as possible to protect the rights of the author. Thank you very much!

These were the details of the news OECD – Philipp Hildebrand’s candidacy for the General Secretariat for this day. We hope that we have succeeded by giving you the full details and information. To follow all our news, you can subscribe to the alerts system or to one of our different systems to provide you with all that is new.