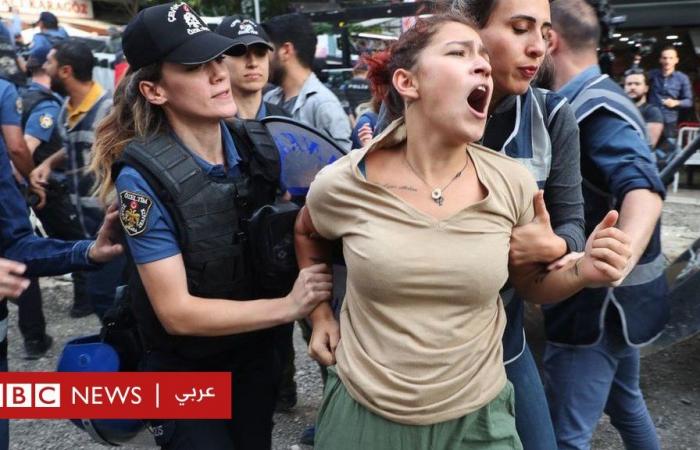 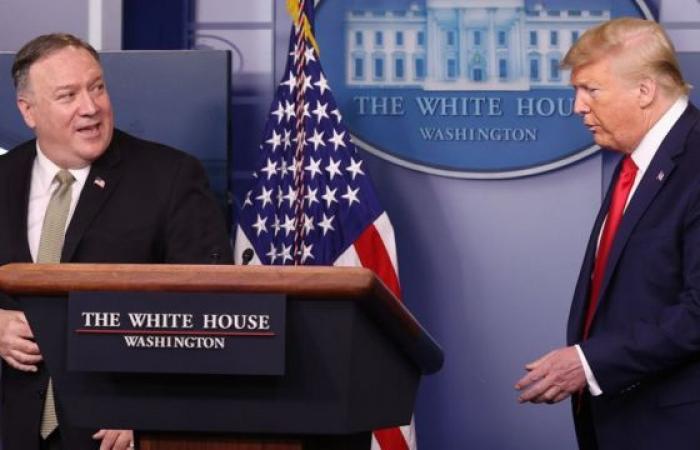 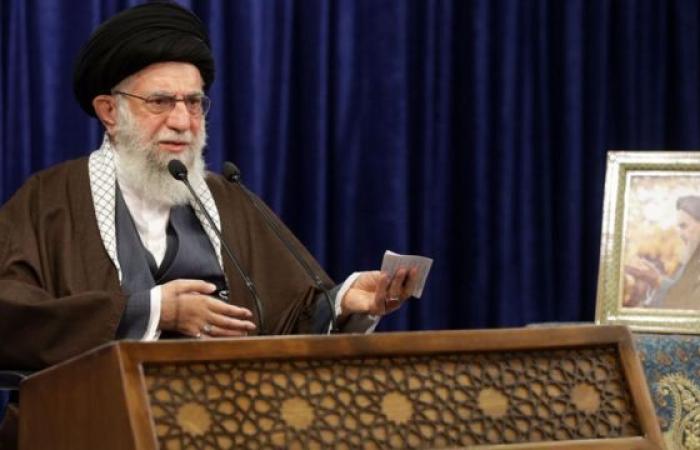 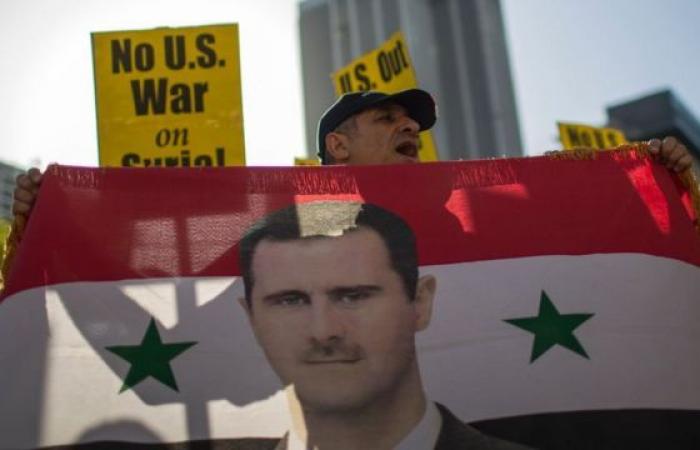 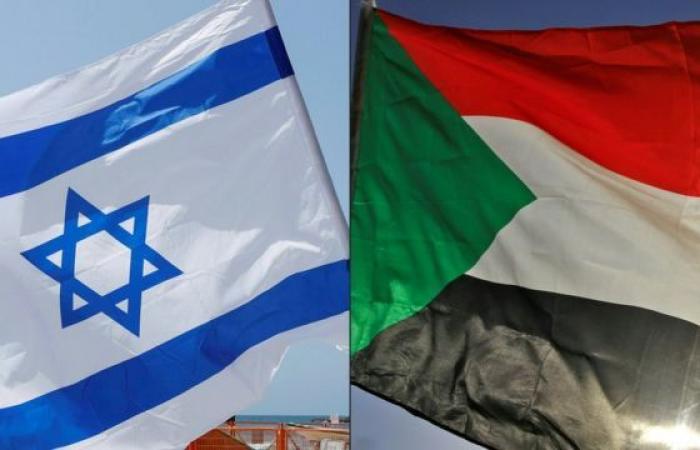 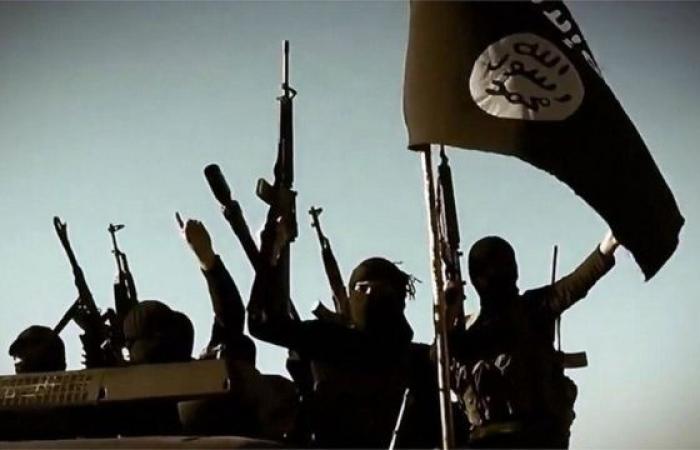 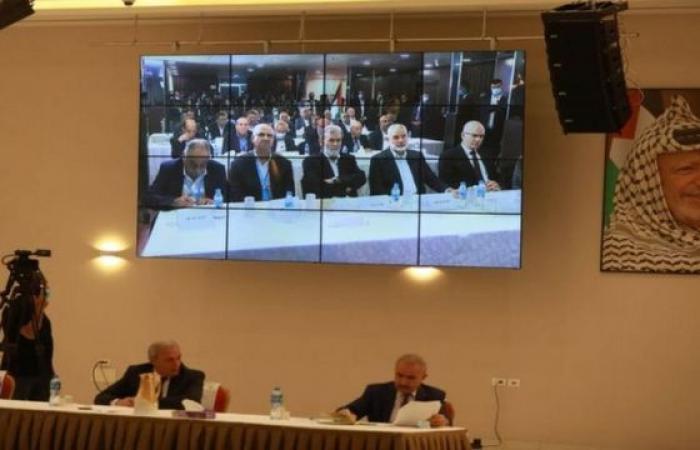 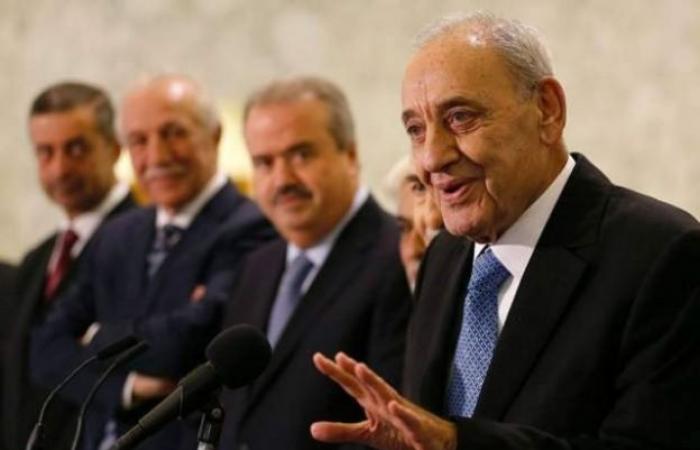 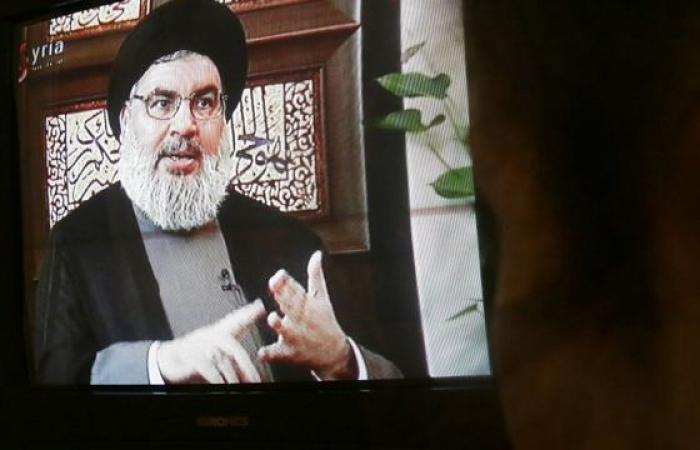 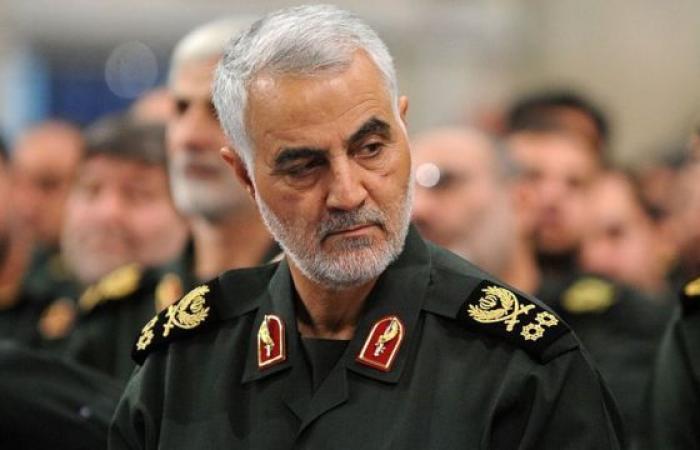 The administration of US President Donald Trump announced the removal of Sudan from the list of “states sponsoring terrorism” after Sudan paid $ 335 million in compensation for al-Qaeda attacks on the Washington embassies in Tanzania and Kenya in 1998.

How is the rating?

The Secretary of State and the Secretary of the Treasury, in cooperation with the Secretary of Justice, shall present evidence and statements to Congress, which in turn approves or opposes the classification of the organization or group on the list of terrorism in accordance with Article (219) of the US Immigration and Nationality Act.

In order for any party to be classified as a terrorist organization, it must be foreign and engage in terrorist activities, whose activities constitute a threat to US national security or the security of US citizens.

What happens after the rating decision is issued?

The US Department of State and the Treasury shall prepare a record on the individual or organization concerned and freeze the assets and assets of the entity or individual in the United States or in the institutions subject to US influence and control and notify the US financial institutions of the ban decision and request the seizure of the individual or entity’s assets.

The classification remains in effect until it is officially revoked by the US government or the decision expires or is revoked according to US law.

Syria and Iran are considered “state sponsors of terrorism”, according to the US State Department, due to the two countries ’permanent support for actions that Washington considers terrorism under the Export Management Act, the Arms Control Act, and“ Foreign Aid or Support. ”

In April 2019, US President Donald Trump announced a classification Iran’s Revolutionary Guards Including the Quds Force, officially designated as terrorist organizations under Article 219 of the US Immigration and Nationality Act.

The US State Department said that Iran is not only a state sponsor of terrorismIndeed, the Iranian Revolutionary Guards actively participates in, finances and supports terrorist operations, and is an essential tool for the Iranian government in directing and implementing its “terrorist campaign” at the global level.

Consequently, any party that deals with the Iranian Revolutionary Guards will thus contribute to providing support and financing for terrorism.

According to the US State Department’s 2019 report, Iran has planned and executed terrorist attacks on a global scale. It has spent nearly $ 700 million annually to support groups designated by the United States as terrorist groups such as Hezbollah in Lebanon and Hamas in the Palestinian territories through the Iranian Revolutionary Guard and the Iranian Intelligence and Security Service.

The report also mentioned that Iran facilitates the work of Al-Qaeda and sends fighters and funds to conflict areas in Afghanistan and Syria, and allows Al-Qaeda members to live in Iran and stirs up violence, whether directly or indirectly, in Bahrain, Iraq, Lebanon, Syria and Yemen.

Syria was designated a state sponsor of terrorism by the United States in 1979.

The US State Department says that Syria has continued its political and military support for various terrorist groups, such as Hezbollah and others. Syria’s relationship with Iran has also greatly strengthened in recent years, as the Syrian government has become more dependent on external actors to fight Syrian opposition groups. The Iranian Islamic Revolutionary Guard Corps is still present and active in the country in coordination with the Syrian government.

The State Department report mentions the Bashar al-Assad government’s lenient stance towards al-Qaeda in Iraq over the past two decades during the conflict in Iraq, the organization that emerged from the mercy of the Islamic State and other terrorist entities inside Syria.

The United States also documented that the Syrian government facilitated the passage of foreign fighters to Iraq through its territory in order to fight the American forces before 2012.

Some were optimistic about Trump’s announcement that Sudan would be removed from the list of countries sponsoring terrorism and considered it a “diplomatic success” to be credited to Prime Minister Abdullah Hamdok and his transitional government, which paves the way for Sudan to return to the international community and improve its economic situation.

But others believe that the price of this is normalization with Israel, and that the matter has nothing to do with terrorism. The Sudanese government should not be held responsible for the sins of the rule of ousted President Omar Hassan al-Bashir.

What other organizations in the Middle East has the United States included in the terrorism list What are its causes?؟

The acts of terror, violence and military operations carried out by ISIS have killed and displaced tens of thousands of residents in Syria and Iraq. The group also expelled Christian and Yazidi women in Syria and Iraq, many of whom are still missing today.

The name “Kayla Mueller” was given to the killing of “Islamic State” leader Abu Bakr al-Baghdadi, which was carried out by US forces in northern Syria last year. Kayla Muller is a young American woman who was kidnapped by ISIS, and her body has not yet been found.

The US State Department accused Hamas of launching attacks that killed 17 Americans since the movement’s founding.

The movement was founded in 1987 in Egypt by Sheikh Ahmed Yassin, who was influenced by the ideology of the Egyptian Muslim Brotherhood. Khaled Mashaal and Ismail Haniyeh, who was elected to succeed Khaled Mashaal in 2017, succeeded in its leadership, and the United States included Meshaal on the list of terrorism as well.

The movement has adopted the strategy of armed struggle against the Israeli occupation, and it has a military wing known as the Izz al-Din al-Qassam Brigades.

Washington also included the “Army of Islam”, the “Al-Aqsa Martyrs Brigades”, the “Palestine Liberation Front” and the “Popular Front for the Liberation of Palestine” in the list of terrorist organizations.

Hezbollah is described as a political, military, and social entity that enjoys a popular base and great influence in Lebanon.

The party, which has the support of Iran, was founded in the early 1980s and came to the fore during Israel’s occupation of southern Lebanon in 1982.

Hezbollah has been repeatedly accused of being responsible for bombings and attacks against Israeli targets. The United States, some Western countries and Gulf states classify it as a terrorist organization.

The name of the party’s leader, Hassan Nasrallah W. A number of officials The prominent in the party on the US terrorism list.

This organization was previously known as “Ansar Beit Al-Maqdis” before it pledged allegiance to the Islamic State in November 2014.

As for “Ansar Beit Al-Maqdis”, it came into being after the January 2011 revolution, when Palestinian militants joined the Egyptian “Al-Tawhid and Jihad” group, which was active in Sinai, and together they formed this group.

The Al-Nusra Front appeared in Syria in January 2012 and formed in its beginnings an extension of the Islamic State in Iraq, but it announced its separation from the organization under the leadership of its Syrian leader Abu Muhammad al-Julani in July 2014. It changed its name to Hay’at Tahrir al-Sham after the Syrian factions joined it. Another opposition in Idlib governorate in northern Syria.

The United States classified it as a terrorist organization, and every faction associated with it.

Asaib Ahl al-Haq emerged for the first time as a resistance movement fighting American and British forces after the invasion of Iraq in 2003.

Among the major military operations that it carried out was the kidnapping of five Britons in 2007, of whom only one survived, who was released after two years of detention.

7- Ansar al-Islam in the Kurdistan region of Iraq

The group was founded in December 2001 and is listed on the US list of terrorist organizations.

The group opposes the presence of US forces in Iraq, in addition to its opposition to the two main Kurdish parties in the Kurdistan region, namely the Kurdistan Democratic Party and the Patriotic Union of Kurdistan.

8- The Quds Force of the Iranian Revolutionary Guard

The Quds Force has been active in both Syria and Iraq under the direction of the high commanders in Iran, against the opposition factions in Syria.

9- Scattered groups in the Maghreb

There are a number of organizations that the United States designated terrorist organizations in 2014 in the countries of the Maghreb, most notably:

When he grew up Kurdistan workers’ party He was left-leaning, but he retreated from many of his ideas at different stages. He has been waging an armed struggle against the Turkish government since 1984 as part of his efforts to obtain an independent state for the Kurds in Turkey. Party leader, Abdullah Ocalan In 1999, his demands were limited to autonomy in the Kurdish-majority areas in southeastern Turkey. The party announced a ceasefire by the party several times, but the conflict was soon renewed when the Turkish army launched military attacks on its strongholds inside Turkey and in northern Iraq.

More than 40,000 people have died since the outbreak of the conflict between the two parties, which reached its climax in the mid-1990s. The United States classified it along with a number of European countries in 1997 under the category of “terrorist organizations”.

These were the details of the news What are the terrorist organizations in the Middle East according to... for this day. We hope that we have succeeded by giving you the full details and information. To follow all our news, you can subscribe to the alerts system or to one of our different systems to provide you with all that is new.