Diversion maneuvers by a new regional power: That is actually behind... 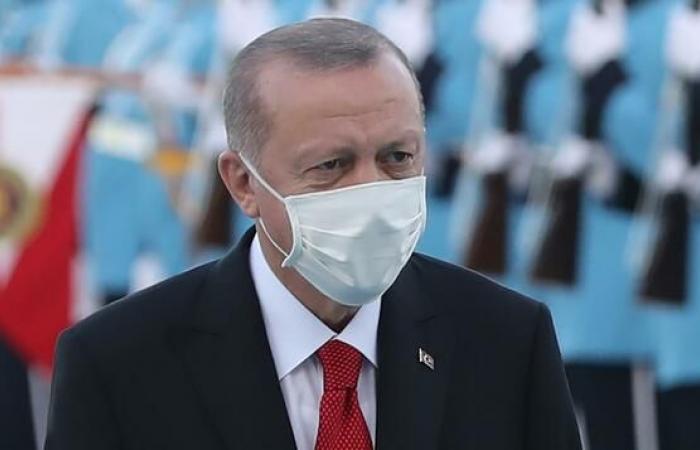 Actually, demonstrations in Turkey are currently not approved because of the corona epidemic. But when it comes to rallies in the interests of President Recep Tayyip Erdogan’s government, that’s different: groups of Syrian refugees have now gathered in Istanbul and other cities to protest against France.

Shortly before, Erdogan had accused the West and especially the government in Paris of a “major attack” on Islam, warmed up his Nazi accusations against the Europeans and called for a boycott of French goods. Erdogan’s anti-Western campaign is intended to divert attention from the poor economic situation in Turkey and blame alleged enemies abroad for the country’s problems.

What is Erdogan accusing Europe of?

Turkey has been pursuing an aggressive foreign policy for some time, which has led to a dispute with Europe over the border in the eastern Mediterranean. The country is at odds with the USA because of the acquisition of a modern Russian air defense system.

With Russia, in turn, tensions are growing over Turkey’s involvement on the side of Azerbaijan in the war against Armenia over Nagorno-Karabakh. Erdogan presents the differences to his own public as attempts by alleged enemies abroad to prevent Turkey from becoming a regional power.

Ankara is now using the same pattern in the allegations against Europe. The main target is French President Emmanuel Macron, who is in favor of European sanctions against Ankara because of the Turkish actions in the Mediterranean Sea and has declared war on political Islamism in France.

Erdogan describes Macron as insane, but also railed against Germany. For example, he took the police search of a Turkish mosque in Berlin last week as an opportunity to accuse the German authorities of racism and Islamophobia.

For days, Erdogan has been painting the image of a West that is targeting Islam with ever sharper tones. Hostility towards Muslims is supported by heads of state in some European countries, he claimed on Monday, alluding to Macron. “They are links in a Nazi chain.”

Islamophobia in the West has turned into a “major attack on our Koran, our prophet and all of our religious values”. This is not the first time he has chosen these terms. Three years ago he accused Chancellor Angela Merkel of Nazi methods.

Why is the Turkish President attacking so violently right now?

The government needs an issue that will captivate the public because the downward trend in the domestic economy is currently accelerating dramatically. The exchange rate of the Turkish lira has fallen to record lows against the dollar and the euro. The currency has lost more than 25 percent of its value against the dollar since the beginning of the year.

Erdogan and his ministers respond with a mixture of perseverance and arrogance towards the concerns of the citizens. When the president recently heard from ordinary people on a visit to the province that they could no longer bring bread home, he replied that it seemed “very exaggerated” to him.

By fighting with the West, Erdogan can distract attention from these issues and set the political agenda. He does not have to fear contradiction – the government controls the judiciary and a large part of the media.

Where is Erdogan taking Turkey?

Erdogan’s tirades against the West are not just about a diversionary maneuver. His government claims a say in regional issues from the Caucasus to North Africa and sees itself as the protector and advocate of Muslims worldwide. Behind this is a changed self-image of the country: Turkey no longer sees itself as part of the West, but as an independent regional power.

He does not attack all major powers as sharply as Europe. The Turkish government did not comment on the previous day’s Russian air strike in the Syrian province of Idlib, in which almost 80 members of a militia loyal to Ankara were killed. The otherwise argumentative Erdogan does not say a word about China’s dealings with the Muslim Uighur minority.

Apparently the 66-year-old fears that Moscow and Beijing could react to criticism more severely than the EU. Erdogan’s government sees Europe as a “paper tiger”, says Marc Pierini, former EU ambassador in Ankara.

What does he want to achieve?

In the short term, Erdogan wants to turn Turkey into a regional actor whose interests must be taken into account by the great powers. In relation to Europe, Erdogan used the refugees as a political lever in the spring when he opened the border with Greece.

Now he wants to mobilize the Turkish minorities in Europe for his own purposes. If he succeeds, it could become uncomfortable for German politicians or Macron in the new elections next year. As the president of six million Turks in Europe, he warned the politicians there against turning the Muslims against them, Erdogan said on Monday.

In the long term, the president wants to pull his country out of the shadow of state founder Mustafa Kemal Ataturk. “Erdogan is setting out to write a new narrative for Turkey,” comments journalist Mehmet Tezkan from the news platform T24.

Erdogan’s vision of a “new Turkey” is that of a Muslim-conservative, militarily strong and nationally united presidential republic – very different from Ataturk’s Turkey, in which the western orientation was a reason of state and which mostly held back on foreign policy.

Why is Germany relatively calm?

The German government has so far prevented European sanctions against Turkey because it argues that a dialogue with Ankara could achieve more than economic pressure or political exclusion.

Erdogan’s provocations against Greece in the eastern Mediterranean and the insults against Macron, however, put the Berlin position in trouble.

The German government will have to think about something new until December 10th – on that day the EU summit will decide on sanctions against Ankara. Turkish Erdogan opponents in exile accuse Germany of a policy of appeasement that does not do justice to the reality of the regime in Ankara.

“Erdogan lives from conflicts,” says political scientist Cengiz Aktar, who fled into exile. Aktar and others are convinced that Erdogan’s government will need one foreign policy crisis after another to stay in power. The new campaign against Europe may not have been the last production from Ankara.

How strong is Erdogan’s influence in Germany, and does his politics contribute to Muslims becoming radicalized?

Erdogan’s agitation is also dangerous for Germany, it is warned in security circles. With the agitation against the West “he is contributing to the emotionalization of young Turks and young Muslims in general,” says a high-ranking expert. The inhibition threshold for attacks “is turned down by Erdogan’s sayings”. The expert therefore reminded of what young radicalized Muslims are capable of.

In July 2006, two Lebanese students dropped bombs on two regional trains at Cologne Central Station. The passengers narrowly escaped a catastrophe because the explosive devices hidden in their suitcases did not explode due to a technical defect.

The motive was the anger over the reprint of Mohammed cartoons in the German press. Such fanatics could also feel confirmed by Erdogan’s agitation, it is said. “Erdogan runs across the gas station with the lighter.”

Even if the Turkish head of state is heard most by people with Turkish roots, security circles see the danger of emotional approval, especially among young, heated Muslims in general. “Erdogan presents himself as the strong man who, unlike the allegedly softened Islamic communities in Germany, speaks plain language.”

Erdogan’s arm reaches far into the Turkish community. In a response from the federal government to the request of the left-wing politician Sevim Dagdelen, it says: “The Turkish state continues to endeavor to exert influence on communities of Turkish origin in Germany and to influence the political will-making and decision-making process in German society as a whole. “

This happens, for example, through the “Turkish-Islamic Union of the Institution for Religion” (Ditib), the nationwide largest Islamic association. It is the German branch of the Turkish Office for Religious Affairs (Diyanet).

Ditib imams are sent and paid by Ankara. The association operates almost 900 of the approximately 2,800 mosques in Germany. Especially after the attempted coup in Turkey in the summer of 2016, Erdogan is said to have used Ditib as a mouthpiece for his politics – to position them for his fight against Fetullah Gülen and his movement.

In 2017, for example, it became known that Ditib imams passed information on Gülen supporters to Ankara.

These were the details of the news Diversion maneuvers by a new regional power: That is actually behind... for this day. We hope that we have succeeded by giving you the full details and information. To follow all our news, you can subscribe to the alerts system or to one of our different systems to provide you with all that is new.