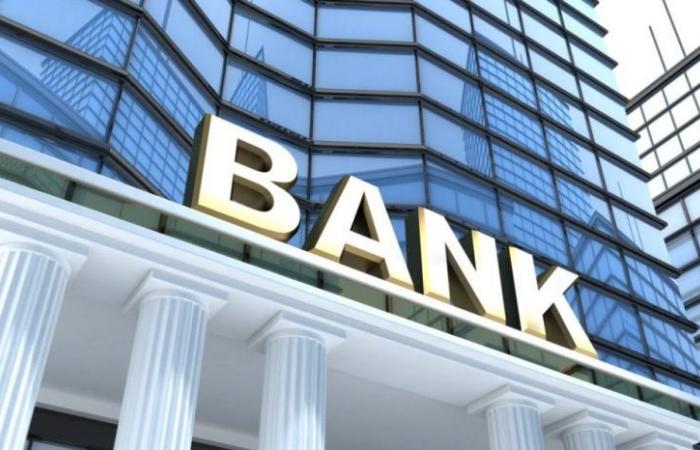 Blom Bank is trying to finalize the sale of Blom Egypt next month. Concerned sources refused to provide detailed information about the deal, but indicated that the offers that the bank received in order to sell “Bloom Misr” are still in the “Due Diligence” stage. On sale next November.
Followers refer to two offers to buy “Blum Misr”; The first is from the Arab Banking Corporation – Egypt, which is 99.8% owned by the Arab Banking Corporation in Bahrain, and the latter is owned by the Central Bank of Libya at 59.37%, by the Kuwait Investment Authority at 29.69%, and by other shareholders, each of whom holds less than 5%. As for the second offer, it is from Emirates NBD, which is owned by the government of Dubai at 55.76%, and from “Capital Est LLC” with a rate of 5.33%, noting that the number of shareholders in it is 2050, and the foreigners’ share of shares is 11.12%.
The competition between the two parties to win this deal still exists, but those familiar with the Egyptian market believe that the best offer that the deal may be awarded to is presented by the Arab Banking Corporation, bearing in mind that such weights may not be accurate.
In any case, the value of the deal is not yet clear, especially since it is under excessive pressure on “Blom Bank” in Lebanon in order to enhance its liquidity and capital in foreign currencies. It is estimated that the transaction value will not be less than $ 250 million (1.9 times the book value of the capital), but it will not exceed this ceiling much. In June 2020, Blom Misr’s declared assets amounted to about $ 2.84 billion (calculated on the basis of every dollar equals 15.71 Egyptian pounds), and its deposits amounted to about $ 2.47 billion. It has loans to customers worth $ 814 million, and its capital is $ 127 million. While his profits amounted to 32.8 million dollars. This means, for “BLOM BANK” in Lebanon, that it will achieve great profits during the investment period extending from the beginning of 2006 until today. At that time, he invested about 97.8 million dollars in order to purchase this bank, which was called “Misr Romania Bank”, which was owned by the Egyptian government and by “Romania Comerciala Bank”.
Profits resulting from the difference between the investment value and the transaction value will be entered as profits in the capital of BLOM BANK, and these funds will be used as liquidity to enhance the bank’s external assets. However, this liquidity will not be sufficient to cover the requirements of Circular 154 issued by the Banque du Liban, which requires banks to form an external free reserve of 3% of the total dollar deposits, noting that sources in “Blom Bank” indicate that its external liquidity “is not negative as It is the case in many banks ». Likewise, calculating the amount in the capital will not be sufficient to implement the BDL circular which stipulates increasing the capital within a deadline that expires in February.
The same applies to the results of the sale of external units in Bank Audi. In the case of the Egypt branch, negotiations with First Abu Dhabi Bank witnessed great progress, but they stopped due to the crises resulting from the spread of the Corona epidemic, noting that observers believe that the suspension of negotiations is due to the lack of agreement on the indicative price of the deal, and that the negotiations were not resumed until after it was reduced. In a large percent. However, Bank Audi continues negotiations to sell its units in Jordan and Iraq, and it is expected to be completed soon.
Bank Audi entered the Egyptian market at the same time as Blom Bank entered it. In 2006, it acquired “Cairo Far East Bank”, which was owned by 5 Korean banks (49%) and two Egyptian governmental institutions: Al Sharq Insurance (20%) and Banque du Caire (19%) at a price of $ 94.4 million. Then he expanded his business there until, in 2018, he acquired the unit of the “National Bank of Greece” in Egypt, with a value of 110 million euros, and its capital there reached 445 million dollars.
The problem with the Lebanese banks that sell their foreign units is that they will lose significant income. “Blom Bank” stated in its published semi-annual budget that the profits from “Bloom Egypt” represent 59.3% of the combined profits from all local and foreign units, noting that its total profits declined from 238 million dollars to 38.8 million dollars in the first half of the current year. . As for the profit contribution of “Bank Audi Egypt” to the Lebanese group, it amounts to 15.9%, according to a recent statement by the CEO of the operating unit in Egypt, Mohamed Badair. In general, external revenues are important in light of the shallowness of domestic revenues, which are mostly made up of interest from investments in treasury bonds in Lebanese pounds and certificates of deposit with the Banque du Liban, and the latter are paid equally between the local non-convertible lira and dollar. Consequently, local incomes may not be very important in light of the collapse of the exchange rate of the lira against the dollar, in comparison to the huge commitments of banks towards customers in dollars and the pressures they are exposed to in order to transfer abroad (students, commercial operations, etc.). As for if banks follow the path of implementing the government’s recovery plan, all their capital will melt, and thus they will only have to sell their assets abroad to boost their capital and liquidity with fresh money that can keep them alive.

These were the details of the news Lebanon’s banks sell their | Phalanges for this day. We hope that we have succeeded by giving you the full details and information. To follow all our news, you can subscribe to the alerts system or to one of our different systems to provide you with all that is new.