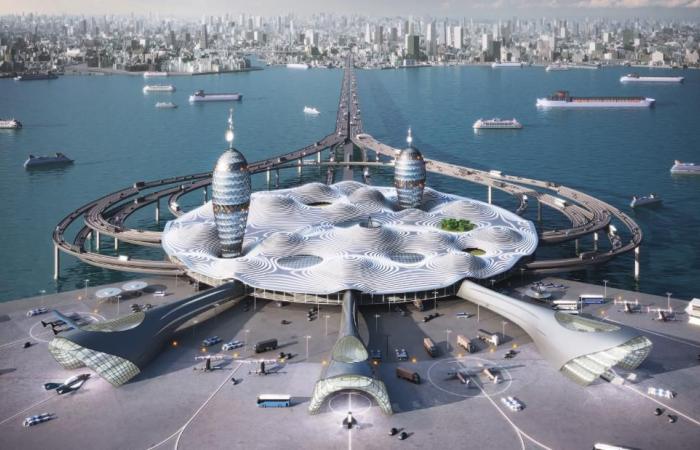 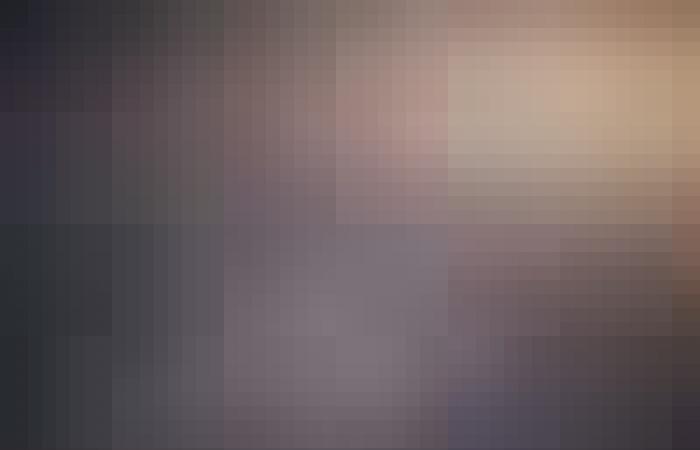 Cylindrical steel and glass towers protrude through solar panels on the huge round roof of the futuristic, four-story Spaceport City.

The spaceport rises from an island that floats in Tokyo Bay, with the skyscrapers of the Japanese capital in the background. It’s designed to launch tourists on day trips into space, where they can see the building’s huge roof – as well as see the curvature of the earth and experience weightlessness.

If that sounds like a vision of the future, that’s why. However, Noiz Architects, who designed the concept in collaboration with communications firm Dentsu, designers Canaria, and non-profit Spaceport Japan, hopes a new generation of spaceports will be built as part of the urban landscape in the coming years.

The spaceport not only offers adventurous tourists the trip of a lifetime. It’s a day trip destination in itself, with lifestyle and educational establishments designed to help earthbound visitors “become more familiar with space,” says Urszula Kuczma, project manager at Noiz Architects.

The roof of the spaceport is covered with solar panels. Recognition: Space Port Japan Association, architects from Dentsu, Canaria and Noiz

The mixed-use space includes research and business facilities, an educational academy, shops, a hotel, an astronaut restaurant, a 4D IMAX cinema, an art museum, a gym, an aquarium, and a disco – all themed space, of course.

To make the spaceport accessible, Noiz Architects’ design includes public transportation with a network of bridges that transport electric cars and autonomous trains, seamlessly integrating the floating island with the city, says Kuczma. The idea, she says, is to promote economic opportunity while inspiring people to explore the possibilities of technology and the wonders of space.

Unlike the traditional vertical rocket launchers that most of us associate with space travel, Spaceport City is designed for suborbital spacecraft that look more like airplanes and take off horizontally.

Commercial suborbital space flights are not yet available, but companies like Blue Origin and Virgin Galactic are testing suborbital spacecraft for space tourism. Virgin Galactic is a leader in the development of horizontal launch spacecraft – the type Spaceport City was designed for. The company has flown test flights with a crew and has already registered over 600 passengers for the still unscheduled 90-minute space flight with USD 250,000 per seat, which it is expected to launch as early as next year.

The spaceport is designed like an airport for suborbital spaceships that take off horizontally like airplanes. Recognition: Space Port Japan Association, architects from Dentsu, Canaria and Noiz

The company says its spaceship will fly at least 50 miles above the earth and travelers can leave their seats for a few minutes to experience zero gravity.

While space travel will take less than two hours, those who want to shoot the stars will receive three days of training before they take off, Virgin Galactic says.

Noiz Architects’ plans for Spaceport City include facilities to help space tourists prepare, says Kuczma. Space travel can be challenging both physically and mentally, she says. Therefore, health checkups at the medical clinic and training in the gym or space academy can be part of the pre-flight preparations.

Spaceport City isn’t the first urban spaceport project. In Houston, the fourth largest city in the United States and home to NASA’s astronaut program, work is underway to turn Ellington Airport into a commercial spaceport. The Colorado Air and Space Port (CASP) is just a 30-minute drive from downtown Denver.

These spaceports are located near cities to attract space-related companies and space travelers – as soon as commercial flights become available.

The four-story spaceport will be versatile: a travel center as well as an education, entertainment, retail and business center. Recognition: Space Port Japan Association, architects from Dentsu, Canaria and Noiz

Tokyo’s spaceport city is set to demonstrate the benefits of urban spaceports and bring city dwellers on board with a spaceport on their doorstep, says Hidetaka Aoki, director of Spaceport Japan.

Resistance from affected residents made some spaceport projects in other countries difficult, he says. Urban spaceports could, however, enable “point-to-point space travel,” such as a one-hour flight from Hong Kong to Los Angeles, says Aoki.

This kind of space travel is still decades away, but Spaceport Japan wants conceptual projects like Spaceport City to lay the groundwork for changing perceptions and “educating” the public about “potential business,” Aoki says.

Whether elements of Noiz Architects’ design make it into the spaceports of the future remains to be seen – but the project begins a conversation about what space travel might look like.

Kuczma hopes it will “give people a glimpse and prepare them for the concept of space as part of the contemporary landscape”.

These were the details of the news Japan wants to bring space travel to the city for this day. We hope that we have succeeded by giving you the full details and information. To follow all our news, you can subscribe to the alerts system or to one of our different systems to provide you with all that is new.