“Big Heart” launches 5 humanitarian projects in Pakistan at a cost... 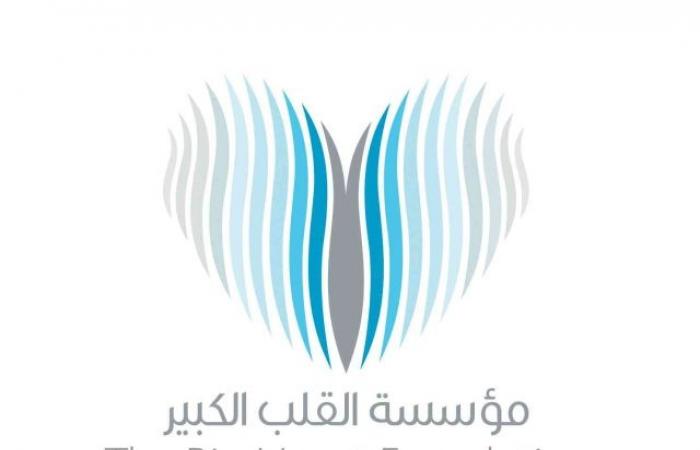 And under the directives of the wife of His Highness the Ruler of Sharjah, Her Highness Sheikha Jawaher bint Muhammad Al Qasimi, President of the Big Heart Foundation, a prominent advocate for refugee children at the United Nations High Commissioner for Refugees.

The Foundation announced that the projects include building a primary school and a secondary school, centers for teaching English, and computer skills, in addition to establishing and developing development centers, in cooperation with Pakistani partners and international institutions. The directives of Her Highness Sheikha Jawaher Bint Muhammad Al Qasimi to implement the projects came after her visit to the Islamic Republic of Pakistan at the end of last February, which included a group of humanitarian work institutions and organizations.

In order to consolidate the Foundation’s directions in promoting its projects aimed at children in need in the education sector, the Foundation began, last September, the implementation of a project to build a secondary school for girls and boys in Rawalakot, in cooperation with “Children Villages International Organization in Pakistan”, the institution specialized in providing a stable and safe environment for children. Help them to have a proper upbringing.

The $ 580,000 (AED 2,130,311) school project, slated to open in July 2022, will carry a special plaque in recognition of the Big Heart Foundation’s efforts, support and contribution to promoting children’s well-being.

In cooperation with the “International Children’s Villages Organization in Pakistan” in August of this year, the Foundation began implementing a project to build centers for teaching English and computer skills in children’s villages in Sialkot and Sargodha regions in Punjab, in addition to children’s villages in Muzaffarabad.

The project, which has a total cost of 80,584 US dollars (295,981 Emirati dirhams), has a capacity of 450 children and adolescents, and aims to support new generations with knowledge and experiences that enable them to build their professional future and invest their energy in constructive work and rewarding jobs.

The Big Heart Foundation started building the primary school in Lakhi Ghulam Shah in the city of Shikarpur in the province of Sindh at a cost of US $ 170,162 (625 thousand dirhams) in cooperation with the Pakistani Citizens Foundation. In memory of the late son of His Highness Sheikh, Ruler of Sharjah.

The Big Heart announced the provision of financial support to cover the operational costs of establishing the school for a period of five years from the date of completion of the project. The project, which was launched in June of this year, targets 180 beneficiaries and provides high-quality formal education directly, and focuses on females. It provides job opportunities for 9 teaching members and 5 employees, including 2 women.

The Foundation estimates that the number of indirect beneficiaries of the project, which is scheduled to be completed in July 2021, will reach 1,260 people.

In cooperation with the United Nations High Commissioner for Refugees, the Big Heart Foundation revealed a project to develop and modernize the Women’s Development and Care Center in Islamabad, in addition to three other centers in Khyber Pakhtunkhwa, by providing modern equipment for the professions of industrial sewing, cosmetic treatments, and information technology. The project is scheduled for completion in December 2021.

Maryam Al Hammadi, Director of the Big Heart Foundation, emphasized that the Foundation aims, through its educational and training projects in Pakistan, to support the endeavors of official and community bodies towards the permanent advancement of refugees and the needy, by providing more sources of knowledge and providing high-quality training on economic and social skills to enhance their partnership and role. In the process of developing the host countries, and rebuilding their countries after their return to it.

These were the details of the news “Big Heart” launches 5 humanitarian projects in Pakistan at a cost... for this day. We hope that we have succeeded by giving you the full details and information. To follow all our news, you can subscribe to the alerts system or to one of our different systems to provide you with all that is new.