Wall Street Journal: Will Egypt turn into a center for manufacturing... 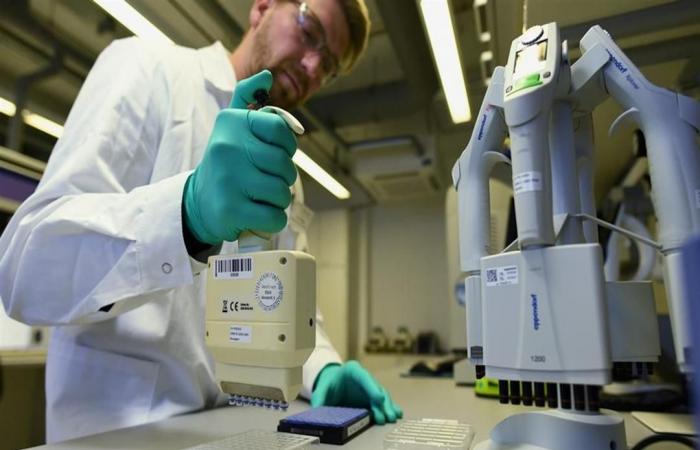 The American “Wall Street Journal” described Egypt as an important ground for world powers aiming to export a vaccine against the emerging corona virus in the developing world. She said that Egypt, with its population of nearly 100 million, its ability to manufacture vaccines, and its strategic location, has become an attractive launch platform for Russian, Chinese and Western vaccine makers.

And Chinese officials have previously expressed their desire to make Egypt a center for manufacturing vaccines for the African market, with a government company to manufacture the drug announcing the launch of a partnership with this country to start clinical trials on people. At the same time, a private Egyptian company agreed to import millions of doses of a vaccine as part of an agreement with the Russian sovereign wealth fund, according to the newspaper.

It also indicated that Egypt is currently in talks to import millions of doses of the vaccine, which is being developed by researchers at the University of “Oxford” in Britain, in partnership with the American company, “AstraZeneca” for biotechnology. While all these agreements await approval from the Egyptian authorities. The Health Ministry did not respond to the Wall Street Journal’s request for comment.

While China and Russia are also pressing other countries, including the UAE, to speed up the manufacture and distribution of a vaccine against Corona, the newspaper said that Egypt’s size, location and experience in manufacturing vaccines gave it leverage to bargain on the best prices from global suppliers, according to public health experts.

“There is a kind of geopolitics of vaccines,” said Dr. Jerome Kim, director of the International Vaccine Institute in Seoul. “They do exactly what high-income countries do, except that they don’t have the money to produce them, so they negotiate.”

The “Wall Street Journal” pointed out that Egypt, the most populous country in the Middle East, had boosted its capabilities to produce vaccines after it faced an outbreak of H1N1 flu 10 years ago. Recently, it carried out a large and successful campaign to eradicate the hepatitis C virus through testing and treatment.

According to the representative of the World Health Organization in Egypt, Naima Al-Jasser, a delegation from the international organization recently conducted an evaluation of the main vaccine factory in the suburbs of Cairo, Egypt, and found that it only needs minor adjustments to produce Corona vaccines. Which she considered “good news.”

However, Egypt’s hospitals suffered with the first wave of Corona, which made the Doctors Union warn of the collapse of the country’s health system. The authorities have reported 105,000 cases of the virus and 6,000 deaths. While the examinations were delayed for other countries. Government officials estimated that the speed of the infection would be 10 times more than the declared. Despite the low infection rate, according to official figures, officials fear a second wave in the coming months.

The newspaper expected that the Chinese-made vaccines would come cheaper and constitute a ready-made alternative to vaccines that Europe and the United States might develop, despite experts’ doubts about their effectiveness.

She said that Egypt is the fourth country to conduct tests on potential Chinese vaccines, after the UAE, Bahrain and Jordan. While promoting a possible vaccine manufactured by Sinopharma.

And she believed that the vaccination agreements may bring Egypt closer to China, in the context of several attempts in recent years to deepen relations between the two countries.

These were the details of the news Wall Street Journal: Will Egypt turn into a center for manufacturing... for this day. We hope that we have succeeded by giving you the full details and information. To follow all our news, you can subscribe to the alerts system or to one of our different systems to provide you with all that is new.